Back in March, I made a last-minute decision to go to a Los Angeles Kings game. I live in Hollywood but am originally from Boston, and I'm a diehard hockey fan, so I get my puck fix when I can.

The problem was, it was the stretch run toward the playoffs, the game was on a Saturday night, and the defending Stanley Cup champion Boston Bruins were in town.

So you'd think this would be a tough ticket, right? Wrong. I found a seat on StubHub for about half of face value and watched the Bruins down the Kings, 4-2.

What does any of this have to do with MMA? Well, as SBNation blogger Jen Neale points out, with the UFC coming to town for UFC on FOX on Aug. 4 at the Kings' home building, the Staples Center, the company extended an invite to the Stanley Cup champs, only to be met with this response from the Kings' official Twitter account: "Sorry, the Cup is only for those who play a real sport."

If TV ratings are a measure of what one considers real sport, the Kings come up short. After all, the UFC has held three live events on FOX, and have averaged 4.25 million viewers. This year's Stanley Cup Final, meanwhile, featured teams from both the New York metro area and Los Angeles, the two biggest markets in the country. The Kings and New Jersey Devils averaged 3.01 million viewers for four NBC broadcasts (We'll be polite and not even mention Game 3, which did 1.74 million viewers on NBCSN).

That was a 34 percent dropoff from 2011, which featured the No. 6 U.S. market, Boston, against a club from Canada, Vancouver.

The Kings apparently realized their error, deleting the "real sport" tweet, then adding "We may be busy parading our big shiny trophy around the world." Maybe. But given that Kings season tickets for next year are still available in 12 of 16 price ranges in spite of their Cup win, and given that I was able to get a ticket at a huge discount for a big game as late as March 24, presumably this means they're giving each individual Kings fan their own day with the Cup. 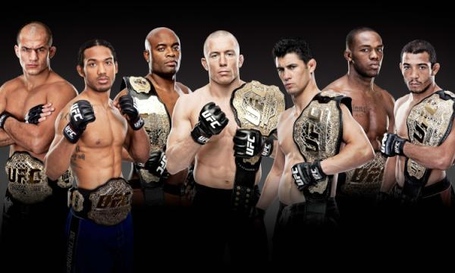