Now, on a scale of 1-to-10, my guess is that sentence wasn't nearly as surprising as it probably should've been. One of Bill Simmons' most popular sportswriting memes is the ‘Tyson Zone,' which signifies an athlete whose behavior becomes so outrageous, an individual would believe any story about the athlete, regardless of how odd it may seem. Well, if Diaz hadn't reached the Tyson Zone before yesterday, he certainly has now. (Say I told you Diaz went out, bought a monkey, got it high just 'cause, then gave it away to a homeless man. You'd believe me, ergo, Tyson Zone.)

Besides its audaciousness, this lawsuit is fascinating for three reasons:

1.) Diaz may actually have a very real, very legitimate case here. Under Nevada law, the commission is required to "determine the outcome through proceedings related to the order of a summary suspension within 45 days of the date of the suspension." Despite protests from Deputy Attorney General Chris Eccles that Diaz would not be heard until his medical marijuana card was produced, the lawsuit maintains that "Diaz and his lawyers made repeated attempts to reach the NSAC to obtain a formal hearing to finally adjudicate the NSAC's complaint without any response from Executive Director of the NSAC Keith Kizer." If that is indeed true, Diaz's case immediately becomes a very sharp thorn in the side of the NSAC.

2.) The precedent this could set has the potential to be resounding. While Diaz's case is an extremely centralized one, a victory would go a long way to shattering any remaining sense of invincibility that exists behind the commission. Diaz fought the law and Diaz won. That message cannot be overstated.

3.) On the same day his brother says Diaz just isn't that interested in fighting right now, Nick states in a sworn affidavit that he "would be prepared to compete against Mr. Condit or against any other opponent deemed suitable immediately." Now, even if the idea of Diaz referring to Carlos as Mr. Condit is laughable, the significance behind his words is clear. Diaz is still angry at how UFC 143 went down. He's far from retired. And he wants revenge.

When it comes down to it, as someone who personally loves watching the violence Diaz brings with him to the cage, isn't that really the most important part of all this?

Nick Diaz sues Nevada State Athletic Commission. UFC welterweight contender Nick Diaz filed a lawsuit against the Nevada State Athletic Commission for alleged violations of statutory law and his Constitutional rights to Due Process. Within the sworn affidavit, Diaz states he is prepared to fight Carlos Condit "immediately" if the suspension is lifted.

The hurt business: epilogue. In the final installment of 'The Hurt Business,' Ben Fowlkes looks back on a tumultuous year inside the Grudge Training Center, and tries to make sense out of lessons learned in and out of the cage.

This feels appropriate given the circumstances.

It's unbelievable, but this seems to be a video of Alistair Overeem visiting his testosterone-happy doctor, Hector Oscar Molina. Even Tra Telligman, the former fighter who Overeem says hooked him up with Molina, makes an appearance. (HT: MMA Mania)

Since his Overeem-dos Santos promo quickly became outdated, NickTheFace stepped up his game to pump out this Tarantino inspired Mir-dos Santos trailer.

Regardless of political affiliation, we can all appreciate this Chris Lytle campaign ad for his run to the Indiana State Senate. (HT: MiddleEasy)

That has to be the most boss warzone watch ever. Seriously, look at the size of that thing. Click for larger size. (HT: MiddleEasy) 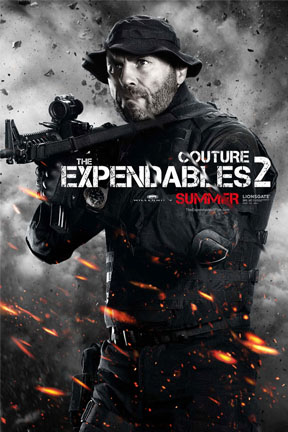 BIG NIGHT FOR THE JONES'

Today's Fanpost of the Day is a heartfelt open letter from BE's benten20: Thank You MMA for everything: A letter of thanks

Most of the time we all joke around on here but every once in a while, someone posts a serious fanpost about themselves or some other serious matter. This fanpost is about what the sport of Mixed Martial Arts means to me and what is has done for me. For most of my school life in both elementary school and high school, I was bullied. Physical, verbal, and mental abuse which only got worse as the years progressed. It got so bad I felt i had to go a high school that was out of Brooklyn just to make sure no one from my old school would be there.

Turns out that being the short chunky kid who is not good at sports and is a nerd isn't the best combination for making friends. 9th and 10th grade were two of the worst years of my life as i was constantly picked on a belittled. I had my head slammed into a concrete wall, was thrown out of a moving van, pushed down a staircase and I'm leaving out the mental and verbal abuse. By 11th grade I hit my growth spurt and starting pumping iron. Towards the end of the year, people seemed to curiously stop picking on me. I began to think maybe things would change.

Turns out that didn't happen as there is always someone who's bigger and stronger. By 12th grade i was probably one of the bigger guys but this one guy made my life a living hell. He abused me and made me his rag doll nearly breaking my neck. He broke my phone and told me it was my fault for being in his way. Just for good measure he stole the only girl that i was ever close with. I figured it was just him but turns out lots of people had to join however they can as someone made a poll with the title: should Ben kill himself. By the time high school finished i had no confidence in anything I did. I was an empty shell who didn't care about life.