Nick Diaz is back and he's about to face a world champion. A few months ago that sentence would have caused half of the MMA community to spontaneously combust, but since then the whole retirement/suspension thing has dampened that excitement.

Still, even if Diaz is considerably outmatched (which he is), his BJJ super-fight against Braulio Estima proves one thing. Nick's thirst for competition is still strong. Cesar Gracie can say we haven't seen the last of Diaz all he wants, but the best evidence is seeing with our own eyes. And now we have.

Rashad Evans looks back on the way things were. UFC 145 headliner Rashad Evans reflected back on his relationship with Jon Jones and the team at Jackson-Winkeljohn, remembering the moment when it all changed.

TUF ratings continue to drop despite live format. Ratings for The Ultimate Fighter Live on FX hit a new low last week, leading to speculation of the reason behind the declining numbers.

MMA law requires us to use the 209 news as an excuse to revisit Diaz's greatest moment of in-fight grappling wizardry. Besides, has anyone ever said the phrase, "Na, I don't feel like watching Nick Diaz vs. Takanori Gomi right now?"

Randy Couture is probably the toughest 48-year-old on the planet right now, so if you disagree with his rankings of MMA's top pound-for-pound fighters, we encourage you to take it up with him. (HT: Reddit)

Joe Rogan, Bas Rutten and Josh Barnett engaged in some grappling shenanigans on HDNet's Inside MMA, with Rogan demonstrating a super-slick way to take someones back from half-guard, only to be immediately shown up by Barnett's ninja prowess.

Par Barry's haircut is coming along rather nicely, don't you think? (via @HypeOrDie) 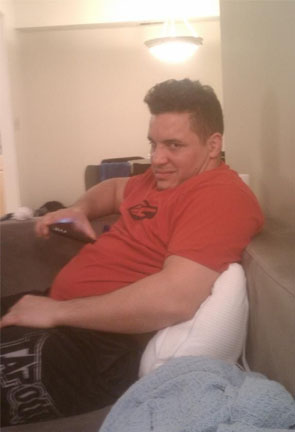 I love the MMA media's obsession with Fael. After the Brazilian kicks his head in, I'm going to end his career.

Today's Fanpost of the Day is an remarkably extensive thesis from Bloody Elbow's Mike Riordan: A Theory On Successful Wrestling Translating To Successful MMA Wrestling

It would be nice to have an imaginary world where we could reliably predict a wrestlers success in MMA by watching to see how they blast through double leg takedowns again and again. However, we live in the real world and that simple reduction of the difficult crossover process of a very complex set of skills does not work.

The problem is that at the moment, we have many different wrestlers-turned-MMA-fighters that exhibit many different styles and experience varying degrees of MMA success. Outward signs of "physicalness" or aggression as a wrestler are not enough. Whether clearly demonstrated or not, a wrestler achieves elite levels collegiately or internationally possesses more than adequate "physicalness" to succeed in any martial art and it is their processes and set-ups that lead to success that is more important. As a result, watching a wrestler use a double leg again and again successfully in a wrestling match does not mean that he would be a good fit for MMA.

This is relevant to American folkstyle and freestyle wrestling and perhaps to the future of MMA talent evaluation.

What style of wrestler will translate in the best MMA fighter? This question untrimmed and unqualified is impossible to answer. Few wrestlers can be reduced to a style or type, and most elite wrestlers have risen to their place in the sport through a level of refinement that leaves them completely anomalous.

What I want to do is begin a live discussion of, if not an answer to, a more manageable question. What sort of wrestling attack style will yield the best offensive wrestling results in MMA?