Let's just talk as adults for a second. It's absurd for mixed martial arts to be banned in the year 2012. The stereotype of ‘human cockfighting' doesn't exist anymore. States like New York keep this pretense up solely for political purposes.

Well, get ready to hear a new excuse.

According to several recent reports, the great state of Oklahoma has threatened to join the ranks of the old-timers in a slightly different way. Not only is MMA on the chopping block, but so is the rest of combat sports. Permits for boxing and even professional wrestling will no longer be accepted effective March 31, 2012. The reason? Just a little ruckus with the Zuffa brass.

Battle between UFC and Oklahoma on PPV revenue leads to statewide ban on MMA. The Oklahoma Athletic Commission has imposed regulations to deny applications for combat sports events after March 31, 2012, due to a disagreement with the UFC regarding the state's 4-percent pay-per-view tax.

Suing UFC fans isn't the way to combat Internet piracy. Ben Fowlkes presents the most logical response to the UFC's odd declaration that fans who stream pay-per-view events aren't actually fans at all.

Video roundup: 2012 NCAA D-1 wrestling championships. Scout out the next MMA star with a collection of the 2012 NCAA Wrestling Championships' top moments.

Not so fast. Dan Henderson says he wouldn't fight Chael Sonnen if he ends up the champion.

Check out Ronda Rousey as she talks about her infamous movie theater brawl and waxes poetic about fighting to regain our humanity on ESPN's Dan Le Batard is Highly Questionable.

Cung Le and Jean-Claude Van Damme embarking on a trail of justice with Dan Henderson and Gilbert Melendez cameos? Shut up and take my money.

Normally we try not to include videos that have embedding disabled, just on basic principle. But when you find the best spinning backfist tutorial ever created, you take it and run with it. Click the handsome fella below to watch. (HT: Reddit) 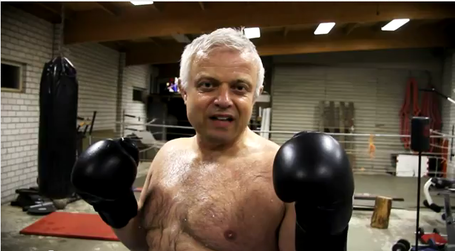 Award-winning filmmaker Morgan Spurlock shadowed Mayhem Miller for the latest episode of Hulu's A Day in the Life series.

So Chael P. Sonnen has a book coming out. What's it about? He shall tell you: Presence. Tenacity. Insight. Omniscience. No need to look these words up. They are defined by yours truly. Who am I? I'm the one who needs no introduction, the walking thesaurus, the UFC's most infamous and feared destroyer of men. I am Chael P. Sonnen, and you want to be just like me. Click the cover to check out the pre-order you want so badly. 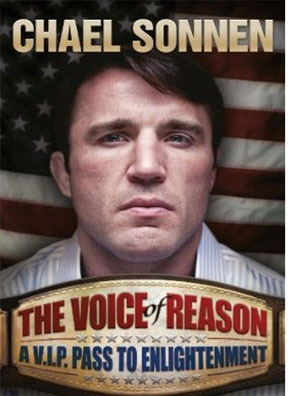 I'm absolutely in love with my team right now. the energy and work ethic in the room has been second to none lately #JacksonsMMA

Today's Fanpost of the Day is a handy guide from MMA Mania's 420mike: Ranking the top 20 MMA organizations of all time

For any new or casual fan of mixed martial arts that knows the Ultimate Fighting Championship (UFC) is not the only MMA show in town, it can be difficult to gauge the talent or legitimacy of some of the national and regional organizations.

In fact, there are so many smaller organizations that even the most hardcore of the hardcore MMA fans couldn't name 80-percent of them.

My FanPost will try to break down a good portion of the current leagues into four Tiers: Major Leagues, Minor Leagues, "C" Leagues, and "D" Leagues, along with some now-defunct organizations and also a overall ranking.

The criteria I will use are number of shows, years of operation, validity of matchmaking, television deals, whether they hold regional, national, or International shows and most importantly, strength of roster. (Note: when it comes to rosters, it is every notable fighter to ever fight in that organization.)