UFC 143 coverage is officially kicking into high gear. There's tons to check out including our UFC 143 open workout photo gallery, Ariel Helwani's interviews from the same event, Ben Fowlkes' interview with Roy Nelson, pre-fight presser video and the like. Now, start your day with these five can't-miss links:

Open workouts interview with Nick Diaz. Ariel Helwani talks to Stockton's own about the cameras of UFC Primetime, his dislike of editing, and a burgeoning rivalry with Georges St. Pierre.

Floyd Mayweather vs. Miguel Cotto slated for May 5. Boxing's biggest draw hits the ring on the same night of UFC on Fox 3.

UFC 143 media scrum interviews. Bloody Elbow's Matt Roth and the rest of the media talked to GSP and Nick Diaz. Check out his videos of these extended conversations.

Remember Josh Haynes? The TUF 3 finalist who almost had his scalp ripped off by Rory Singer? Apparently he's a cop now. (HT: The Underground)

From one legend to another, Mike Tyson discusses the career of Fedor Emelianenko.

How many Ivy League-schooled Wall Street stockbrokers can count both ceramics and mixed martial arts among their hobbies?

@ufc
UFC Least likely fighter tweet ever? RT @JohnCholish Just got the bowl I made on the clay wheel, not too shabby!! http://t.co/lFOS4G3w
Feb 01 via web Favorite Retweet Reply 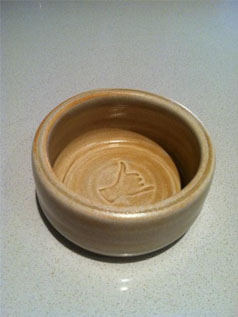 Something to look out for on Saturday night.

The official UFC Undisputed 3 predictions have proven to be startlingly accurate so far, but will the trend continue?

Did you miss any fight announcements? Here's what was announced yesterday (Tuesday, Feb. 1, 2012):

FanPost of the Day:

Today's FPOTD belongs to BE reader Luke Nelson: UFC On FOX: Has The UFC Botched Their First Two Tries?