Saturday is long gone, but the Condit vs. Diaz controversy somehow rages on. The fallout continued in spades yesterday, from Cesar Gracie's belittlement of the judges, to the Condit camp's refusal to sign a rematch. Catch up on all the back-and-forth with today's edition of the Morning Report.

Greg Jackson: stick-and-move strategy was "no-brainer." Unsurprisingly, Jackson adamantly defended the pro-Condit decision, explaining, "it's not like we reinvented the wheel."

Carlos Condit's camp not interested in Nick Diaz rematch. Despite the war of words, Condit's manager made it clear that the interim champ has absolutely no interest in an instant rematch.

Brandon Vera explains his withdrawal from Thiago Silva rematch. Beset by a backlash from fans, "The Truth" took to Facebook and clarified his abrupt decision.

Yup, this is somehow from the exact same event. This time Braedon Ward and Brandon Bishop suffer a double KO in the most bizarre way imaginable. (HT: Bloody Elbow) 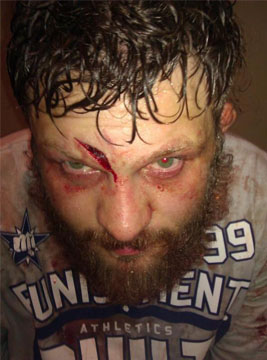 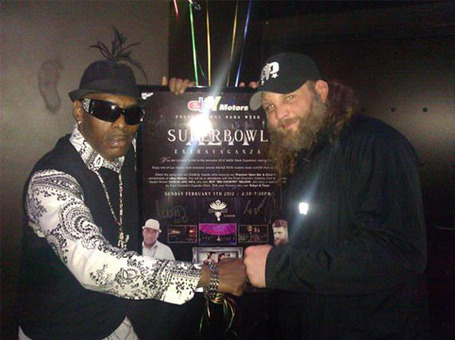 @TimKennedyMMA
Tim Kennedy The vampires in Underworld are what vampires are supposed to be like. Not that g** glitter crap.
Feb 06 via Twitter for iPhone Favorite Retweet Reply

Nik Lentz has a simple solution for all the controversy.

@NikLentz
Nik Lentz Ufc mma If you are upset at the Diaz/Condit fight, there is a simple fix..Make the cage smaller. Larger areas favor reach, height and evasion. #UFC
Feb 06 via Seesmic Favorite Retweet Reply

@sonnench
chael sonnen I wouldn't pack for June in Brazil just yet, Eagles. Grab a coat, though, because if this happens Hell is frozen.
Feb 06 via web Favorite Retweet Reply

Today's FPOTD belongs to BE reader KGNLuc: Greasing with water: The tragic, almost complete transcript of what was said in Nick Diaz's corner during UFC 143.

A lot has been said and written about Nick Diaz' fight with Carlos Condit. One point of discussion has been Diaz seeming inability to adapt in a fight that was at least close or - in the opinion of many fans and more importantly the judges - he was losing. Personally I thought Diaz did win the fight, but this is definitely a case of "could've gone either way". More interesting to me is the question, what was going on with Nick, whether he was following a gameplan, if he really did get bad advice by his corner and so on. Luckily, the UFC provides an audio-stream straight from the corner of Nick Diaz. Even more luckily for you gentlemen I had the insane idea to make a transcript of the high-points for the poor suckers who do not get these streams for free like us germans.

Found something informative, entertaining, brutal, or just plain bizarre for the Morning Report? Hit me at @shaunalshatti and we'll include it in tomorrow's post.