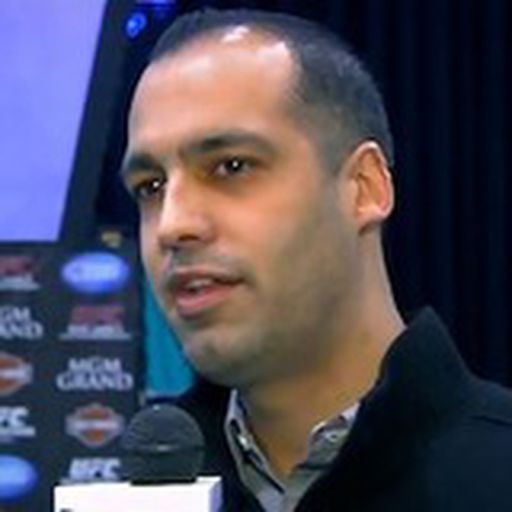 Mike Chiappetta has worked for MMAFighting.com since 2009. Prior to that, he launched mainstream media coverage in mixed martial arts with the creation of the first full-fledged MMA section on a major sports site at NBCSports.com in 2006. He's also been a writer and contributor for ESPN.com, Spike and Fight! Magazine, among others, and appeared as an analyst on countless television shows and radio programs.

Gilbert Burns arrived with a flourish, but the real world stole the show last night

So, the promoters of ‘Fight Island’ think Jon Jones’ contract demands are absurd?

The Great Divide: Is Henry Cejudo really going to call it quits?

We debate whether "Triple C" is ready to walk away from MMA.

For one night, Walt Harris and Alistair Overeem exemplified the heart of fighting

A reminder after UFC Jacksonville: Throwing in the towel is not an act of weakness

Starting May 9, there will be blood — and hopefully that’s it for the UFC

The UFC will return with three events in a week in early May.

The Great Divide: Is bumping Ferguson-Gaethje ahead of rebooking Khabib-Ferguson the right call?

We debate whether the UFC is doing the right thing in the wake of the most recent Khabib Nurmagomedov vs. Tony Ferguson cancellation.