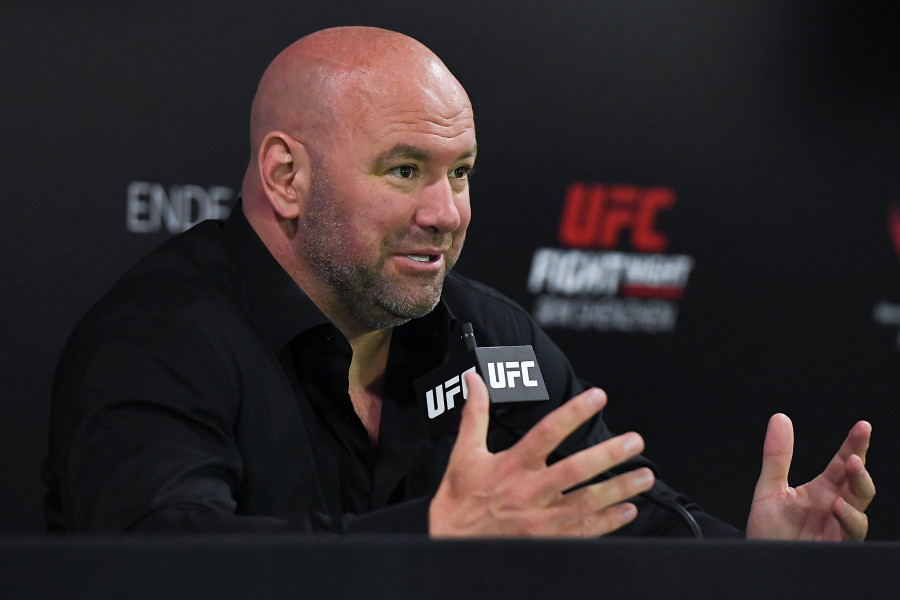 If you follow UFC at all, then you have probably heard of Dana White. As the president of the UFC, White is a main face of the sport and is known for creating the largest events and biggest fights to ever take place. He even had a hand in bringing back Conor Mcgregor when he took on Donald Cerrone in Las Vegas in January 2020. But who is White really? How did he become the president of the UFC?

Born in Manchester, Connecticut in 1969, Dana Frederick White Jr. took up boxing when he was 17 years of age. He graduated high school in Maine in 1987 and then worked to begin a career in top-level sport. White would gain ground in the fighting world and eventually switch to the manager position for fighters.

He was the manager for big names like Tito Ortiz and Chuck Liddell. Eventually, White would hear that the UFC was looking for a buyer. He knew Lorenzo Fertitta, a Station Casinos executive. After speaking with Fertitta, the UFC was purchased by Lorenzo and his older brother Frank, putting White in the president position. The brand was purchased for $2 million.

Over the years, the UFC would gain in popularity, becoming a top option for sport bettors. Fans of the UFC tend to wager on their favorites before a big fight with potential to earn large cash earnings based on various odds. Players love using judi online sbobet to gamble on different sports in the hopes of earning a major payday. In 2005, a reality show was created titled The Ultimate Fighter, which also helped the sport to become even more popular.

Fast forward to 2016 and the UFC was sold to private investors for more than $4 billion. It was reported that White would earn a 9% cut of all future profit from the sale.

White was able to get involved in the UFC early on and use his knowledge to push the sport to a new level. Over the years, the company expanded and now, White’s net worth stands at around $500 million. He makes millions each year just due to UFC profits based on his small share of the company.

Along with his efforts to push the UFC to new heights, White has been dealing with Meniere’s disease. The disorder affects the inner ear, causing vertigo and ringing to take place. Back in 2013, White traveled to Germany to undergo a procedure involving stem cells. He now says that the treatment cured him 100%.

After the procedure, White said he felt like a new man, able to travel and workout again. He has been doing everything he used to do, feeling like a million bucks.

For now, White stays busy with UFC events. As sports have been shutdown in the US as of late due to the coronavirus, White has now decided to look into securing a private island so that upcoming events can still take place. Whether, this actually will happen remains to be seen. White is persistent so we could see UFC fights coming back during this time of crisis via a private island showcase.