Jan Blachowicz is currently in talks to face one undefeated UFC star and he’s long had another in his sights.

The feud between Blachowicz and Jon Jones is nothing new as during Jones’ time as UFC light heavyweight champion, he entertained the notion of someday facing the Polish standout. That matchup makes even more sense now, with Blachowicz having captured the 205-pound belt that was made vacant in the wake of Jones impending move to heavyweight.

At the moment, the talk is that Blachowicz’s first title defense will be against middleweight champion Israel Adesanya. Blachowicz is excited about introducing Adesanya to the light heavyweight division—and potentially handing Adesanya his first loss in MMA—and further down the road he sees himself making his own jump up a division, especially if that’s what it takes for him to get his hands on Jones.

“I would like to stay in 205 a little bit longer,” Blachowicz said in an interview with Submission Radio (transcript by Denis Shkuratov). “But it’s also hard because nobody knows what Jon Jones is doing right now. Even the UFC says that they don’t talk with him about his next fight. So, nobody knows what he’s doing.

“But, I believe that I will catch him later in heavyweight. I think two more years at 205 and then I will go to heavyweight.”

As Blachowicz pointed out, Jones’ immediate plans are a mystery and it’s entirely possible that he returns to 205 pounds to face either Blachowicz or Adesanya. Jones recently downplayed the idea, going as far as to say that defeating either man would do nothing for his legacy compared to capturing a second UFC title at heavyweight, but Blachowicz believes that’s all bluster.

Blachowicz is used to being overlooked. He lost four of his first UFC six fights before hitting the 8-1 stretch that has taken him to the top of his division. On his current four-fight winning streak, he was actually the betting underdog against Dominick Reyes, Corey Anderson, and Luke Rockhold, all of whom Blachowicz finished via strikes before the third round.

A little trash talk from Jones isn’t going to throw him off.

“Come on, that’s bullsh*t,” Blachowicz said. “Even to think like this. He is afraid, and that’s why he says these kinds of things. That’s it.”

Jones technically has one loss on his record, but it came via a dubious disqualification in a 2009 bout against Matt Hamill that Jones was dominating before being DQ’d for the use of illegal downward elbows. Even if Jones’ move up to heavyweight proves to be a bust, Blachowicz will still take pride in welcoming him back to light heavyweight and handing him his first loss there.

“No, because that’s gonna be his first loss at heavyweight,” Blachowicz said when asked if it will mean less if a heavyweight beats Jones first. “I’ll give him first loss at 205, or maybe heavyweight. We will see. But, he does everything to not fight against me.

“So, what can I do? He promised me this fight after Corey Anderson, and after couple of months he go to heavyweight. What the f*ck?”

With a child on the way, Blachowicz is targeting March for his first title defense. If it’s not against Adesanya, Blachowicz expects to face surging veteran Glover Teixeira, who has won five straight fights.

Blachowicz will worry about Jones after that.

“First of all, I have to win against Glover or Israel, and after this fight we can talk about Jon Jones,” Blachowicz said. “I don’t care. I believe I catch him in future somewhere, at 205 or in heavyweight.

“Or maybe I’ll go to Albuquerque and go to his gym and we do sparring on the mat. But I believe that I have to fight against him somewhere, just for myself.” 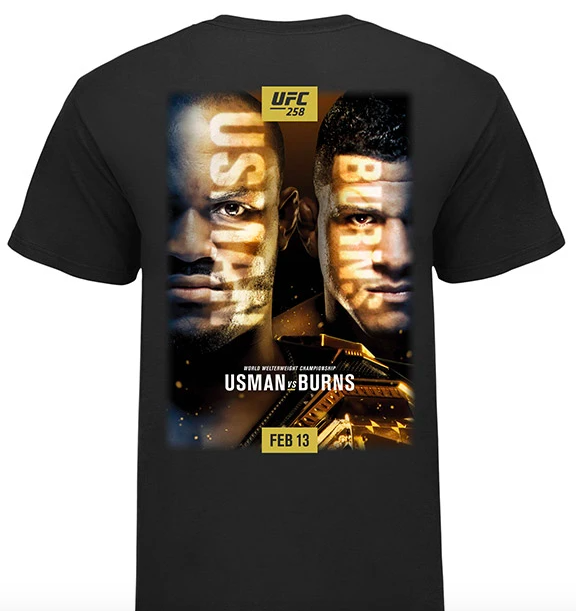