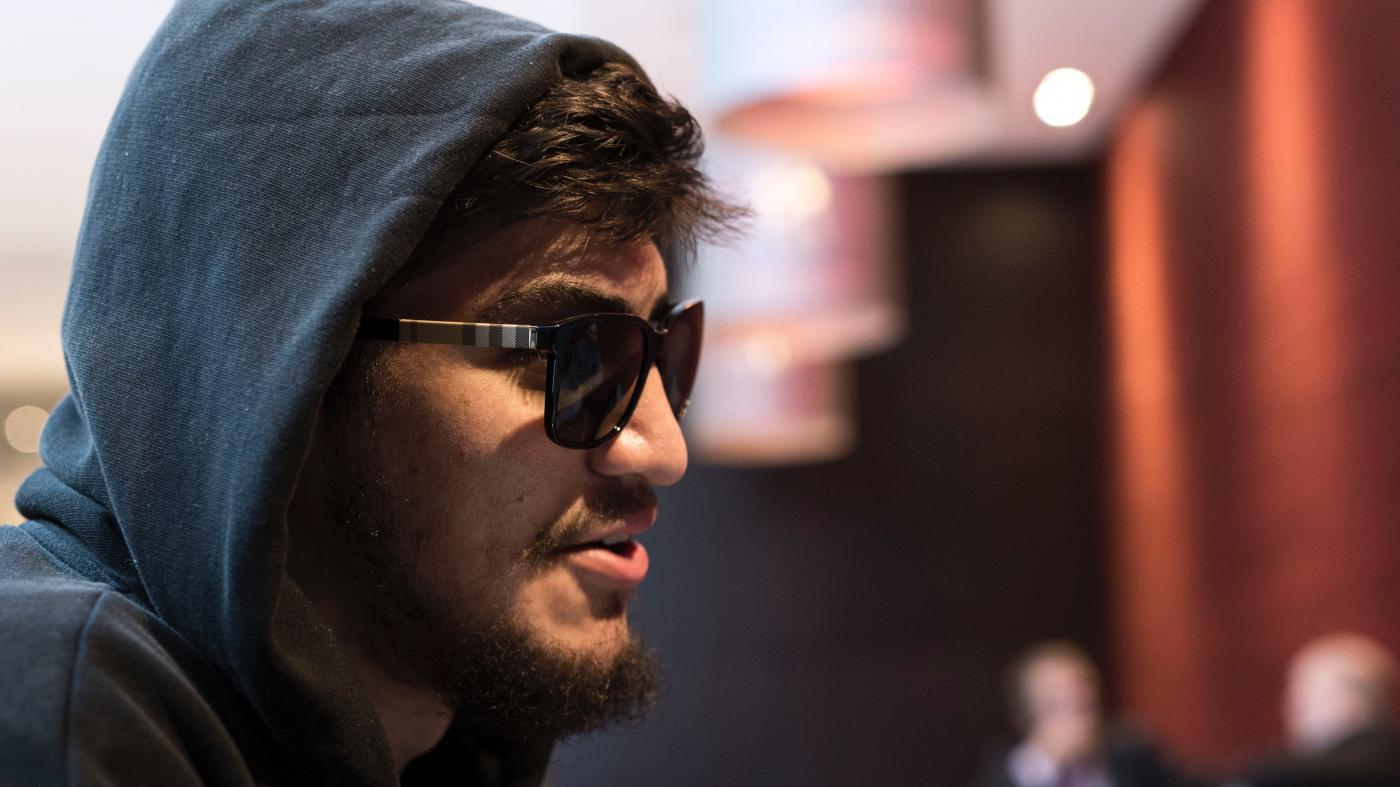 I'm an avid MMA fan. This is no secret amongst my friends and family. I buy every UFC PPV, watch every Bellator event, I have a Fight Pass subscription, and I even do my best to watch every episode of TUF—and that includes the international seasons.

I know, I know. If I enjoy TUF, I must be a newb. Feel free to crucify me in the comments.

Despite my irrational fandom, my knowledge only goes so far. One thing that I lack in, is my knowledge of high-level grapplers. I hear a lot of names get tossed around on Chael Sonnen's podcast but I admittedly have never purchased a grappling event. Outside of MMA fighters competing in Brazilian-Jui-Jitsu tournaments, I've never gotten to know any of the competitors.

But then along came Dillon Danis... Who the fook is this guy?

My initial research taught me a few things:

Dillon Danis was born in New Jersey. After choking somebody out in a street fight, he began training Brazilian-Jui-Jitsu (BJJ) at the age of 15. He also decided to take up wrestling with a coach by the name of Jason Lodato. When he began his grappling journey, he admittedly couldn't do so much as one push up. Nine years later, he is a BJJ blackbelt under Marcelo Garcia.

So how does a grappler without so much as a Wikipedia page become the biggest 0-0 signing to a major MMA promotion since CM Punk? The same way a 15-year-old kid who couldn't do a single push up became a feared BJJ black belt. He did it through hard work.

Dillon began receiving media attention after he started hanging out, and training with UFC superstar, Conor McGregor. After McGregor was submitted by Nate Diaz in March of 2016, he became obsessed with improving himself. One of the byproducts of this loss was McGregor flying Dillon Danis out to SBG in Ireland. Danis would help to fortify Conor's BJJ. But what prompted Conor to choose Dillon?

For starters, Dillon is highly credentialed, and has several notable achievements to prove it:

Unlike the majority of Conor's training partners, Dillon made special use of the microphone when it was his turn to talk to the media. During the tornado that was UFC 202, Dillon infamously said he wanted to fight Nate Diaz. Nate also made it known that Dillon Danis was on his "hit list" post-UFC 202. Danis wasn't the only person from Conor's camp to talk about fighting Diaz. McGregor's movement coach Ido Portal alluded to fighting him after Nate had some choice words for Portal at a UFC 196 press-conference.

Any non-fighter calling out a professional fighter should probably just shut their mouth. I think most fans would agree with this sentiment. But then it happened; Dillon Danis put his money where his mouth was and signed with Bellator MMA.

Some grapplers will only compete under certain rules. Dillon has a "no excuses mindset" and is willing to grapple in any format. It's no surprise that he was drawn to the sport of MMA. Since signing with Bellator, Danis has made several headlines. While callouts of MMA competitors were once brushed off as an outsider trying to make a name for himself, there now seems to be some truth to the confidence being portrayed by the BJJ phenom.

Dillon's roller coaster into MMA confrontation is climbing towards an imminent freefall when he takes on Jake Shields in a grappling match at Chael Sonnen's Submission Underground 4. Danis last encountered Shields during the bottle throwing fiasco that took place at a UFC 202 press conference in Las Vegas, Nevada. Judging by recent interviews and social media posts, both Shields and Danis are picking up the rivalry right where they left off. The event is happening on May 14th at the Roseland theater in Portland, Oregon. I hope that Chael is hiring extra security for this event. Something tells me that Dillon may be fighting some MMA fighters well before his Bellator debut.

It's that excitement and marketability that has me planning to buy this event. It's not just the SBG vs Skrap Pack magic that has convinced me to pull out my wallet. This matchup could just as easily be Gunnar Nelson vs Jake Shields and I wouldn't be as interested. (although that would be a fantastic matchup) It's Dillon Danis. He's running his mouth and he seems prepared to back it up. There's something exciting about a competitor who is willing to put their ego on the line.

So who is Dillon Danis? At the moment, he is a 24-year-old prospect who exudes confidence. But similar to what Dana White once said about Conor McGregor, if he can fight, even a little bit, we just might have a new star on our hands.