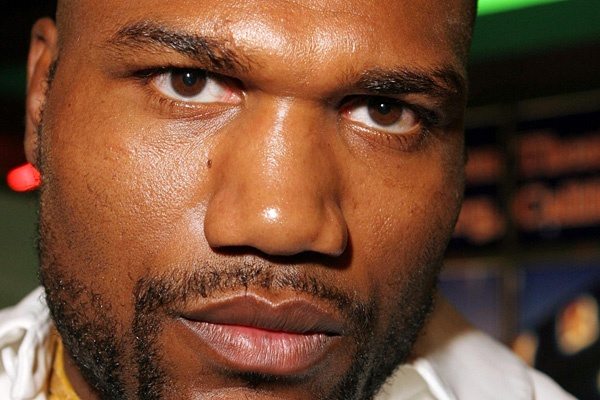 Quinton "Rampage" Jackson recently competed in his final fight on his Bellator contract. It marked his first loss in the promotion. Leading up to the fight, Rampage made mention of his ongoing difficulties with an underactive thyroid. The condition has caused him to experience rapid weight gain.

As fans, we often miss out on the battles that fighters face outside of the cage. So when Rampage came into his last few bouts weighing in at 215 pounds and 224 pounds, it might have been mistaken as pure laziness--and maybe part of it was. But after hearing of his thyroid condition and seeing him weigh in at a career high of 253 pounds, I think we all realized that there was more to the story.

Rampage is closing in on 40 years old. Over the course of 18 years, he’s had multiple surgeries, and he’s competed in nearly 50 professional mixed martial arts bouts. Despite his natural gifts and his astounding durability, 18 years is a long time to put your body through prize fighting. Like every one of our athletic heroes have or will, Rampage has physically diminished. Knowing how poorly he responds to criticism, I feel guilty for even typing that. In fact, I probably hate typing it as much as he would hate reading it.

Over the years, Rampage has been interviewed more times than he can probably count. Although a good portion of his interviews are layered with his unique brand of humor, he sometimes shares both introspective and painful moments as well. He’s often made light of his misfortune by joking about it, but his words seem to paint a different picture.

"I feel like I’ve been taken advantage of most of my career." -Rampage Jackson, 2015 Inside MMA

Rampage isn’t the first fighter to feel like they’ve been taken advantage of in the fight game. Many fighters in the twilight of their careers face the realization that they aren’t prepared for life after fighting. They have no retirement fund, and a pension plan in this sport is non-existent. It’s easy to overlook retirement whenever you’re young and invincible. I suspect there is no stronger feeling of invincibility than that felt by a young world champion.

Jackson hasn’t always been specific about who has taken advantage of him. But back in 2008, he alleged that his former trainer and manager Juanito Ibarra mismanaged his finances, and had ultimately betrayed his trust. This was right around the time that Rampage controversially lost his championship belt to Forrest Griffin. Although Rampage never pointed to it directly, the loss of his belt could have only made matters worse. In the following weeks, he slipped into depression. He lost his appetite and he wasn’t sleeping very well. This went on for days. Malnourished and mentally exhausted, Rampage uncharacteristically lead the police on a chase while driving in the wrong direction on the streets of Southern California. After having his tires blown out, he was arrested at gunpoint. To this day, Rampage claims he was delusional and hearing voices during the chase.

Sometimes the person who makes everybody laugh is the unhappiest of them all. Robin Williams reminded us all of that after taking his own life in 2014. Rampage jokingly discussed missing his ex-girlfriend on a recent episode of The MMA Hour. He also publicly made mention of not being close to his family like he used to be. Jackson somberly spoke about his family as if their relationship was a thing of the past.

Maybe Rampage isn’t as happy as he sometimes leads on. Maybe he’s become depressed again. And maybe, just maybe, Rampage uses humor to avoid facing the sadness that comes along with being on the wrong side of his prime athletic years. As I write this, I can’t help but wonder if Rampage’s car chase from nine years ago, was a cry for help. I don’t mean to imply that he has struggled with depression consistently since as far back as 2008. (although one could make the case) I just wonder if maybe he doesn’t handle some of his hardships as well as he leads on, and maybe sometimes it leaves him feeling depressed. It isn’t always easy to be in the spotlight; especially when that spotlight begins to shine on the things that you don’t particularly like about yourself.

"A lot of times, the fans can be overbearing. Like if you lose a fight, they don’t let you forget." – Rampage Jackson, Larry King 2015

I saw so many criticisms for Rampage in this last fight.

"He came in over weight."

"He gassed out too quickly."

"The fight was boring."

Rampage deserves respect from the fans. Two decades of putting your body on the line for the entertainment of spectators should at the very least, earn you some respect. He also deserves to continue competing if that's what he wants to do. Fighting is where Rampage has found his identity. What else could be driving him to go all 3 rounds while carrying 40 extra pounds of body weight? Maybe he’s just trying to hold on to the one thing that has remained constant. It’s no secret that his relationship with the sport has been tumultuous at times, but it’s also been a major part of his lifestyle for over half of his life.

Never underestimate the importance of listening. Some may assert that I’m being presumptuous. I would counter that I’m being speculative and raising worthwhile questions. I encourage you to listen to some of his interviews and to draw your own conclusions.

Rampage has made himself more accessible to his fans through his Twitch account. You can view live streams of him at: Twitch.com/RampageIsHuman. I like to think that his "Rampage Is Human" link is another message for fight fans. Despite his tough exterior and his larger than life personality, Quinton Jackson is an imperfect human being just like every single one of us. But don’t just take it from me: