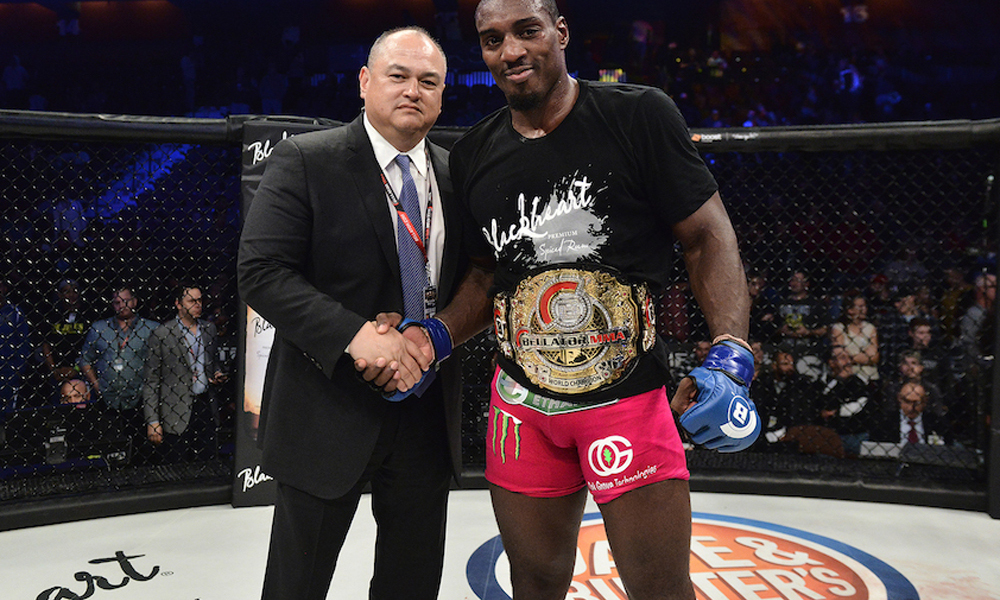 I’ve always enjoyed MMA tournaments. I think that's because I've rarely gotten to see them. Tournaments that have excited me the most were usually created by unique circumstances--the 2011 Strikeforce heavyweight tournament comes to mind.

At the time of the event, the Strikeforce heavyweight division was arguably better than the UFC’s heavyweight division. As the second-place promotion competing against the industry Titan, a tournament was the perfect way for Strikeforce to showcase their divisions’ might. The tournament combatants included Ubereem (different from Alistair Overeem), Fedor Emelianenko, Josh Barnett, Antonio "Bigfoot" Silva, Fabricio Werdum, Brett Rogers, Sergei Kharitonov, and Andrei Arlovski. They even had Daniel Cormier available as an alternate. I still remember seeing the betting odds for that event. As an alternate, the odds of Daniel Cormier winning this thing were ridiculous. I’m a little late, but congratulations to anybody who took that bet early on.

Bjorn Rebney and Bellator utilized the tournament format as well. In fact, they used it consistently for six years. There were some decent names who came through these tournaments—Ben Askren, Joe Warren, Ben Saunders, Hector Lombard, Eddie Alvarez, and Douglas Lima to name a few. Their whole business model revolved around tournaments. But even I, a self-proclaimed tournament enthusiast had had enough. It was too much. This unique format that was normally a unicorn in the sport of MMA had become a common donkey—grayer than the Bellator cage floor.

It’s funny that when I thought about a good tournament, my mind immediately took me to one promoted by Scott Coker. This is a perfect example of two promoters working with the same tools and bringing about a completely different outcome. I’m not comparing Rebney-era Bellator to the final days of Strikeforce. They had two completely different products and a completely different roster. I’m comparing their utilization of the tournament format. MMA is a game of balance. Bjorn Rebney was stacking tournament upon tournament on one side of the balancing scale, and it was teetering the promotion unacceptably close to the edge.

In the three years since Strikeforce had been purchased by the UFC, MMA had changed. The UFC had absorbed WMMA, the stars from Strikeforce were all competing under the Zuffa banner, and there wasn’t another decent show in town. The stars outside of the UFC were long gone and retired.

In my estimate, we needed a miracle if we were going to see another promotion ascend. Viacom called upon Scott Coker to try to bring life back into the now desolate landscape.

It’s no coincidence that Coker was brought into Bellator just two months after his contractual bindings with Zuffa had expired. Coker was the man for the job. What excited me as a fan was that he even took the job in the first place, because to me, if Coker took the job, this meant he had a plan. Changes were soon to come.

One of the first changes to come about in Bellator was the end of the tournament format. The promotion was going to drop the weekly seasonal format and begin focusing on creating larger individual events. Many of the Rebney-style events had already been scheduled and needed to play out, but it wasn’t long before Scott Coker booked a main event fight between Tito Ortiz and Stephan Bonnar at Bellator 131. The co-main event was a rematch between two-home-grown Bellator products in Michael Chandler and Will Brooks. Newly signed faces such as Joe Schilling, Melvin Manhoef, and Nam Phan all made their promotional debut on this card. The event peaked at 2 million viewers and had an average of 1.2 million viewers. After five months of letting Bjorn Rebney’s promotional strategy play out the rest of its hand, Coker had broken Bellator television ratings history.

Two weeks into 2015, Scott Coker signed ratings juggernaut, Kimbo Slice. By June of that year, Kimbo Slice made his Bellator debut against Ken Shamrock at Bellator 138. Due to their initial booking from years ago never coming to fruition, the event was aptly named "Unfinished Business." Ken looked to be in fantastic shape for this fight. He brought his vintage Shamrock temper to media events with the Miami street brawler, and it was a hit. The fight card averaged 1.6 million viewers, and peaked at 2.4 million—breaking the Bellator TV ratings record for a second time.

2015 also featured fun Bellator cards like "Bellator 134: The British Invasion." This card centered around pitting American fighters against British fighters here in the United States. They also put on the first Bellator: Dynamite event. The Dynamite event had a four-man one night light-heavyweight tournament between Emmanuel Newton, King Mo, Linton Vassell, and newly signed UFC import Phil Davis. The card also featured some Glory Kickboxing bouts in a ring that had been set up next to the Bellator cage. At the top of the card was Tito Ortiz getting his long-awaited Bellator title shot against Liam McGeary. While the Dynamite event only averaged 800,000 TV viewers, it still beat the Bellator attendance record with a crowd of 11,732.

Coker’s momentum progressed as records continued to break in 2016. Bellator 149 featured Ken Shamrock vs Royce Gracie 3 with Kimbo Slice vs Dada 5000 in the co-main event. This event broke the Bellator attendance record with 14,209 spectators in attendance. This same event broke the television ratings record as well. It drew an average of 1.9 million viewers and peaked at 2.5 million viewers. Bellator hosted it’s second Dynamite event (Bellator 157) in 2016. This event included the debut of Bellator kickboxing, the Bellator debut of Matt Mitrione, and was headlined by Quinton "Rampage" Jackson vs Satoshi Ishii. Much like the first Dynamite event, this show had poor TV ratings. I believe that we will appreciate events like this more when they’re gone. There’s something fun about mixing absurdity with our sport. Many may disagree with the notion but I stand by my prediction.

Scott Coker is truly a unique promoter. He is one of the few who can effectively promote mixed martial arts with the UFC looming in the background. He brings a different style of product—a style that works. Look at all the fighters who are jumping ship and joining his team. There’s something special about Scott’s capability as a promoter. When do you ever see him leave on bad terms with a fighter? Athletes tell him what they want and it seems that more often than not, Coker finds a way to make it happen. He provides an environment for competitors who just need an opportunity to shine.