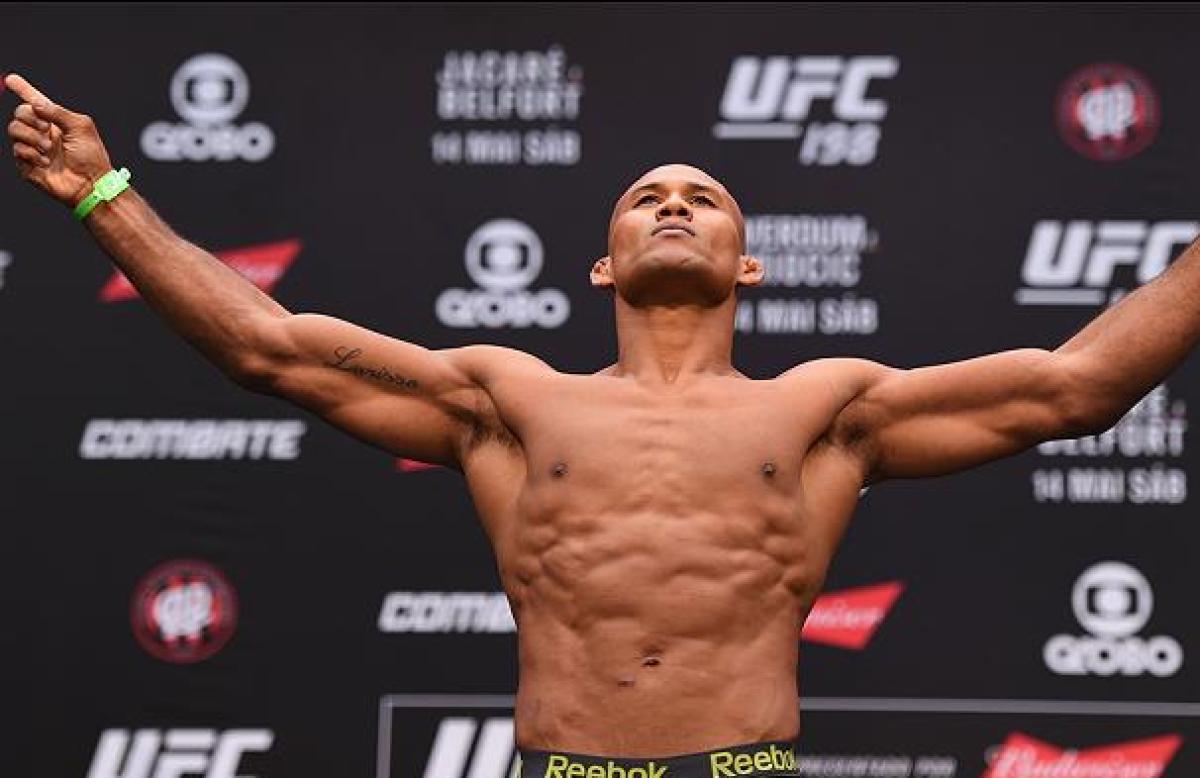 On September 5th, 2014, Ronaldo "Jacare" Souza defeated Gegard Mousasi via guillotine-choke. After the impressive victory, there was talk of granting Jacare a title-shot. When asked about it, Dana White responded with a number. The number was "one." Jacare needed one more win inside of the octagon. After that, the UFC would grant him a title-shot.

Two-and-a-half years after beating Mousasi, Jacare has gone 3-1 in the octagon without receiving a shot at the title. He’s celebrated three birthdays, experienced two top-five opponent pull-outs, and witnessed three middleweight title bouts without his name on the docket. Now at 37 years old, Jacare is once again faced with a familiar number--the number one. This time, "one" doesn’t reflect a flimsy promise. It now reflects the number of fights left on Jacare’s UFC contract.

Reaching this point wasn’t inevitable. The UFC offered Jacare a new contract, a contract that would have kicked expiration even further down the road. Jacare never accepted. Something tells me that the forgotten "one more win, get a title-shot" deal is a big part of what brought Jacare to the "one more fight until free agency" moment. Suddenly, the number "one" has more value and meaning than ever before.

This Saturday, at UFC on Fox 24, Jacare will be competing against number 6 ranked UFC middleweight, Robert Whittaker. After this fight, he will become a free-agent. Win or lose, Viacom and Scott Coker are going to be gunning for Jacare. I expect that numbers much larger than "one" are going to hold some significance for Jacare soon—specifically, numbers with dollar signs in front of them. I don’t see the UFC releasing Jacare quite as easily as they let go of some of their other recent free-agents. I think there’s going to be a bitter fight for this one.

I can’t predict who will win the bidding war, but I can assure you that if Jacare allows both sides to make offers, he will come out the biggest winner of them all.

Update: It was announced on 4/14/17 that Ronaldo "Jacare" Souza inked a new 8-fight deal with the UFC. While it would have been interesting to see a bidding war for Jacare, he seems happy. As a fan, that's all you can really ask for. At 37 years of age, I think it's safe to say that Jacare will be spending his remaining prime years with the UFC. I wish him luck in his quest to become the UFC Middleweight Champion.