Who is Trent Cotney and why does he sponsor so many MMA fighters?

If you watch even a cursory amount of MMA, you've probably seen a fighter on some show wearing a white T-shirt with the name "Trent Cotney" written on it. And if you've seen said T-shirt, you've also probably wondered who the hell Cotney is, what he does and why he sponsors MMA fighters.

Cotney is not an apparel brand or a supplement manufacturer or an energy drink. He's unlike any of your typical, run-of-the-mill MMA sponsors.

Cotney is just a regular guy and huge MMA fan who runs his own law practice in Tampa, Fla. He says he gets "zero business" from sponsoring fighters. But he does it anyway. Quite a bit, actually.

Which brings us to our next question: Why? 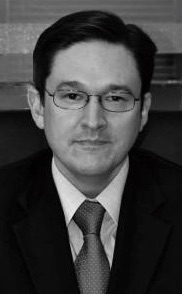 "For me, it's about giving back to them," Cotney said. "It's almost like charity, even though I don't get a deduction for it. It's just like, let me do something to help these guys out, because I know what their life is like, I know how hard it is. They're just not making a lot of money. They're really not making anything. It's real tough on them. I just want to let them know that there's support out there."

Cotney sponsors or has sponsored some high-profile fighters like former UFC heavyweight champion Frank Mir and top flyweight Henry Cejudo, an Olympic wrestling gold medalist. But the vast majority of his roster consists of up-and-comers or fighters competing in the middle of the card.

The criteria for endorsing Cotney has nothing to do with wins or losses. He's more concerned with who you are outside the cage. Martinez isn't a star, but Cotney will stick with him, because he knows what kind of guy Martinez is -- someone who hosts anti-bullying programs for kids in the inner city.

"One of the things that attract me to the people I sponsor is that, generally speaking, they're martial artists," said Cotney, who says he watches just about every UFC event with his wife. "They respect the sport. They're not thugs. They're people that truly believe in the spirit behind it. That's appealing to me. I'm looking for the people that are like that, that care about the practice and understand that it's more than just the fight game."

Cotney has been tied to the sport for a long time. He's been a lawyer for 17 years and a fan for nearly as long. The first fight he can recall watching is B.J. Penn's legendary knockout of Caol Uno at UFC 34 in 2001. He was hooked from there and Penn became his favorite fighter.

Before sponsoring fighters, Cotney was a member of the MMA media, writing for such sites as FightLine.com. He also at one point acted as the unofficial agent for a handful of fighters, but never asked for a percentage of their purse.

Cotney contributes to a number of causes, many of which are charities that serve veterans. He considers sponsoring fighters another one of those causes since he says he has never gotten a law client based on someone seeing his name on an MMA walkout shirt.

The amount he pays is not small, either, he said. Cotney insists his sponsorship dollars are in line with what big companies pay, though is not comfortable giving out exact figures.

"It's not a pittance by any means," Cotney said. "I think it does have a real-world impact on what these guys are doing. Things have dried up since Reebok, at least for UFC guys. There's not a lot of people sponsoring outside the cage anymore."

That UFC outfitting policy with Reebok is one of the things that gnaws at Cotney now. Things are changing in MMA, for better or for worse.

"I miss the close-knit feel of the MMA community," he said. "I don't see that any more. I see the sanitizing of the sport and getting rid of the individuality, moving more toward the NFL type sport. It kind of grinds on me a little bit. I understand the desire and you've gotta evolve, so maybe that's part of it."

Cotney is doing his part to keep things a family atmosphere. He's helping where he can, especially when it comes to the fighters who need it most.

"It's the purity of the sport," said Cotney when asked what attracts him to MMA. "I understand what these guys are going through. I've seen it. I've been involved."