A bizarre circumstance led to one of women's MMA's most dominant champions being dethroned Friday night.

Yana Kunitskaya upset Tonya Evinger by first-round armbar in the main event of Invicta FC 20 in Kansas City to win the promotion's bantamweight title. Kunitskaya was a massive underdog coming in; Evinger had not lost since 2011.

The sequence of events that led to Evinger tapping out was odd. Kunitskaya locked in an armbar and Evinger stood up in an attempt to pull her arm out. In doing that, Evinger stepped on Kunitskaya's face for leverage. Referee Mike England told her to switch positions, though the maneuver is perfectly legal.

Evinger said England's words made her move, which allowed Kunitskaya to lock in the armbar deeper. 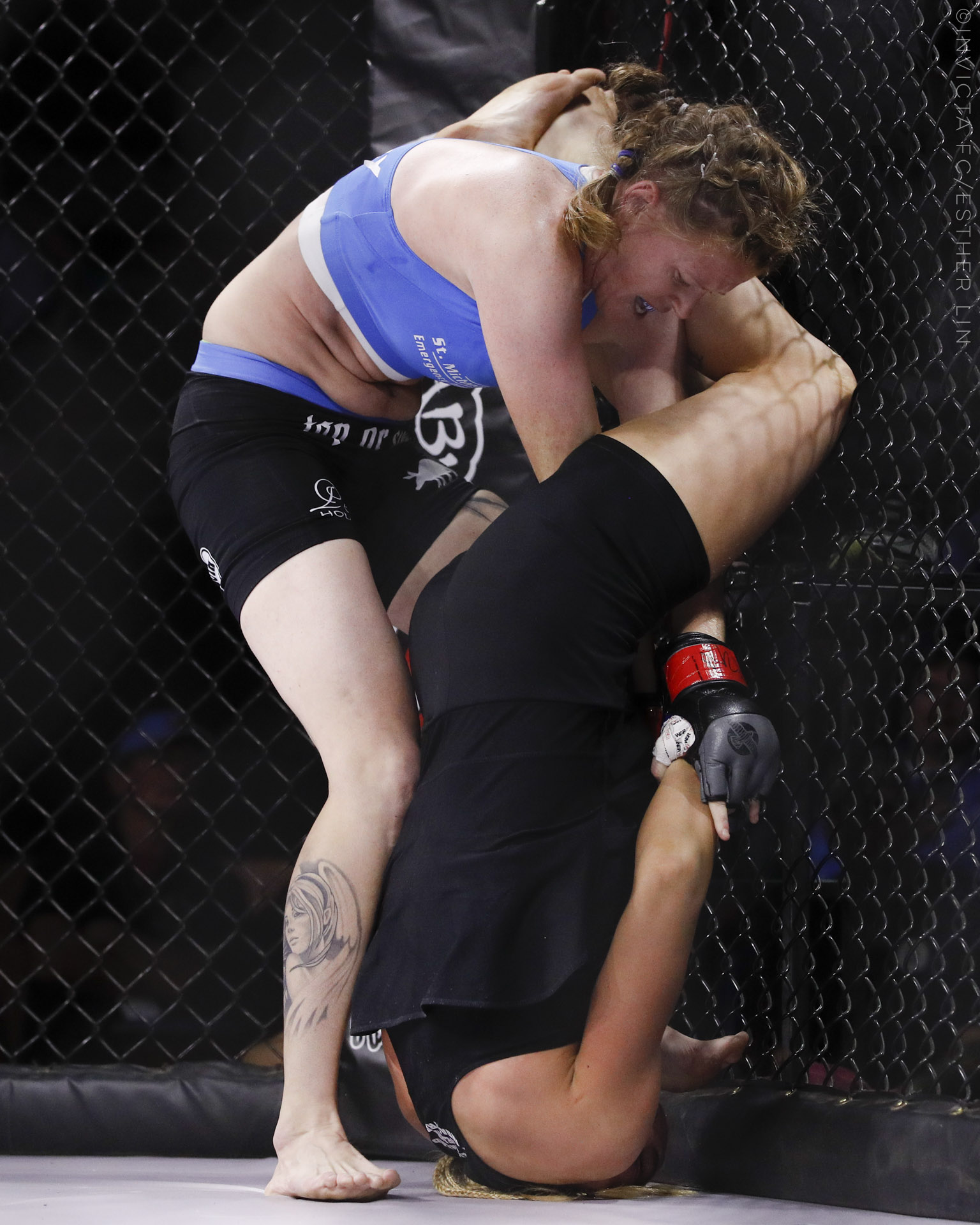 "I cnt even explain what happened but if u know anything bout mma I was not doing anything illegal," Evinger wrote in a statement on Twitter. "I was force to reposition and she was able to take advantage of that."

Evinger (18-6) said she doesn't want to blame England, but she believes she lost the fight and her title because of his perceived botched call. "Triple Threat" said she would protest the fight and ask Invicta for an immediate rematch.

"It's truly one of the most devastating loses of mine, I cnt believe that it happened," Evinger wrote. "Im not blaming the ref by any means but the outcome was due to that poor call. We are def gonna protest that call and see what can be done to get a rematch immediately, all I can say is thx to everyone that was there to support and apologize for wasting everyone's time."

Evinger, 35, was on a nine-fight winning streak coming in. Her last loss was five years ago against Sara McMann. The Texas resident was a perfect 6-0 for Invicta before Friday, having won the title in July 2015.

Legendary MMA referee John McCarthy was asked about the circumstance Friday night on Twitter and he responded that Evinger placing her foot on Kunitskaya's face or head was perfectly legal, because it was not a strike.

Yes it is legal as long as there is no strike involved while placing the foot on the head #AskBJM https://t.co/lm1n9JSwGy

A request for comment to the Missouri Office of Athletics was not immediately answered Friday night.