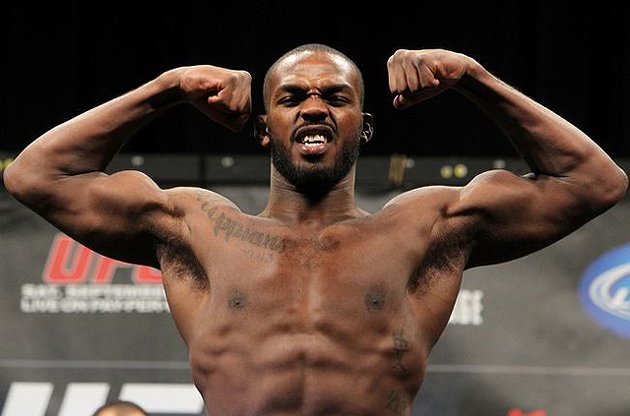 The pound for pound king Jon ‘Bones’ Jones will now hear "former" for the first time ever due to an incident that happened outside of his fighting career involving personal issues. Those issues caused punishment to him by having his title stripped and him cleared off the rankings. Aside with his incident that happened outside of the octagon, Jones won eight straight before a controversial referee disqualification stoppage of Dec 5, 2009. The former champ won twelve afterwards, and nine of those were title fights which he not only won, but dominated. He won his first title back in March 19, 2011 by round three TKO against Mauricio Rua (22-10) who had a huge upset by round one KO against Lyoto Machida (22-6) in May 8, 2010.

There is no doubt in my mind that Jon Jones will make a return to claim the title back for his legacy. His performance over an Olympic wrestler and former Strike force champion Daniel Cormier (15-1) was incredible, embarrassing, and intriguing. Cormier never lost a fight nor even a round coming into his first UFC title shot. Jon Jones embarrassed him by taking him down three times leading to a blow out decision win. Jones landed 92 total strikes in the fight over all being taken down only once. He had a performance decision win over Glover Teixeira (22-4) in a fight right before Cormier that was just another blow out by Jones. He landed 138 strikes, and 3 take downs. This makes him know that he can beat anyone at their own game, prove everyone wrong, and still has got what it takes to retain the title upon his return.

Anthony Johnson was scheduled to fight Jon Jones at the main event of UFC 187 after defeating Alexander Gustafsson (15-3) in just one round by TKO. He did to Alexander what Jones couldn’t, because Jones went into a controversial decision with him leaving Alexander the toughest test that he has ever fought (134 strikes landed on Alexander). The match up main event at UFC 187 was erased after the Jones’ tragic incident. Anthony will now face Daniel Cormier at UFC 187 The winner of the fight will be claimed as the new light-heavyweight champion.

Jon Jones is achieved the title 9 times. That leaves him #3 behind the currently inactive George St-Pierre (25-2) who won the title 12 times, and Anderson Silva (35-4) who won it 11 times.

Jon Jones will defeat whoever owns the title when he makes his return to the UFC. Notable fighters who may own the title on his return: Anthony Johnson, Daniel Cormier, and Alexander Gustafsson. 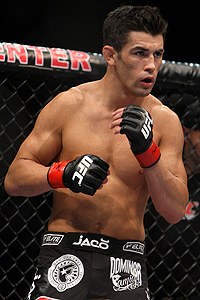 Dominick Cruz should be ranked at least in the top 5 pound for pound, and be known for the best fighting style in MMA. With the most elusive and agile work, the three time former WEC champion, first ever Bantam weight champion in the UFC is one of the greatest bantam weights to ever step in the octagon. He lost early in his career against Urijah Faber who he defeated in a rematch later on. Cruz defended his first ever UFC title against the #2 current pound for pound fighter, six time reigning defending flyweight champion, Demetrious Johnson (21-2-1) who he defeated by landing 60 strikes and a whopping 10 take downs leading to a decision.

Dominick Cruz got his title stripped for being forced out to not fight after a win over Demetrious Johnson due to a few devastating ACL (knee) injuries. After his title was stripped, Renan Barao (35-2) and three time former WEC champion Urijah Faber (32-7) were the next fighters in line who would then be decided the next Bantamweight champion. Barao defeated Faber twice in his 4 consecutive title defenses. Barao later faced a man who he got perished by leading to a round five TKO from the now current Bantamweight champion, TJ Dillashaw (12-2) in May 24, 2014. TJ defended his title against Joe Soto (15-3) by round five KO in August 30, 2014.

Dominick Cruz came back in September 27, 2014 after being out for three years where he faced Takeya Mizugaki (20-9-2). Cruz destroyed Mizugaki him in the first round with just one minute by TKO, making his return a spectacular one. "I think I match up great with anyone in the division," says Cruz in the post fight conference. "I never really lost my title, I have been hurt. It should not have gone in anyone else’s hands."

As I said, I feel Dominick Cruz should be ranked in the top 5 pound for pound, not rank 15, nor any lower. "2 beat a top 5 guy in 1 minute-after 3 years out, does not Answere enough of their doubts bout my skill set 4 them to rank," said Dominick Cruz via twitter in my question of how he feels about where he is ranked.

"It is with great sadness to report I have experienced another ACL injury. This time it’s in the right knee, opposite side of my first and second ACL injuries." Said Dominick Cruz December 22, 2014.

Dominick Cruz is out, but I still have faith in the former champion that he will come out in a more spectacular return, get that title back, and have super fights in different weight classes. Notable fighters fighters who may have the belt upon his return: TJ Dillashaw, Urijah Faber, and Renan Barao. 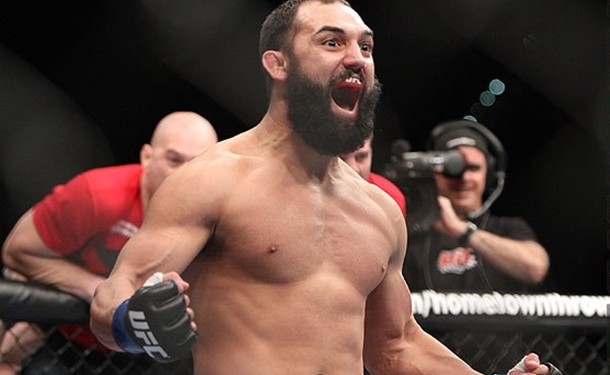 The current top 15 pound for pound and former champion Johny Hendricks won his first title over Robbie Lawler (25-10, 1NC), which went to a decision in March 15, 2014. He had a very controversial loss over George St-Pierre back in in his last fight of November 16, 2013. After George facing his toughest test, he retired from the octagon and is not coming back until the UFC resolves the PED issues. Hendricks later faced Robbie Lawler again for his next fight after Lawler defeated two contenders . Hendricks then lost his first title defense against Robbie in a very controversial decision. He later faced Matt Browne who he completely destroyed on the ground landing 9 take downs in just 3 rounds.

Hendricks in my mind is the best current welterweight fighter in the UFC today. His wrestling is second to none, striking is incredible, and his chin is unbelievable. He can take the biggest punishment and still be on his feet fighting.

Robbie Lawler will face Rory MacDonald at UFC 189. Hendricks will be waiting for his next shot and will defeat whoever has the belt. He is better than ever, and I do not see him losing again for awhile once he has the belt next. His wrestling is too superior for any other welterweight to really manage as he trains with gold medal Olympic wrestlers. Threats to Hendricks: Robbie Lawler, Rory MacDonald (18-2), and Tyron Woodley (15-3).

This article covered the fighters who have the best chance at getting their title back the next time they have the opportunity.