January was a banner month for the UFC with four successful major events. It should have been one of the best months in promotion history.

Instead, what people will most remember is that two of the UFC's biggest stars -- and best pound-for-pound fighters of all time -- both failed drug tests.

UFC welterweight champion Robbie Lawler admitted to being "bummed" about the news and he's hoping for a change.

"People make mistakes, but it was definitely a black eye for the sport," Lawler told MMAFighting.com. "Hopefully the commission, the UFC and all the fighters can help clean up the sport."

Jones, the UFC light heavyweight champion, popped for cocaine in a Dec. 23 test. Because that was considered out of competition and cocaine is only prohibited in competition by the World Anti-Doping Agency (WADA) code, Jones faced no discipline from the Nevada Athletic Commission (NAC). He was fined $25,000 by the UFC for violating the organization's code of conduct.

Of greater significance were the substances found in Silva's system. Those were performance-enhancing drugs and his positive test marred what was a miraculous comeback from a broken leg just 13 months previously. The former UFC middleweight champion, who held the title for seven years, popped for drostanolone and androstane in a Jan. 9 out-of-competition test. He has denied using steroids. 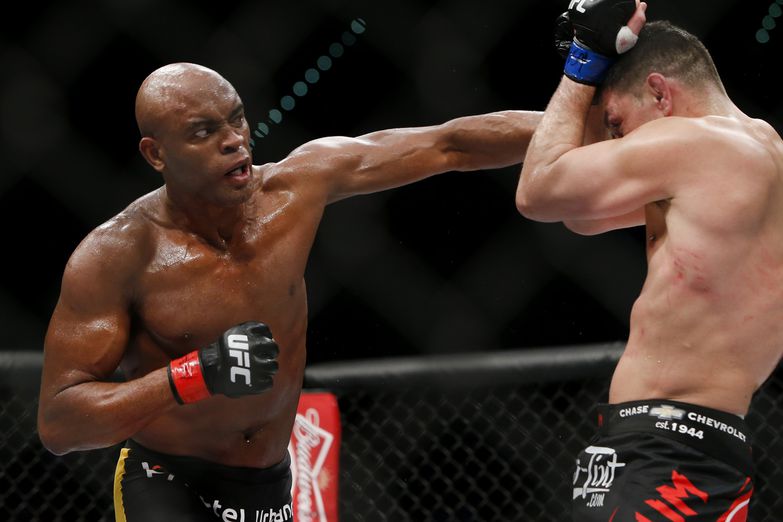 Silva has been temporarily suspended by the NAC and is facing further discipline at a hearing in either March or April.

"I'm bummed about it," Lawler said. "It's not good for the sport. Just hopefully people realize that not everyone is the same. Not everyone is doing those things."

Lawler, 32, won the welterweight title by beating Johny Hendricks at UFC 181 on Dec. 6. That fight was also in Las Vegas and his test results came back to the NAC clean.

"Ruthless" is definitely in favor of more stringent drug-testing methods. The UFC said it would be implementing a year-round, random drug-testing program for all of its nearly 600 athletes. But recently UFC president Dana White has taken a step back from that and said the UFC wouldn't do it after a mistake made over the summer in testing fighters at an event in Macao. The UFC regulated itself for that card and was not under the watchful eye of an athletic commission.

"It would be huge for the sport," Lawler said of stricter drug testing. "Let's figure it out and clean it up."