Let's get this out of the way upfront: mixed martial arts saved Tim Williams' life, though not in the cliché way you'd expect. The love of sport didn't rescue Williams from the throes of a needle. Beelzebub wasn't scurried off by some supreme revelation on the mat. Instead, the heroics fell to something much more banal. A simple CT scan, required by New Jersey state law before Williams' pro debut against an untested northeastern kid named Chris Weidman, the kind of procedure that's more chore than errand until the one-in-a-million time it matters most.

But then again, Williams has always been a one-in-a-million type guy.

"The CT scan showed up that I had a brain aneurysm," Williams says. "So the fight was off and I had to go get surgery for my brain aneurysm."

That was back in 2008, half a decade before Williams found his way onto The Ultimate Fighter twice and well before he evolved into a legitimate middleweight prospect on the cusp on Octagon glory. Back then Williams was just a scarred-up kid from south Jersey versed enough in serendipity that he may as well have penned his own line of Chicken Soup for the Soul books. But to randomly spot a brain aneurysm at age 21? That was something else entirely.

"Just think of a bubble in a hose," Williams says. "You ever seen a hose bubble out? So that's what the aneurysm looks like, essentially. Your artery is the hose and that bubble is like a weak point in the hose. So they go in through your foot, up through your hip and your chest, into your brain, and they fill that aneurysm, that devoid area, with a mixture of synthetic metals, titanium and stuff like that, almost like a plastic mix, and try to fill that area so the blood continues to go past it.

"That forms a clot, so the blood will continue straight and not go into the aneurysm and make it get bigger or have the potential of erupting. It's crazy. If this would've happened seven, 10 years ago, before I had the surgery, they would've had to freakin' open up my head."

Imagine, for a moment, being a 20-something-year-old neophyte fresh off unconventional brain surgery trying land a professional fight. It's probably harder than however hard you're imagining it being. And Williams didn't really help himself either, though at the time rash decisions were par for the course. This was, after all, the same guy who at age 18 took his gunmetal grey Ford Focus out joyriding after a couple drinks, only to careen into a sidewalk at 100+ miles per hour, flip airborne for over 100 feet, and wind up in the hospital with a shard of glass the size of a quarter lodged against his carotid artery.

That little dalliance is where the facial scars come from, plus where this whole fighting thing began -- you'd be surprised how much spare time falls into your lap when you give up drinking as a teenager.

Even in that case though, Williams nearly left the clinic the morning after with his quarter-sized crystal dirk still unknowingly embedded into his neck. He would have, if not for an angel of a doctor who ordered one last MRI on the hunch that nurses may have forgotten something inside the bloodied kid that night before.

"That one was just extreme luck," Williams says. "You know, that they got that out. I don't know. I lifted weights all the time, so I'd imagine that one day I'd be lifting weights or something and just fallen over. Who knows. Maybe it would've been fine, but I doubt it. When I started training, I definitely would've had people slap me into guillotines and stuff, so I'm sure at some point it would've been an issue."

Remember what I said about being one-in-a-million type guy? Yeah.

But back to the aneurysm -- that life-threatening nine-millimeter blot that rarely, if ever, gets picked up on a CT scan of someone so young. Williams had his brain surgery. It was a scary experience, though not scary enough. He was supposed to rest from physical activity for four months. But boredom breeds restlessness, and within a month Williams was engaging in all manners of physical activity back in the gym -- an unbelievably nearsighted decision in retrospect.

"I went for a check-up like six months later," Williams says. "The aneurysm actually had gotten bigger. I didn't give that area time to heal."

So a second brain surgery followed. In through the foot, up through the hip and the chest, into the brain with a parcel of delicious metals, filling the hole and rerouting the blood stream. A dicey situation, sure, but second chances have always been Williams' forte.

"I took the time (to recover) that time," Williams says. "Obviously I was going to freakin' die if I keep fucking around, so I took the right amount of time and healed up. Got it checked again, and they said it was good and that I could get back to training."

Training proved to be a welcome respite after all the drama of the previous years, but sparring within the cozy confines of the gym is one thing. Trying to convince a commission to license you as the Double Brain Surgery Dude is another thing entirely. And really, doctors and Williams weren't even both sure if he could fight. Are survivors of brain aneurysms supposed to get punched in their brain-basket for a living? There wasn't much of an established precedent, but probably not... right?

"But I still kept fighting," Williams says. "I think before I actually got clearance, I had five pro fights. I fought in other states where they didn't know I had to get a CT scan for a fight. 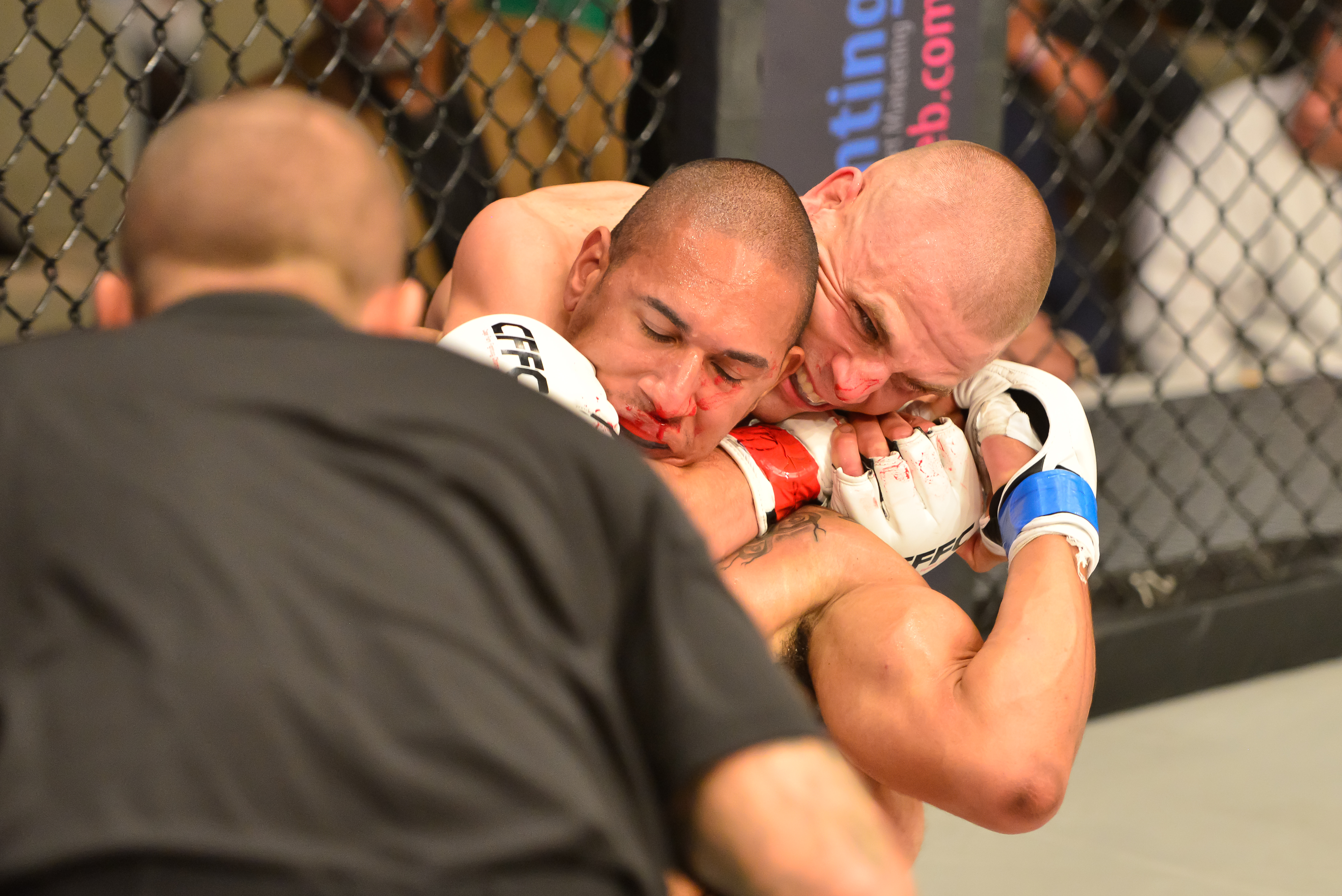 Williams is 10-1 now. He still has to get a CT scan before every fight, but he's fully cleared and his only official loss came from a fluke cut against a UFC and Glory veteran.

He's also twice found his way onto the FOX family networks with runs of varying success on TUF 17 and TUF 19. Williams failed to make it out of eliminations his first time around, losing to current UFC middleweight Dylan Andrews, though he made good on his second chance, as he's wont to do, and joined the TUF 19 crew.

Of course, because things can never be easy, and through no fault of Williams' own, UFC brass ended up so disgusted by TUF 19 that virtually every member of the cast wound up released from their Zuffa contract before ever setting foot inside a real Octagon -- though Williams' battle against middleweight runner-up Dhiego Lima was among the more entertaining of the season's fights, and since then he's carved a path of dominance across the regional northeast.

In a way, it's a curious irony that of all the second chances Williams had the fortune of receiving in his life, the one he now wants the most is also the most elusive -- the shot at lacing up those UFC gloves for real that's generally extended to most TUF alumni as a courtesy for shacking up with 16 smelly dudes for six weeks. But Williams is close, he believes, and on Saturday he'll defend his middleweight title at CFFC 46 on GFL.tv.

The promotion has already proven to be one of the Northeast's biggest poaching grounds for UFC talent, sprouting promising prospects like Paul Felder and Aljamain Sterling. If he emerges victorious over the weekend, Williams could very well be the next champion to make the jump.

Not bad for a scarred-up kid from south Jersey who's persevered through more harrowing encounters by his late-twenties than many people experience in a lifetime.

"In so many different ways, fighting really saved my life," Williams says. "It was crazy. It's still crazy to think about.

"So I really don't have it that bad. I'm doing it because I love it. I still have a good record and I feel like I'm doing really well. There's guys out there who need this shit that are just fucking failing at it and getting injured and they're still fighting, so I have nothing to complain about, really. Just keep going."