The UFC has a card this weekend built around rising prospects Paige VanZant and Sage Northcutt. Meanwhile, on the other side of the world, ONE Championship is breaking out their own young phenoms -- and they just happen to be siblings.

Angela Lee, just 19 years old, is a burgeoning superstar in Asian MMA. She has reeled off three straight first-round submission victories this year for ONE, including a twister in her last fight. Meanwhile, her athletic ability, look and charisma have made her a fast celebrity in Singapore, where she lives and trains half the year.

ONE CEO Victor Cui said recently more than 2,000 people showed up to a Lee autograph signing at a G-Shock watch store in Singapore and ONE was not ready at all for the turnout.

"It was crazy," Cui said. "We had no idea. We were so unprepared by how fast her following has grown. Once in a while you're lucky when you have a charismatic, young, talented athlete and all that stuff comes together."

Because we know you need to see that TWISTER submission by Angela Lee again...

Posted by ONE Championship on Friday, November 13, 2015

Lee's rapid ascent can easily be compared to VanZant's rise. The UFC has seen star potential in the up-and-coming strawweight and Reebok has already given her a sponsorship deal at age 21. Lee does not mind the link at all.

"I think they're really trying to push her, because she's a good fighter and she's gonna be a big face for them," said Lee, who also competes at 115 pounds. "ONE Championship, they're trying to help me and build my brand and push me as a fighter. For me, I don't really look at marketing. I just want to be an inspiration to other girls, especially women here in Asia. If they're helping me to do that, then it's awesome."

Lee's younger brother Christian, who lives with his sister in Singapore, is still adjusting to her newfound fame. He said they can't take the subway or even grab dinner without her being recognized.

"In just a few months, she's gotten so popular," Christian said. "It's great, but it's pretty surprising also."

He might have to start getting used to it -- for Angela and himself. On Friday, both Lee siblings will make history by competing on the same ONE Championship card in Manila, Philippines. Angela meets Lena Tkhorevska in her fourth fight of the year and Christian, who is only 17 years old, will make his pro debut against David Meak.

It might seem like a young age for the teenagers. But really, this is how they have been brought up -- not unlike how Northcutt's father started him in martial arts at a young age.

'They were basically raised in the gym. Yes, it seems like fighting is in their blood.' - Ken Lee

Ken Lee and Jewelz Lee, the patriarch and matriarch of the clan, are lifelong martial artists. They are both black belts in tae kwon do and competed at a high level. The Lees now own a gym in Hawaii, called United MMA, and their children have been training in MMA since the ages of 3 or 4 years old.

"We have been teaching [since] before they were born," Ken Lee said. "Every academy that I opened had a private room with a couch, bed, kitchen and entertainment for them. They were basically raised in the gym. Yes, it seems like fighting is in their blood. Self-defense was instilled in them as a life-skill while competing is their passion."

Unlike many parents, the Lees started their children on MMA -- not one specific martial art -- right away. Angela and Christian were rolling in a gi and hitting pads from a very young age.

"I believe that traditional martial arts in their truest form is MMA," Ken Lee said. "However, modern day traditional martial arts choose to separate and specialize in one area due to the time restraints to learn and teach multiple ranges. I have always trained my children in martial arts for self-defense in which they need to be equally prepared for all ranges of combat. Learning MMA from a macro approach also teaches them to avoid certain techniques in each combat range and focus only on what works."

Since he founded ONE in 2011, Cui has talked about the influence of martial arts on Asian culture. Many Asian children have martial arts instilled in them from a young age, but usually it is one specific art. The Lees are a special case.

"The spirit and lifestyle of martial arts as part of your life is already integrated in Asia," Cui said. "It's true that it's an exceptional story that they've gone from childhood to now a professional career, but the story of father and mother and daughter and son and family engaging in martial arts as a family activity is a dime a dozen in Asia. It's my story. It's my friends' story. Martial arts is part of life in the same way that in the States that people say, 'Hey, my grandfather took me to this baseball game.'"

For Angela and Christian, who now train at Evolve MMA in their father's homeland of Singapore, being in the gym is just a regular, everyday activity and has been since birth. It's second nature.

"I'm pretty sure it's different than the normal childhood," Angela said. "But it's what I grew up with, so I consider it normal. ... A lot of late nights in the gym. A lot of training. But we would always be together. It's not like mom and dad, they're going to work for so many hours and the kids are at home. Nah, everyone is sticking together."

All of this explains why Christian did not feel at all like turning pro at 17 was too early.

"It is a young age to start fighting, but I feel like I have been preparing for this my whole life," he said. "This is what I've wanted. I've trained really hard for this moment. I feel like I've earned my keep to be fighting up here." 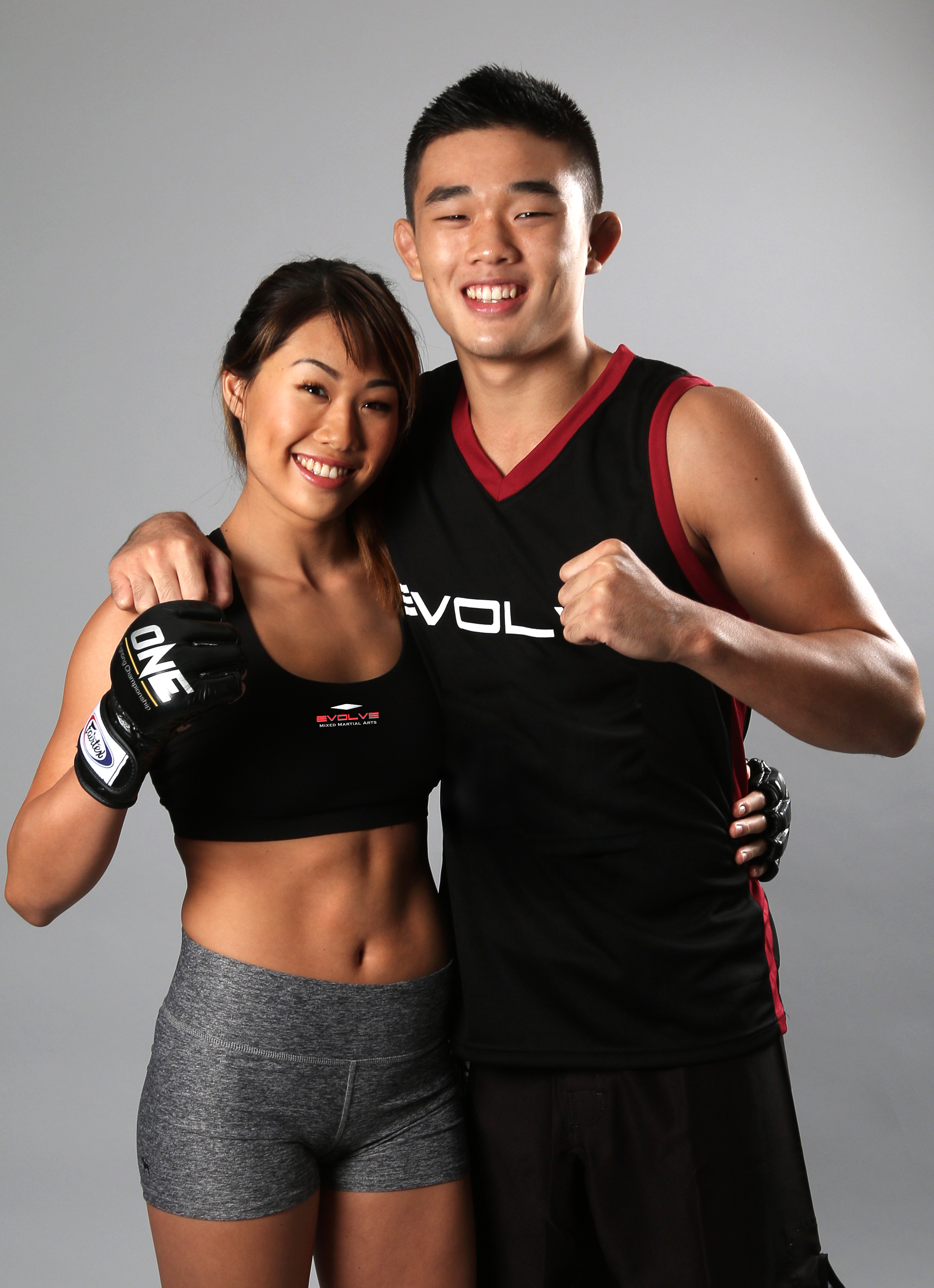 Angela and Christian want to make MMA history by becoming the first siblings to become champions at the same time. They might have some competition, though, in the form of their brother and sister. Victoria, 11, and Adrian, 9, are also training in MMA and Christian said they will probably be better than him and Angela.

"[They] both admire their siblings so much and have indicated that they would like to be professional fighters like their heroes," Ken said. "I'm not sure if my heart could handle it but it is possible for all four of them to be competing in ONE Championship at the same time."

The whole Lee family will be in attendance Friday in Manila to watch Angela and Christian compete. This is what they have been groomed for essentially their entire lives. But Angela still thinks that she'll have some of those big-sister feelings before Christian enters the cage.

"It's a very big jump for us and for him, especially because with ONE Championship there's going to be tons and tons of people," Angela said. "I know that he trains super hard and he's a beast. I know he's gonna do really well. I just hope I don't get too nervous and freak him out."