Titan Fighting Championship lost half of its main event, but it had a backup plan.

Matt Riddle, who submitted fellow UFC veteran Michael Kuiper in his promotional debut in February, was set to return to the welterweight division in a five-round battle with Ben Saunders for the vacant title, but is now out of the card with an injury.

Longtime MMA veteran Jose Landi-Jons, who was expected to face Riddle in the past at Titan FC, replaces "Deep Waters" against Saunders on Aug. 22 in Fayetteville, NC. Titan FC COO Lex McMahon confirmed the news with MMA Fighting's Ariel Helwani on Tuesday.

Saunders (16-6-2), a two-time tournament finalist in Bellator and a UFC veteran, went 4-3 under the UFC banner with three stoppage victories, and finished five opponents in his 7-3 run inside the Bellator cage from 2011 to 2013.

"Pele" Landi-Jons (28-15), who is coming off a quick knockout win in Brazil, holds victories over the likes of Matt Hughes, Alexander Shlemenko and Pat Miletich on his MMA record since his debut in 1993. He has won five of his past six bouts, all via stoppage. 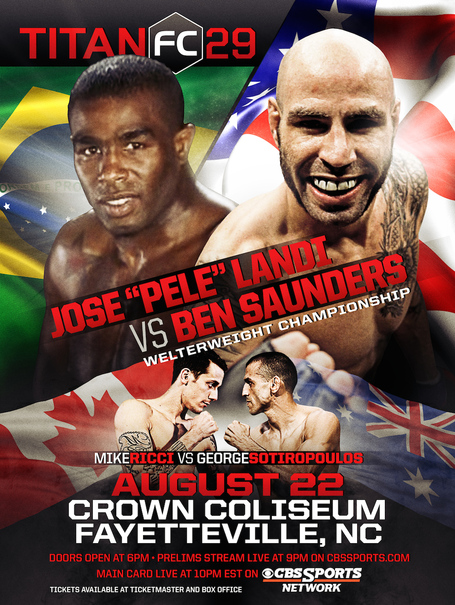