Urijah Faber: Paige VanZant 'hasn't been around' Team Alpha Male at all recently

At just 20 years old, Paige VanZant will become the youngest woman to ever grace the Octagon when she collides against fellow strawweight Kailin Curran on October 4th at UFC Fight Night 54. But when she does, there's a good chance VanZant won't be representing Team Alpha Male, the Sacramento-based squad who helped her rise through the ranks on her road to the UFC.

"You know what, Paige has left," Team Alpha Male founder Urijah Faber revealed on Monday's edition of The MMA Hour. "She hasn't been around at all. I guess she, I don't know, I asked what was going on. She was renting a room in Sacramento, and the person who she was renting from got evicted and took all her money, and I don't know, she hasn't been around. I told her, let me know if there's any way I can help. I think she's out in Reno training with her jiu-jitsu people or something. I don't know where she is, man, for like the last month and a half or so, so I haven't seen her." 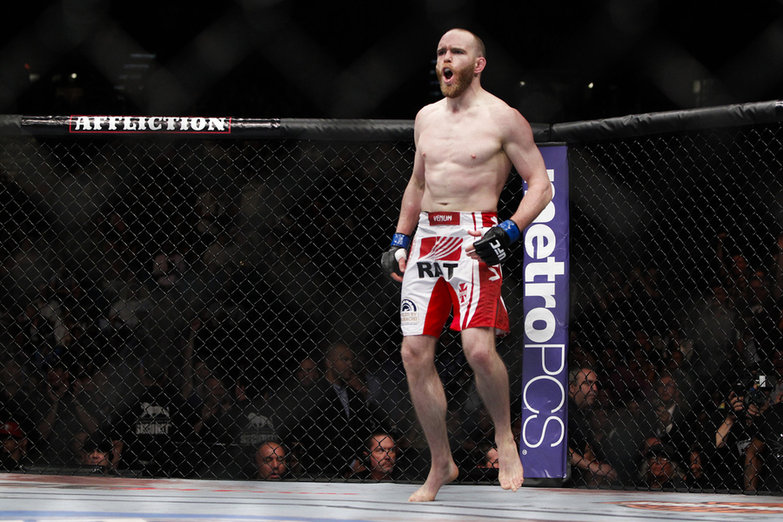 A veteran of Invicta FC, VanZant (3-1) was initially expected to compete as a cast member on The Ultimate Fighter 20, however due to the show's 21-year-old age restriction, she was instead ushered straight into the UFC. While young in game, VanZant has already displayed great promise, losing only to one of TUF 20's favorites, Tecia Torres, but rebounding by submitting Country Himes in under three minutes last year.

She hasn't competed since besting Himes, but when she does, Faber says it'll be under a different team banner unless the situation between her and Team Alpha Male can be resolved.

"I just texted her yesterday to ask her how training is going. I haven't heard back from her, so I don't know, man," Faber explained. "She's 20 years old, she's young. She's a very good athlete, she's still developing as a fighter, she believes in herself, she's a great looking girl. I think she's got a lot of potential. I mean, I would feel most comfortable if she was on the team. If she's going to represent the team, she needs to be in the gym. And so as of right now, she's not going to be able to represent the team when she fights."