Daniel Cormier scoffs at ‘petty and childish' Jon Jones, vows to use champ's past injuries against him

Less than two hours after a knee injury forced Alexander Gustafsson out of his rematch against Jon Jones at UFC 178, shots were already being fired between the light heavyweight champ and his new challenger, undefeated former Olympian Daniel Cormier. One party said the other better be ready to "come to daddy," threats of f**king each other up were shared, and basically good times were had by the swarm of observers whose noses were pressed firmly against the glass.

Then things escalated even further on Saturday, albeit in a comically sophomoric way. Cormier, speaking from his analyst pulpit on FOX, told the millions watching about all the violent things he was going to do to Jones on September 27th. Jones told Cormier to shut up. Cormier told Jones to make him shut up, Jones deleted a tweet, as per usual, and the crowd gawked at the spectacle of the number-one pound-for-pound fighter getting his jimmies rustled to such an unusual degree. And all the while, Cormier couldn't help but smile.

"I said time and time again that I didn't believe [Jones] should try and protect this image that doesn't even exist anymore," Cormier said on Monday's edition of The MMA Hour. "That image that he put out when he started fighting before, that's gone. People saw through that. People know that he's not this person that he put off he was in the beginning of his career because of all the things he's had to deal with just in the media. He's had to grow up a lot faster than most people did in this sport because he's so good.

"I'm not in his mind or under his skin," Cormier added. "But I know that he knows that he has a real fight ahead of him September 27th, so maybe he's trying to use mind tricks on me to affect me. But, I mean, oh my goodness that is just so petty and childish. He can't use mind games on me. I've deal with all this stuff for so long in my life that mind tricks don't work. They won't. They won't ever work." 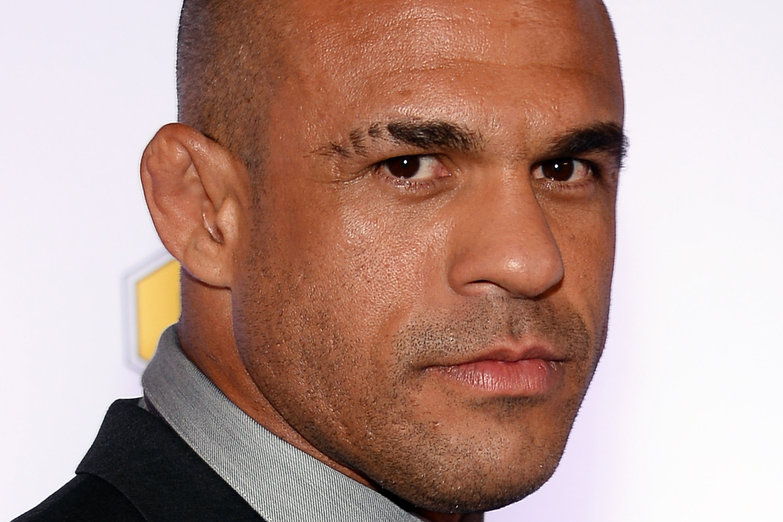 Cormier, with his undefeated record and flawless competitive résumé, which includes numerous top-10 wins across two weight classes, always knew he would get his shot at Jones. He just didn't expect it to come so soon.

Following his mauling of Dan Henderson, the 35-year-old Cormier was scheduled to undergo knee surgery in July to repair a damaged ACL and torn LCL in his knee. But as luck would have it, the procedure never came to pass, and his decision to delay it resulted in Cormier being able to accept the biggest opportunity of his career.

"You know what it really was, just, I'm not big on surgery," Cormier explained. "I've had a ton of them. I broke my thumb playing football and I broke my arm wrestling. I broke my hand fighting, I had to take out my appendix, I had to fix my collar bone when I was a kid. So I've had a lot of surgeries, and it seems as though, as medicine has improved, surgeries, they don't always work, which is crazy.

"When I got the surgeries back in the 80's, I never had to go back because my surgery didn't take. You didn't see stuff like King Mo's staph infection or, I got another friend, his name is Wayne, he's going back to re-fix his ACL again because it didn't heal the correct way, or Dominick Cruz, where he kept injuring himself after the thing was supposed to be fixed. So I'm not real big on surgery right now."

Cormier explained that the moment which most cemented his decision to put off surgery came during his recent exhibition wrestling match against two-time NCAA champion Chris Pendleton at July's UFC Fan Expo. Cormier defeated Pendleton by a score of 12-5, however there was a sequence during the match when Pendleton dove in deep on a single. While defending the takedown, Cormier realized that his knee "didn't feel any worse than it has for the past five years."

"[I told my doctor] let me just see how this LCL feels in a month or so and I'll let you know," he said. "And my LCL doesn't hurt anymore, so now my knee just feels like it always has.

"I'm doing everything. I'm wrestling. I was at Jay Glazer's gym the other day, we were training with some NFL players and we started doing back handsprings, and I did a backflip. If I can do a backflip, my knee is fine."

Regardless, Cormier acknowledged that come fight night, the structural integrity of his knee will likely be tested in a cold and recurrent way. One of Jon Jones' favorite techniques -- and most controversial -- is the oblique kick, a side kick aimed at an opponent's knee which can hyperextend the ligament. Jones' repeated use of oblique kicks badly damaged Quinton Jackson's knees in the pair's 2011 duel, and the champ's affinity for the technique has drawn the ire of several fighters for being perceived as a dirty tactic.

"If we're in the clinch and I'm not foot-stomping his toe, then I'm not giving myself the best chance to win this fight. If there is a known injury, we should try and win at all costs. I mean, I thought it was great that he wrenched on Glover Teixeira's arm when he had the opportunity because that shows you that he's vicious enough to try and win at all costs, and now he's in the cage with someone who's willing to do the same exact thing."

Already, less than a week since Cormier replaced Gustafsson, the heat he and Jones feels more legitimate than most mixed martial arts feuds, in large part because it has been simmering for so long.

For a time, Jones refused to answer questions about Cormier while the Olympian was rising up the ranks. When Cormier was still a heavyweight, the AKA product vowed that he and Jones would eventually cross paths, despite the weight that separated them. Even as far back as 2010, before Jones ever became champion, things started off on the wrong foot. When the pair first met at UFC 121, Jones cracked a joke diminishing Cormier's wrestling capabilities and the two traded words -- an incident which Cormier still vividly remembers to this date.

"I knew who were Olympians when I was in high school because I was a good kid wrestler, so I would've imagined he would've known," Cormier said. "But if he didn't, I couldn't have faulted him. Nobody knows who wrestlers are. It was just the way he came about it. Is that the best way to make conversation? And if he did know who I was and he was trying to crack a joke, I mean, is that the best that you can do, honestly?

"I was like, man, this dude has to get it. You gotta remember, it's like bulletin board material. When people are playing in the Super Bowl and then media is all around for these scrums and stuff, you've got to really watch what you say because you don't want to give the other team anything to motivate them. So since that day I stuck a picture on my wall and said, hey, this is a guy I have to get in the cage with one day.

"There is a badder man out there for every one of us," Cormier finished. "For as good as Jon Jones is, there is somebody who can beat Jon Jones. I believe I am that guy."