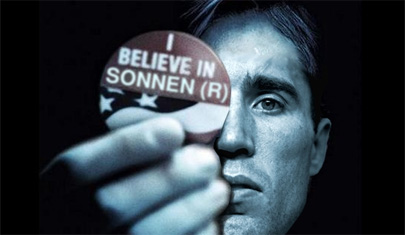 Memories of a time long gone.

You didn’t have to like him or even respect him to still feel the twinge of pathos at seeing one man’s personal reputation and professional career go up in all-consuming flames. That the flames were sparked by his own hands will no doubt delight some and depress others. Yet few can ignore the impact Chael Sonnen had on the sport.

Chael was a rare force in MMA and in MMA media. At times brash, outrageous, and snortingly funny, he was also capable of moments of honesty, objectivity, and candid self-reflection. That he could transition seamlessly from flamboyant showman to objective commentator is a testament to his skills in performance art. That he was mentioned as a possible successor to Dana White underscores the impact he made.

His two fights against Anderson Silva – from the long trash-talking buildup to the first fight, to the stunning dominance he displayed over Silva for most of the fight, to his epic submission loss in the last two minutes – will go down in MMA history as some of the craziest shit we’ve ever born witness to.

Chael had some great wins and some great losses. He’s got wins over Bisping, Marquardt and Okami. He subbed Shogun in one round. He was perhaps one round away from scoring an upset win over Jon Jones due to that ghastly broken toe. But he was crushed by Anderson Silva in the rematch, by Rashad Evans, by Jon Jones... and three times by Jeremy Horn. In addition to multiple other losses and wins throughout his long career.

He was a liar, a cheater, and a convicted felon. He was a grinder, a wrestler, and a showman. He was rightfully excommunicated from MMA. But he brought a lot of entertainment to our sport. I will miss his particular brand of crazy.

What are your thoughts on Chael's banishment from the UFC and Fox Sports?