Jose Aldo rips Conor McGregor: 'He only fought once and thinks he’s the king'

Days after the UFC announced McGregor’s return to the Octagon against Cole Miller for the July 19 card in Dublin, Ireland, the Irish fighter restarted his verbal attacks to the top fighters of the division, including the longtime featherweight kingpin. 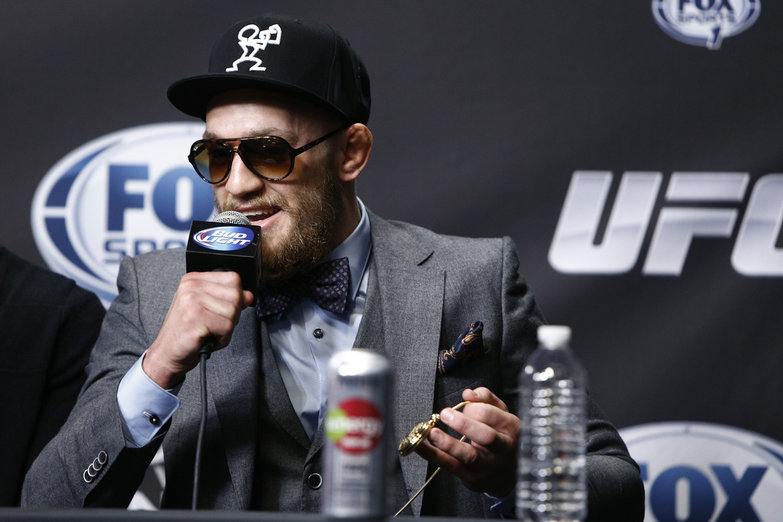 But Aldo is not impressed by his threats.

"That’s normal," Aldo told MMAFighting.com. "Some fighters like to promote themselves by talking, and he’s just another one. I’m open to new challenges and I really hope he gets where he’s saying he will, so we can fight and see for sure everything he says. For now, he’s only a talker."

McGregor is 2-0 in the UFC with wins over Max Holloway and Marcus Brimage, but Aldo still hopes to see more from the Irish.

"I never watched this guy fight, man," he said. "He only fought once and thinks he’s the king. I’m waiting to see him fight again."