T.J. Dillashaw scored one of the biggest upsets in UFC history with a fifth-round TKO victory over bantamweight kingpin Renan Barao at UFC 173, but the Brazilian wants rematch. 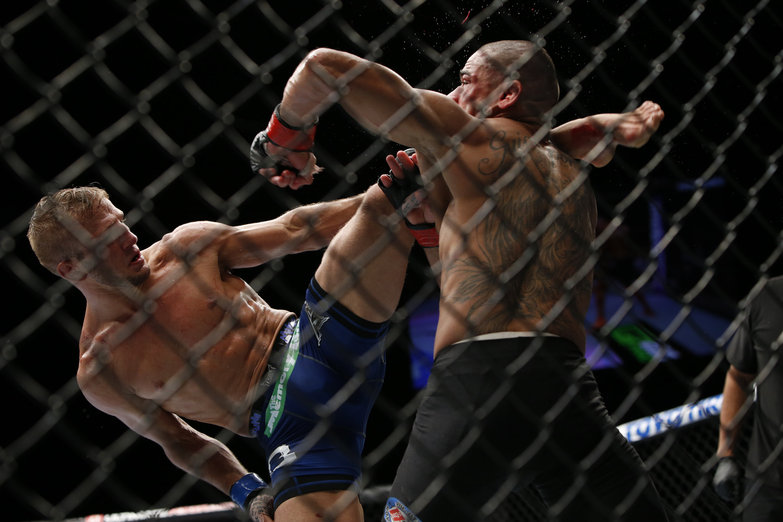 "We’re asking for an immediate rematch. It’s fair, and we’re looking a way to do it," Pederneiras said in an interview to radio show No Mundo da Luta. "It can’t happen in less than five or six months, but I think that’s how long T.J. is going to be out. Everybody wants to see another fight between them, since it was the fight of the night."

Barao hasn’t fought in Brazil as a UFC champion, and Pederneiras challenges Dillashaw to give him a rematch in Rio de Janeiro.

"The ideal would be bringing this fight to Brazil," he said. "There’s going to be a big event here in Brazil, apparently in October in Rio de Janeiro. Let’s see is these guys are man enough to fight Barao in his house."

Barao was a huge favorite to defend the title against Dillashaw at UFC 173, but he never recovered after getting knocked down in the first round. According to Pederneiras, the former champion kept fighting in "automatic mode."

"After the first knockdown, Renan couldn’t get into the fight anymore and he went dizzy with every blow," he said. "Even between the rounds, when we were talking to him, he wasn’t even looking at us. 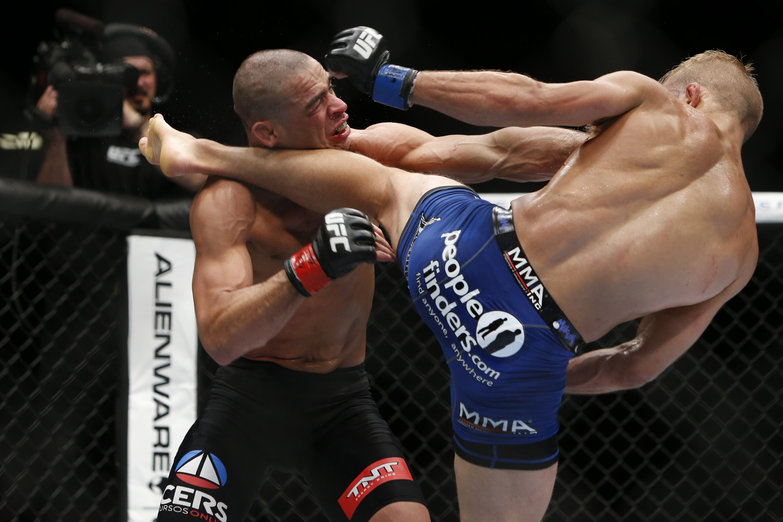 "After the first round, we told him not to trade with (Dillashaw) so he could recover, but it was like we had told him ‘go there and trade punches with him’ because that’s exactly what he did. He kept fighting and asked us who was winning the fight before the fifth. When the fight was over, he asked us what happened, if he won or if he lost."

Following the main event, Dana White said "it wouldn’t be insane" to give Barao an immediate rematch, but is not sure yet if Dillashaw will defend his title against the former champion or in a rematch with Raphael Assuncao, who defeated him last October by split decision.