As the UFC expands the international scope of their business, so, too, does the international scope of their 'The Ultimate Fighter' (TUF) franchise. On Tuesday, the UFC announced the cast of the inaugural season of 'The Ultimate Fighter: Latinoamerica', a show that will pit eight Mexican nationals against a team of eight fighters assembled from the rest of Latin America.

The coaches for the season, who will fight at the series finale at the UFC's first show in Mexico on November 15th in Mexico City, are Cain Velasquez (representing the Mexican team) and top contender Fabricio Werdum (representing Latin America). This season consists of two weight classes, bantamweight and featherweight.

Shooting for the season kicked off on May 13, which takes place at the traditionally used training center for the American version of the show in Las Vegas, Nevada. The show will debut on August 24th on UFC Network, a channel exclusive to Latin America as well as the following networks: In Argentina: CN5; Bolivia: Red Uno; Mexico: Channel.5; Nicaragua: Channel 13; Panama: NexTV; Paraguay: Telefuturo; and Uruguay: Channel 10. According to the UFC, "the season will premiere on these Networks the week of August 18, though dates and weekly episodes will vary per country. Viewers should check their local listings for further information."

TUF: Latinoamerica will air on Fight Pass for those countries where the service is available outside of Latin America.

"I have been waiting for this for the last 15 years" UFC's president Dana White said via press release. "The passion for contact sports is unrivaled in Latin America. It's part of its history and culture. I truly believe that there is a lot of potential in this season's cast and there will give everything they have in each fight. We thought that adding a little bit of extra rivalry - by having Mexico against Latin America- wouldn't be bad at all." 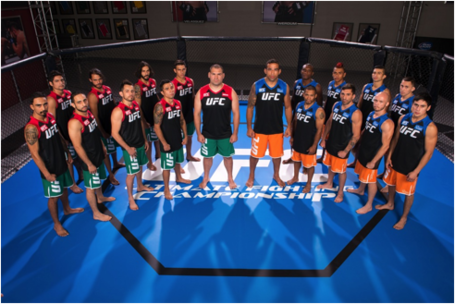