It’s possible that Ronda Rousey, safely secluded on one movie set or other, finds herself blissfully unaware of all the people lining up for the chance to punch her in the face. She no longer checks her Twitter mentions, after all, and her management -- a link to the outside -- is in a state of reconstruction.

Such is life in showbiz.

Regardless, this might be the single most compelling point in time for women’s MMA because right now there are three potential foes in the loaming, and all of them look viable to stand across from Rousey in the Octagon when she comes back in early fall (or, you know, whenever).

Training with the men 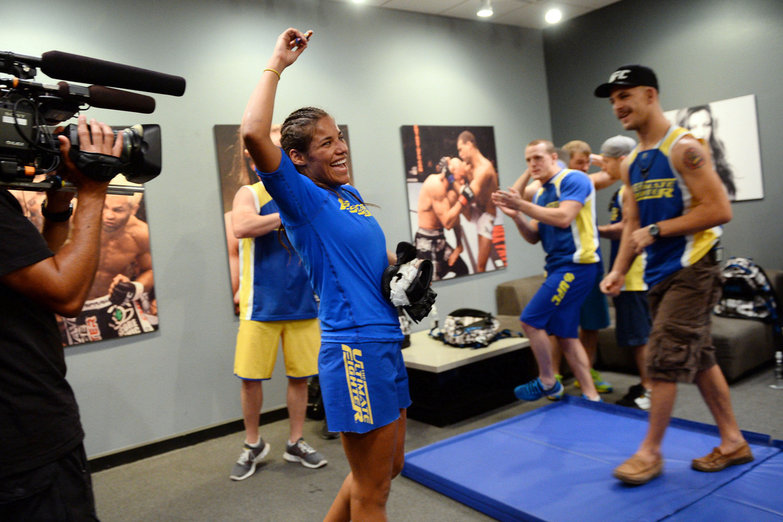 What are the realities, risks, rewards and bizarre challenges women face when training with men?

There’s Gina Carano, herself a Hollywood segueist, who hasn’t fought in five years but strikes a cool money chord with a big money promotion. There’s Cristiane "Cyborg" Justino, the longtime Strikeforce featherweight champion and present Invicta champ, who is currently whittling herself into bantamweight proportions. And there’s Holly Holm, the free agent boxing-turned-MMA champion who on Saturday night booted Brazilian Juliana Werner into the nosebleeds to win the Legacy title.

The common factor with all three names is that none of them are under contract in the UFC. Holm’s camp met with UFC officials a couple of weeks back, but couldn’t strike a deal. Cyborg, because of her affiliations with Tito Ortiz and other unforgivables, is a pariah of sorts. People were wondering if Dana White would tweet out his famous ":)" when she lost a muay Thai fight with Jorina Baers last week. He didn’t, which might be an indication that things have thawed. (Probably not).

Carano recently appeared on Arsenio Hall and flirted with the idea of fighting again. She’d like to do it soon, she says, or else never. The fact that Carano divulged this on a non-MMA nationally televised talk show like Arsenio Hall tells you the difference between her and, say, Cat Zingano, who is yet another hovering name out there for Rousey. Zingano has a nice win over Miesha Tate, but Carano was the original transcendent star in women’s MMA, one of Fast and Furious 6 cast. Rousey, of course, belongs the next era of Fast and Furious 7.

You can see how there’d be bad blood.

And as crazy as it seems, Carano might be the favorite to land the Rousey gig, even if she lacks any of that sporting merit that people are always getting hung up on. The UFC is meeting with her again next week to see what’s what. Should she sign with the UFC, there will be a shticky vibe to the whole Carano-Rousey thing which will put those who believe in pecking orders on edge. But it wouldn’t be booked for those nitpickers, anyway. It would be booked for the ever-coveted casuals who are drawn to pop culture headlines like insects to the cool purple light. Carano-Rousey would be immense for reasons that aren’t all sanitary, but in terms of an event, this thing is ready-made.

One can imagine them doing the carwash at ESPN already. It would do big business.

But there are questions there, too, which will need to be answered. Can Carano make 135 pounds? Eight years ago she fought Leiticia Pestova at 135 pounds, but since then it’s been a lot of featherweight, catchweight and missed weight. If we’re concerned about Justino not being able to make the weight, then surely we’re concerned about Carano, too. Then there’s the five-year hiatus to consider. There’s cage rust and then there’s five years gallivanting in Hollywood type of cage rust. That’s a lot to overcome just to get ritualistically arm-barred. 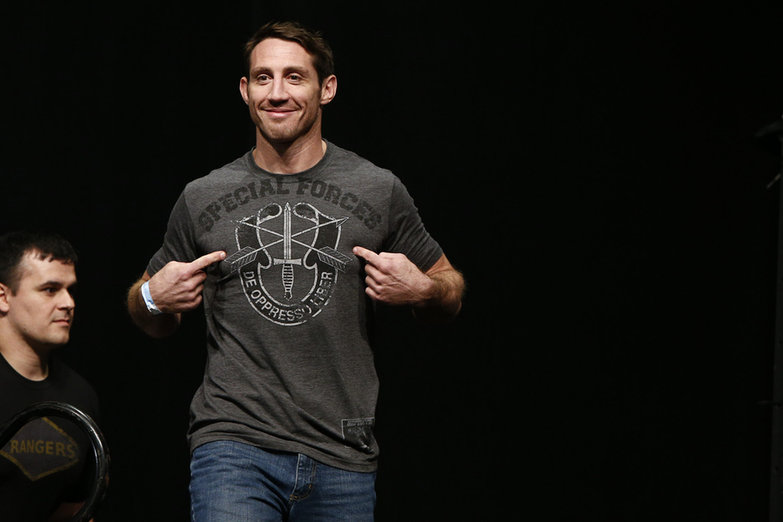 The more long shot possibilities to face Rousey -- Holm or Justino -- just happen to be the most compelling. The new twist there is that they might be considering facing each other outside of the UFC, as part of some kind of rogue pay-per-view. Of course, this could be posturing to make sure the UFC comes correct, but who knows? It doesn't help that Holm broke her arm in the Juliana Werner bout and will be tabled for a bit. What we do know is that Justino wants to make a practice cut down to 135 pounds, and then fight for the Invicta bantamweight belt in July. Should she do all that, she could then make a claim to fight Rousey in late-2014. Cyborg wouldn’t be next for Rousey. But, if she played her cards right (and keeps Tito at arm’s length), she could be next next.

Holm, on the other hand, is in no personal rush to fight Rousey. She just wants to fight people and build towards it. The buzz around her name though is big enough to rev up the speculation, though. Holm-Rousey will do big business when it comes around.

So who will Rousey face when she comes back from filming?

Your guess is as good as mine, but here’s thinking Carano is the favorite, Holm is stored away on the roster for later, and Cyborg continues battling from UFC purgatory. If nothing can be worked out, and the UFC is really forced to dig deep, there’s always…there’s always…well, you hate to say it, but there’s always Alexis Davis or Cat Zingano, the two contenders already in the ranks, both of whom have earned their shots through traditional channels. That’s an idea. Or they could be made to fight each other in a title eliminator if Carano comes aboard. The hunch is that’s what happens.

No matter how it shakes out, would you look at all these possibilities in women’s MMA right now? This kind of drama belongs in Hollywood.