On Thursday's episode of "The Arsenio Hall Show," Carano said she is currently "kinda considering" fighting in the UFC and is meeting with UFC president Dana White next week to discuss her future with the promotion. 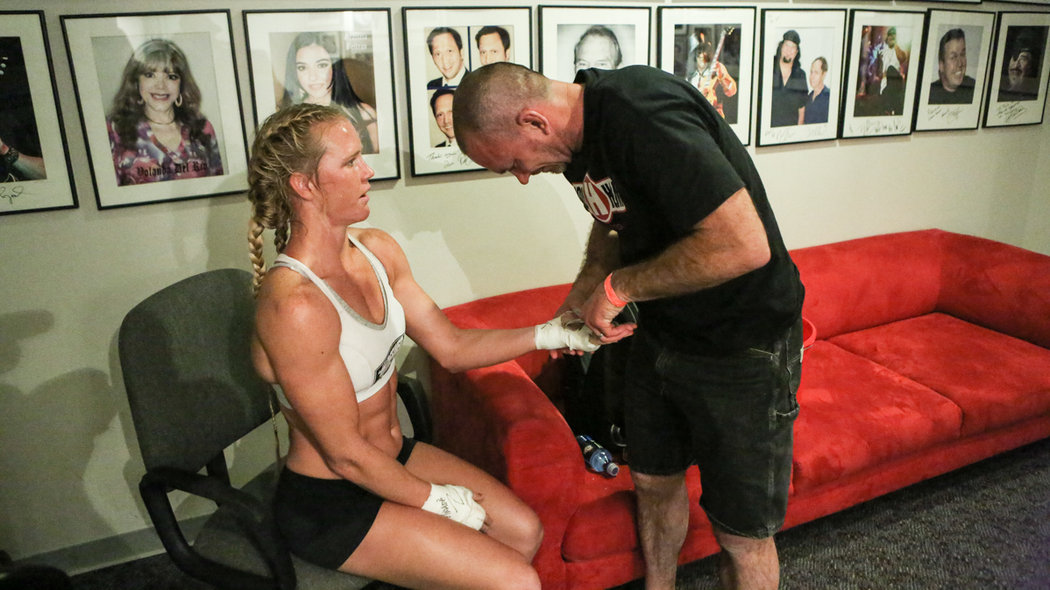 Holly Holm is back in action Friday night. Could a stand-alone pay-per-view fight against Cris Cyborg be in her future? It has been discussed.

"I love it," she said about fighting. "It's something I can do that makes everything else disappear. I dream about it. I just didn't know if I was ever going to get placed with the opportunity to make a comeback. So I'm either going to do it now or retire and say, I'm never going to do it. So now is the moment."

The 31-year-old Carano, whose latest film "In The Blood" comes out Friday, hasn't fought since her Aug. 2009 loss to Cris Cyborg. And while she has kept a relatively low profile in MMA circles since then, rumors began to emerge last month that she was considering a comeback and that the UFC was interested in booking her against Ronda Rousey. Carano's management team reportedly talked to the UFC recently but no deal was struck.

Carano has never fought in the UFC, but the organization inherited her contract when its parent company, Zuffa LLC, purchased Strikeforce in 2011.

"There's not a workout that I go through that I'm not fighting somebody in my mind," she said, "and it's never gone away."