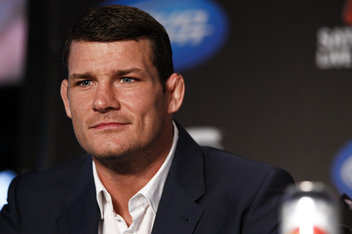 Ten weeks after suffering a gruesome injury in a championship fight with Chris Weidman at UFC 168 in Las Vegas, Nevada, the former middleweight kingpin is already kicking with the left leg.

Silva, who broke the left tibia and fibula when Weidman checked his kick in Dec. 28, said that being able to kick again is one of the greatest moments of his life.

"I compare this first kicks to the joy of the birth of my first sons," Silva told UOL. "Not it’s time to overcome the fear, and I’ll get there. I still have much to do, but I’m confident and happy with the first results."

There’s no timetable yet for Silva’s return to the Octagon, but UFC president Dana White is confident that "The Spider" will fight in 2014.