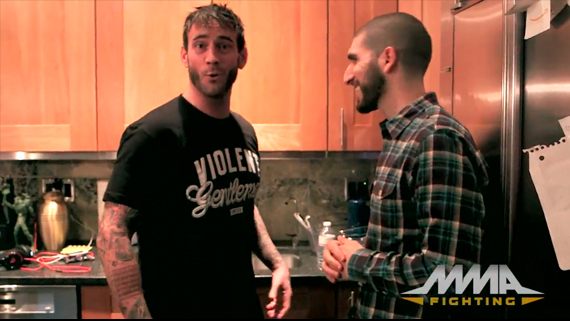 First off, I have to admit that I’ve been a Wwe fan growing up in the 90s and watched some of it ‘on and off’ for the last few years. One of the storylines that kept me hooked was witnessing the ascension of CM Punk from Ring Of Honor almost a decade ago to the big leagues of professional wrestling. Here was a guy that nobody thought was going to make it to the Wwe let alone be one of their major players and yet against all odds and conventional business sense CM Punk rose up the ranks to reach the proverbial mountain top and finally get his due under the bright lights of the entertainment circus managed by Vince McMahon.

The key operative words being ‘get his due’ – for even after exceeding expectations and becoming an unlikely headliner, Punk didn’t think he got anywhere close to what he deserved. Among the plethora of reasons for his departure, perhaps the most significant one was him never getting the much coveted ‘main event’ spot at WrestleMania.

But what’s truly remarkable about his story is, instead of continuing to go through the motions while being filled with self-pity, he upped and left. Simply took his ball and went home. When the Wwe stopped his royalty payments, fired him over Fedex on his wedding day and tried to strong arm him into a ‘no compete’ clause, he lawyered up and took it to Vince McMahon. That in itself is a victory of remarkable magnitude and I reckoned that is how CM Punk was going to go down in all of our collective memories – A star that shone bright, mostly on his own terms and then one day without warning just disappeared into the horizon of urban legends.

Not in a million years did I think his hobbyist partaking in jiu-jitsu would become his new found vocation. Never did I imagine he would be standing in a three piece suit next to Joe Rogan. And never did I think that he would be signed up with the UFC without so much as ever having thrown a punch in a professional bout. But that’s just life isn’t it? It’s unfair and it belongs to those who have the guts, the gall and the chutzpah to go after what they believe in. So while ‘Funky’ Ben Askren looks for cans in Asia, Phil Brooks is going to jump over into the shark tank with little else than a pair of ‘brass balls’ and a ‘never say die’ spirit trying to write a new chapter for himself and perhaps the UFC.

I for one cannot remember being this excited in a long while – because a lot of us made the jump from being little boys enamored with the spectacle of professional wrestling to being men who are now captivated by the purist warrior ethos of martial combat. Can CM Punk make that jump as a competitor? We’ll find out in due time.

Who would you like to see CM Punk debut against in the UFC?