Ronda Rousey: Cris Cyborg should be charged with attempted homicide for fighting on PEDs

On Monday's edition of The MMA Hour, Rousey, when asked about a potential matchup with the former Strikeforce and current Invicta featherweight champ, made it abundantly clear what she thinks about Justino in the wake of her 2012 suspension for performance-enhancing drugs.

"If [a fight with Cyborg] happens or not, whatever," Rousey said. "I'll do it, I'll beat her, it's just, I mean, that girl in my eyes should be charged with attempted negligent homicide. Coming into the cage with performance-enhancing drugs is the equivalent of walking in there with a weapon."

MMA's issues with PEDs seem to be getting worse. In other sports, an athlete's PED use simply enables them to hit a ball farther or run faster, but in the case of MMA, another human being is taking damage as the result of such usage. Rousey fears the results of a worst-case scenario. 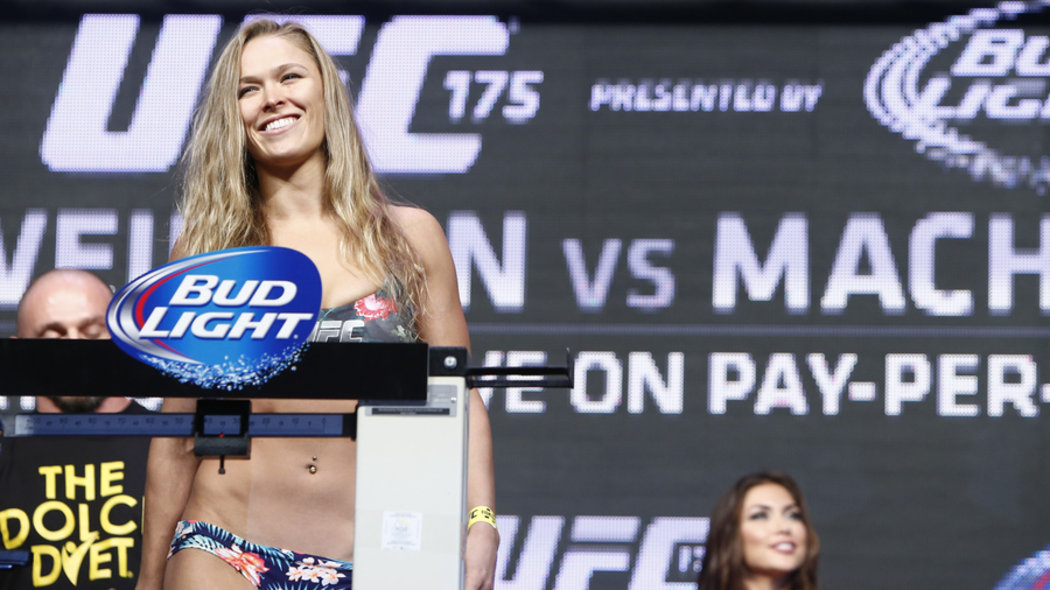 "The only reason we're even allowed to do MMA is, given potential for how it is right now, we can say it is safe," Rousey said. "But if you keep putting PEDs in people, it's going to become less and less safe, and the day somebody dies in that Octagon, and the other person tests positive for steroids, you're going to have your first murder case in MMA and that is going to be the kind of thing that destroys the sport. It could destroy the sport forever."

That said, Rousey still wouldn't say no to a potential fight with Cyborg - who was scheduled to make her bantamweight debut at Invicta 10 before a foot injury caused her to pull out - even if she doesn't feel Justino deserves it.

"I'm happy to put her out of her misery and put her out of the sport so no one else will ever have to deal with her again because it's something that needs to be done," Rousey said. "But do I think that having a big PPV card is worth having that sort of thing for the sport that I've worked so hard to develop? Then no, I don't think it's worth it. If you put her in front of me, I'll put her out. But do I think she deserves to be there? No."