Vitor Belfort will be on one of the longest layoffs of his MMA career when he steps in the Octagon against Chris Weidman in 2015, and he’s confident that it won’t be an issue at all.

"The Phenom," who improved to 24-10 in MMA with consecutive knockout victories over Michael Bisping, Luke Rockhold and Dan Henderson in 2013, will challenge the "All American" for the 185-pound title after zero fights in 2014.

"The fact that I haven’t fought in 2014 will only make my opponents surprised with my performance," Belfort told MMAFighting.com. "I had time to adapt myself and evolve even more. Despite not having fought, I worked hard at Blackzilians and spent this whole time getting ready to win my third world title in a different weight class in the UFC."

Initially slated to meet Weidman on May 24, Belfort was forced out of the bout after testing positive in a random drug test in February. The Brazilian was granted a license by the Nevada Athletic Commission and again set to fight the UFC champion on Dec. 6, but this time Weidman was the one to pull out with a broken hand.

"The year of 2014 was really full of postponements and twists, but I’m positive that those adversities will only make me stronger and ready for the next challenges," he said. "I was expecting to fight and win the title, but I believe that everything happens for a reason. My training routine is intense, it’s part of my lifestyle. I will continue focused on reinventing myself and getting stronger every day, waiting for the fight." 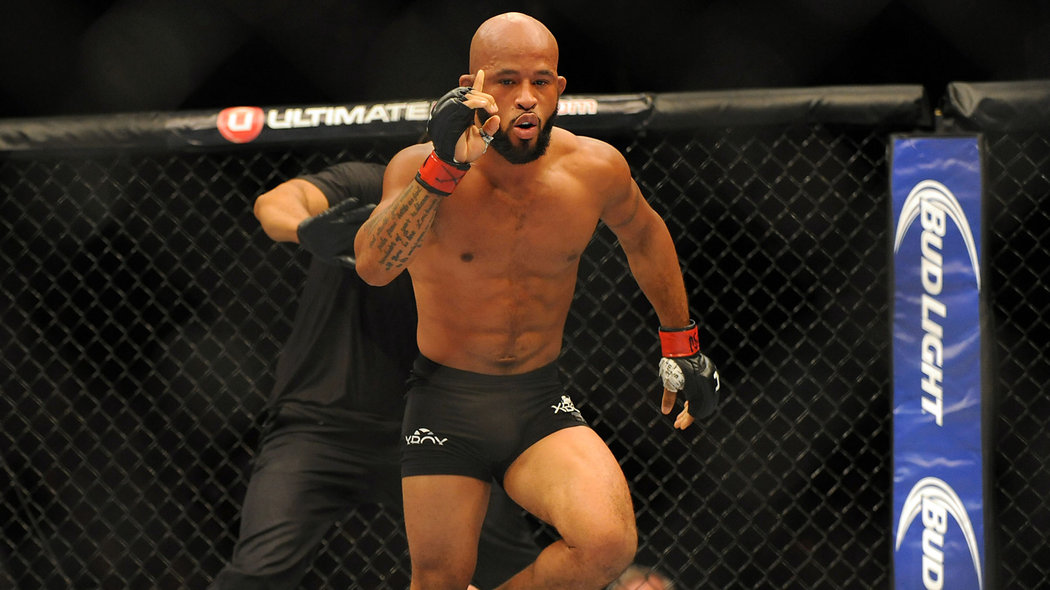 UFC flyweight champion Demetrious Johnson is getting his just due as one of the sport's finest all-around fighters..

This will be the second time that Belfort won’t fight even once in a calendar year. Belfort, who also entered a middleweight title bout against Anderson Silva more than a year after his previous bout, believes that hard training will be enough to overcome the long layoff.

"I will continue to train. The month before the fight is when the heavier training happens, and since they postponed the fight, this intense training will happen in January. Until then, I will continue my normal routine that is really disciplined and focused on my goals," he said. "I have 18 years of a professional career and my preparation doesn’t depend on a fight schedule."

Belfort says "everybody loses" with Weidman’s hand injury, and insists that the UFC should create an interim title.

"Dana White confirmed that my opponent will have to wear a cast for four weeks, and will be cleared (to train) in six. I have to respect the decision that was made. Unfortunately, injuries are part of the routine of professional athletes," he said.

"In this type of situation, everybody loses – the fans, who want to see an incredible fight, the other athlete, who trains hard for a fight, the promoters and sponsors, who want to make it all happen.

"The belt must be available to be conquered by the best fighter. I’m in favor of creating an interim title for cases like this, when the champion gets injured more than once, especially in back-to-back injuries, preventing title fights to happen."

In a recent appearance on The MMA Hour, Weidman said Belfort’s request "doesn’t make any sense."

"This is a guy who, I just fought in July," Weidman said. "It doesn't make any sense, it's not like I've been out for a year. This guy hasn't fought since November. And I was actually, we were supposed to fight. We were lined up to fight in July. And he had to pull out of the fight. And you know why he had to pull out of the fight? He failed a drug test. So this guy is failing drug tests and he has the audacity, he has the balls to start talking junk? About me not fighting. He hasn't fought since November. So what if he gets the belt? So what happens with that? He just makes no sense. That's the bottom line."

Joining the middleweight title picture after impressive performances, former Strikeforce 185-pound champion Ronaldo Souza is not a believer that Belfort will step up and challenge Weidman in February, and that’s why "Jacare" is training to eventually replace him against the "All American."

"The only thing that matters is my confidence and will to win," Belfort said of Souza's manager’s comments. "I don’t worry at all about other people’s opinions or thoughts."