The month of Halloween is here – let's celebrate by examining the the scariest places to be in Mixed Martial Arts. What are the absolute worst situations to find yourself in?

There are certain situations in our beloved sport that have become known as unfavorable, to say the least. So while this list may not include a one night stay in Joe Son's prison cell, or employment as Mayhem Miller's public relations manager, the following scenarios are filed under 'TO BE AVOIDED' by most professional fighters. Let's get to it:

10. The Waiting – Going to a Decision against Benson Henderson 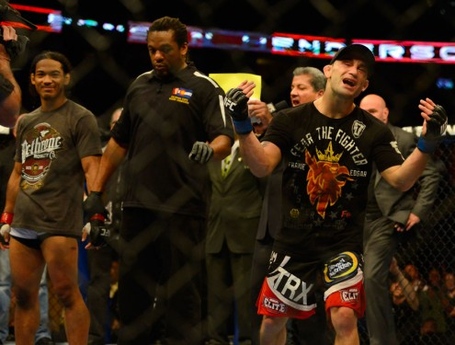 Ben Henderson does not lose controversial decisions. As Frankie Edgar, Gilbert Melendez, and Josh Thomson have all found out recently, if you have a close fight with Benson, you are going home a loser. The judges are firmly in the corner of the 'Smooth' one, so his opponents now must be wary of odds if they see the final bell. To avoid career and purse damaging losses, avoid going to the D with this man.

Uriah Faber lost his WEC featherweight belt in November of 2008 – since then he has been unable to earn any gold back around his waist again, going 0-5 in title fights. However, the curse does not extend to non-title bouts. Since then, Faber is an unstoppable 10-0 against top compeition. He simply looks amazing during non-title matches – whatever the reason, if a fighter signs a contract against Faber, they'd better hope it is for a title or else they are going to be facing him when he is functioning at a truly elite level. 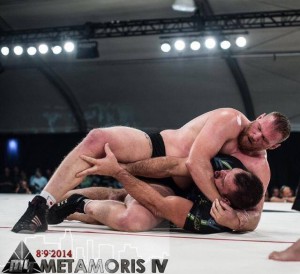 Stay off of your back - a master of the 'violent art' of catch wrestling, veteran heavyweight Josh Barnett is impossible to move once he gets his enemy down to the ground. By staying heavy on top and using suffocating holds and positional awareness, Barnett has collected 20 scalps by way of submission in his MMA career. Bottom line, if the Warmaster is on top of you, he is in control and he will manhandle you until the bell rings.

7. Brawling with Melvin 'No Mercy' Manhoef 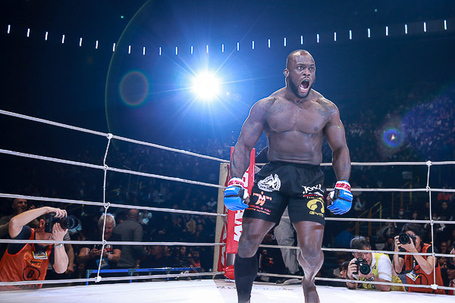 Manhoef is a flawed mixed martial artist, with various deficiencies in his game. But what he does have is something special to behold – and downright terrifying in action. Blessed with incredible fight ending speed and power, combined with a natural killer instinct, he can put anyone on Earth to sleep. Nobody (Robbie Lawler as the exception) has the guts to stand toe-to-toe with Manhoef, and if they do it is highly probable their night will end with unconsciousness. An astonishing 54 human beings have been KO/TKO'ed by Manhoef in his combat sports career, and the number is still rising.

6. When Shinya Aoki has Time to Work 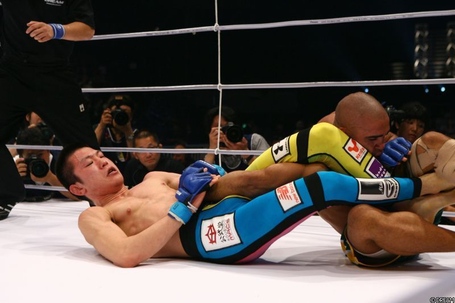 Once Aoki has locked onto an opponent like an octopus, the audience simply waits for end to come. Aoki's grappling skills and creativity are unparalleled in the MMA community. We've seen him break limbs, toy with his victims, and win with a stunning array of different chokes and joint locks. He is like quicksand - competitors that find themselves in a grappling match with Aoki are forced to grasp for a new strategy before they enter a painful situation that they cannot escape.

5. Locked in a Cage with Cain 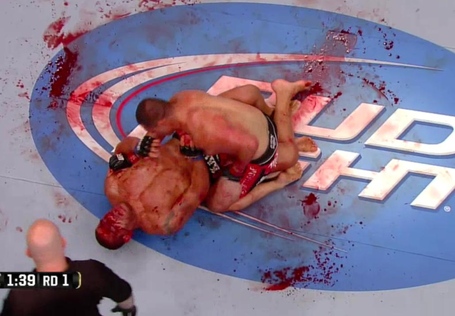 The current HW champion is a soft spoken, hard-working guy. But when the cage doors close he transforms into a hurricane of brutality. Recently, his vicious beatdowns of Bigfoot Silva and Junior dos Santos serve as reminders of the devastation he is capable of. When the bell rings, Cain moves forward like the Terminator and mixes in dirty boxing and takedowns with relentless pressure. If you agree to be the man to be locked into a small cage with Velasquez, prepare for a difficult night and some brand new scars on your face. 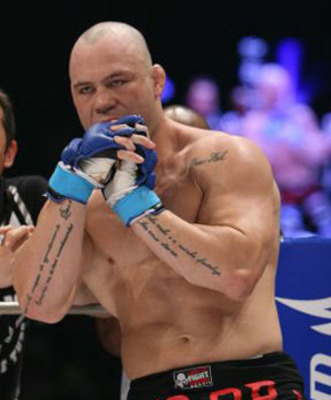 Fear the clinch - Wanderlei Silva is absolutely punishing in the phone booth range. His berserker wheelhouse barrages are legendary, as are his knees from the Muay Thai plum. Many opponents in Japan and worldwide have woke up on the canvas gazing at the ceiling lights after allowing Wanderlei to stand in front of them. He stared at his opponents like a carnivore – they knew exactly what he was going to do to them – but they simply could not stop the onslaught. His career has had its momentum shifts, but he remains one of the most feared and lethal strikers in the sport.

3. Palhares Dives for a Limb

When Rousimar Palhares fights, everyone waits for that moment. The moment when Toquinho decides to make a kamikaze dash for his opponent's legs. Once he latches onto one of the limbs, total panic mode ensues. Palhares has the most feared leglocks in the game. Period. The fact that he can consistently catch his opponents in the same technique is astonishing, but what makes him truly scary is the fact that he tends to lose his mind. He torques his entire body into the submission, and rarely lets go during the tap – a trend which has injured multiple competitors and led to his ban in the UFC. 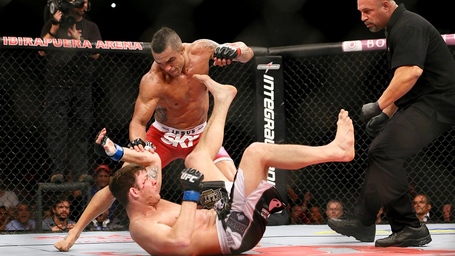 Very few situations in the MMA world were scarier than facing the controversial phenom in Brazil last year. He fought three legit middleweight contenders in South American main events. What happened? All three ended in brutal, shocking KO's (all set up via head kick). The fact the Vitor was obviously chemically enhanced somehow made him even more frightening – you weren't quite sure what violence he was capable of in the ring. With his tribal haircut and intimidating physique and reputation, Belfort was a terror to deal with during this late career rampage. 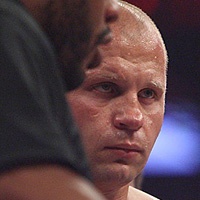 The Last Emperor, one of the greatest fighters the sport has ever seen, was an imposing figure at the top for a decade. His utter calmness and total lack of emotion masked the carnage that he was capable of unleashing once the bell rang. A storm of violent action was about to occur, but during the staredown Fedor was a blank slate. It was completely unnerving.

Dr. Joe Bell, a psychologist quoted in Fighter's Only magazine:

"The best when it comes to the stare down is Fedor Emelianenko. Watch him: he does not make eye contact and his entire expression is extremely relaxed - you would think he is about to perform a ballet or something. But here is the crucial thing. When the referee tells them to head back to their corners, Fedor suddenly darts a short look directly at his opponent - or through his opponent, I should say. This kind of look is associated with antisocial behavioral disorders and psychopaths. They don't look at you, they look through you. It's emotionless; it goes deeper than skin level. You will get a lot of fighters who will catch that look and suddenly realize they don't want to be there. Wanderlei Silva has a staredown that makes you think 'this is gonna hurt', but Fedor's makes you think, 'I might die'."

Brett Rogers on staring down Fedor:

"I looked into his eyes to let him know he was done - and there was nothing there. It was like I was staring into a void. It kinda psyched me out."

Fedor himself simply had this to say about his fights:

"Years ago we hardly had anything to eat. Now I earn more money and I see every opponent as a man that tries to put me back to that poorer period. That man has to be eliminated." 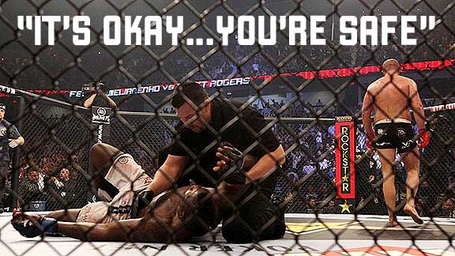 Happy October MMAFighting, thanks for reading.