Jacob Volkmann handled Lyle Beerbohm en route to a unanimous decision win last weekend at WSOF 3. Though apparently the man they call "Dr. Feelgood" fought a much more worrisome battle in his hotel room the day prior.

"The maid knocks on my door and keeps on knocking, and I [thought], ‘I'd better not get up too fast.' So I got up and walked toward the door, and by the time I got my hand on the door, I blacked out," Volkmann told Sherdog. "Next thing I remember, I was shaking on the floor, having seizures.

"I banged my head, and I must have hit my back on the door handle. I didn't tell anybody, because I didn't want them to say I couldn't fight because I just had a seizure. I had bills to pay, so I really didn't have a choice."

Volkmann went on to explain that the incident took place while he was dehydrated from cutting weight, and afterward he abstained from informing Nevada State Athletic Commission executive director Keith Kizer what happened. Volkmann is a licensed chiropractor in the state of Minnesota, so after checking all his necessary faculties, the outspoken 32-year-old seemingly cleared himself ready to get punched in the face the next night.

"Mentally and physically, I felt fine. I didn't feel cloudy," Volkmann explained. "I kind of did a self-analysis based on my medical background. I just wanted to make sure that my cognitive was there and my mental state was up to par. I was mentally able to fight, still. The thing about chiropractic education is that the first two years are the same as an M.D.'s education. You just branch off after two years.

"It was a byproduct of being dehydrated. I don't think I need a CAT scan or [anything]. There's nothing cloudy. My memory is fine. I don't feel sluggish at all. I'm good to go."

Far be it from me to question anyone's medical credentials, but if Volkmann suffered actual, legitimate seizures, reaching any form of a diagnosis based on two introductory years in medical school seems like an incredibly precarious decision. But hey, I'm just some guy who stuffs food into his face and writes words for a living, so what do I know?

Volkmann seizures. Jacob Volkmann claims to have suffered a seizure the day before defeating Lyle Beerbohm via unanimous decision at WSOF 3, according to a report from Sherdog. After the incident, Volkmann neglected to tell any commission officials, "performed a self-assessment" then cleared himself to fight the next night.

Shamrock on Fight Master. Frank Shamrock reflects on the debut episode of Fight Master, why he stood up to get Nick Barnes, and how Greg Jackson's passive-aggressiveness could spell trouble later in the selection process.

Aldo heavy favorite. Las Vegas oddsmakers pinned Jose Aldo as more than a 5-to-1 favorite to defend his featherweight title against Chan Sung Jung at UFC 163, according to the opening lines at BestFightOdds.com.

"He'd be a fool not to respect me as a fighter. On July 6th, when we step in that cage, he's going to have respect for me." -- Chris Weidman, stating his case.

What's the matter, Chris? Oh, you were finished! Well, allow Joe to retort.

For anyone interested or anyone that missed it, you can check out the full debut episode of Bellator's 'Fight Master' below. (Click to watch.) 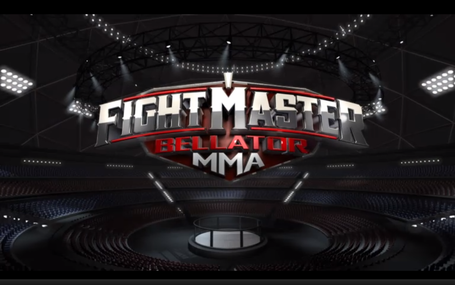 If you didn't watch Bellator's undercard this week (and let's be honest, I doubt very many of you did), you missed one hell of a brawl. Folks, check this out:

Don't forget, the Diaz circus (kind of) returns this weekend.

Can I please get a fight booked! @BryanHamper @BrianButler_Au @ufc

I don't think I have ever seen a guy be so open for threes.....#NBAFinals

Wow this game is cray cray... I hope everyone is watching

#Duncan u are a warrior. I am heat but a great respect for you

After this win, you Lebron haters better get off his back. @KingJames deserves our respect. #witness #GreatnessAwaits

"I'm not even supposed to be here, I ain't got no worries"

Careful with that champagne bottle this year @chrisbosh

Good one "@Koipan23: "@JonnyBones: Careful with that champagne bottle this year @chrisbosh" don't want him to get a DUI"

This is great, but when does football start?

I hugged a big live Tiger today. He looked annoyed then head swatted me. Then it rained. That is all. Please don't rain tomorrow #Phuket!

Maybe dion should have blown his nose before the fight. Gross pic.twitter.com/M3KN4jRd8I

POLL: Who's sexier, Sharon Stone in Casino or Michelle Pffeifer in Scarface? I need alot of responses to make this legit.

"I have no regrets. I've helped this sport to grow...but I won't fight anymore..." @BabalusIronGym post fight: pic.twitter.com/aAp5ymlySg

I did it my Way. I lived the the life of a fool, no regrets http://t.co/0s8CCYyivo

Today's Fanpost of the Day sees dpk875 return with another edition of: A quick look at some of the better prospects in action this weekend

A quick look at some of the better prospects in action this weekend.

RFA 8 - 21 Jun - Milwaukee, WI - If you want to see top prospects, there is no better place than any RFA event.

Pettis was suppose to be in a fight with long time MMA veteran Jeff Curran that could have easily sold his case for a shot at the UFC with a win, but Curran has pulled out of the fight just 10 days out. Now Pettis is in a tough spot where he is facing a relatively unknown fighter on short notice. Pegg has 3 wins in 2013, and very little to lose in this scenario against the more hyped prospect.

Palmer has been considered one of the best prospects in the sport from the minute he announced he was pursing MMA, after being a 4 time All-American wrestler at Ohio State. He has been training with Team Alpha Male, and to this point in his career he has delivered on the hype, and is closing in on a UFC invitation.

Munhoz is a two time Brazilian National No-Gi champion. He has been a pro since 2008, but has had six fights cancelled due to opponents pulling out already in his career. Munhoz tried out for the most recent season of TUF, and made the interviews with the TV people but feels he missed his chance when he told the producers that he doesn't talk much shit about his opponents. There are holes in Munhoz's striking, but he is quick to come out of a scramble with a submission attempt. Jackson was a college wrestler at the JUCO, and Division II level.

Birchler was a 2 x NCAA qualifier while wrestling at Edinboro University. He currently is training at AMA in New Jersey, which is also home to numerous current and former UFC fighters. He has a little pop in his hands, but generally sticks to his base, and takes guys down and grinds out his wins.

East will attempt to win the KOTC Heavyweight title for the second time. His first attempt ended when he was stopped by long time KOTC, and MMA veteran Tony Lopez. Since that fight East has won three fights by first round stoppage, and even taken a very low level pro boxing match, which he also won. Sounds like he has been training with guys like Frank Mir, and Travis Browne at Greg Jackson's recently, so that should help his progress.

Avila trains out of team Alpha Male and puts his 10 fight win streak on the line against the UFC, and Dream veteran Uno. A win here for Avila should put him in line for an offer from UFC, Bellator, or OneFC.

Justin Gaethje has graduated from prospect to a top fighter. The only thing keeping him from Bellator or UFC at this point is his current contract with WSOF. Jerrod Sanders and Krasimir Mladenov both picked up decision victories to improve their long win streaks to double digits. Tyson Steele on the other hand was derailed in the first round by veteran Steve Carl.

Scott Holtzman picked up a very nice win, and remained undefeated as a LW prospect.

Doo Ho Choi picked up another entertaining win. I don't know if it was impressive enough to get UFC on the line, but he is sure fun to watch.