Pat Healy forfeited over $130,000 in bonuses earned from his UFC 159 victory against Jim Miller after testing positive for marijuana in a post-fight drug test, leading UFC bantamweight Bryan Caraway to retroactively receive Healy's $65,000 ‘Submission of the Night' bonus.

Healy's punishment has drawn widespread criticism across the mixed martial arts community, and on Thursday, Nate Diaz joined into that chorus. Diaz tweeted his support for Healy before hurling a homophobic slur indirectly at the "guy who took the money" on Twitter. 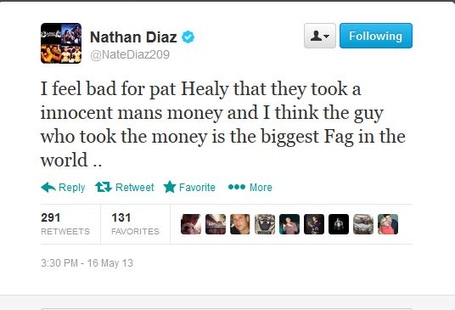 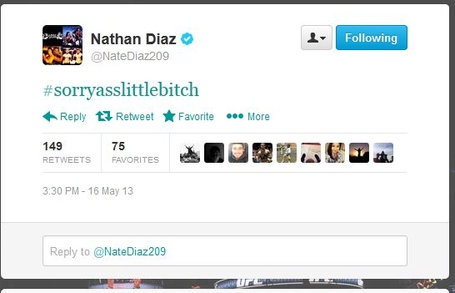 Diaz initially directed his slur towards "the opponent" who took Healy's money before deleting his tweet and reposting instead with the term, "the guy."

UFC officials have yet to comment on Diaz's statements.