Another hectic Monday blows by and we're left to digest it all. If you checked out early, you missed a 24-hour span that saw Nick Diaz talk shop, Jon Jones have a baby, Chael Sonnen ruin some mystery man on Twitter, Las Vegas continue to doubt Vitor Belfort, and Matt Riddle announce that he smokes an eighth of an ounce of weed -- every, single, day. So yeah, same old, same old.

But in case you skipped any of it, not to worry. Your ol' pal Shaun is here to help. With that said, let's stop wasting daylight and get to it.

Riddle suspicious of drug test. Former UFC welterweight Matt Riddle voiced suspicions regarding his recent failed drug test, before commentating on his future: "What I see happening is, a year or two from now the UFC calls me back after I've won probably like five or six fights, hopefully. And I'll probably, at the time, say, ‘No.' Because I really don't like the direction they're taking the company. They're firing high-level talent so they can have lower level talent just scrap, and they'd rather have a brawl than a good technical fight. I think that's going to be their downfall, because the fans are getting more educated."

Rockhold favored over Belfort. Las Vegas oddsmakers have pinned Strikeforce middleweight champion Luke Rockhold (-130) as a slight favorite over Vitor Belfort (-110) ahead of the pair's UFC on FX 8 clash.

UFC books Winnipeg event. According to Joe Ferraro of Canadian news outlet Sportsnet, the UFC is heading to Winnipeg's MTS Centre on June 15th, 2013. Winnipeg will be the fifth Canadian city to stage a UFC event.

"I'll tell you right now, I want to fight the No. 1 fighter in the world. I've always said that. I want to fight the No. 1 fighter. Georges never said that. That's the only thing I've ever said negative about Georges, is that, if I were in his place, I would do more. I'd be asking for the Anderson Silva fight. I wouldn't let that blow away. Like, that's crazy." - Nick Diaz

Speaking of Nick Diaz, we have a new frontrunner for Highlight of the Month.

Wanderlei Silva: the only man that can save this meme.

Real talk. How utterly bizarre is it that this special even exists?

Props to Martin Vidal for the find.

Poor Jamie Klair, the unlucky man who got knocked out twice in a span of three seconds.

Remember that fight Takanori Gomi won, but didn't? Well, apparently he broke his hand early in first round. (Source.) 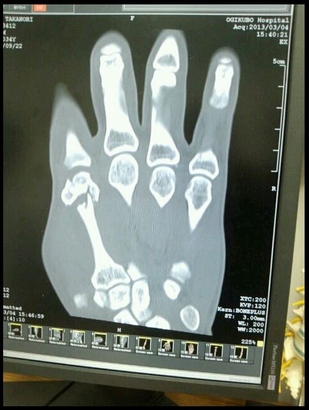 SONNEN ON THE WARPATH

Don't ever let truth get in the way ofnipping at my heels, you rabid little dog.

Don't blame me for you being stupid and get all vindictive w/fake stories and slanted, biased garbage reporting.

I'm not some "IdiotMaker" that poured hot babboon-crap into an idiot-mold and then you popped out when it cooled.

That was God's doing.

God, AND Jesus. Took both of 'em to create the masterpiece of stupidity and uselessness that is YOU.

Kinda like it needed Simon AND Garfunkel to make "Bridge Over Troubled Water".

You have no Journalism degree. You are a fraud, an opportunist, and a fool.

And you're not even a talented or imaginative FRAUD! At least guys like Gene Simmons PRETEND to play the bass once in awhile!

You are a coward, you are a failure, and you are a creep. I won't pay your rent at the flophouse by stating your name and getting you hits.

Have you noticed how the GENUINE MMA Journalists treat you like a black tuxedo treats a pair of brown thrift-shop shoes?

Stop texting me begging me to stop, like you beg me for quotes.

The fans reject you to your own little online purgatory where you belong. You are denied credentials because you have no credibility.

You create nothing, you understand nothing.

You're sitting there in the dark praying to whatever false God that fake journalists pray to hoping I won't name you....

But your prayers are wasted, and your god is as false as your credentials. I WILL name you.when I am ready. Sleep soundly. Or something....

YOU KNEW IT WAS COMING

@jm_whitewolf we can make sure that happens

Just watched my fight in slow mo with won round 1&2 NO ? if gomi won a rd it was 3 but by swinging at air! Never phased ounce #rewatch RT

At 11 o'clock sharp we gave birth to a beautiful baby girl, her name is OliviaHaven Jones!!!

My girl was a total stud! One big push, a whole lot of screaming and out comes Olivia

Guys Liv is so pretty! She has a head full of hair and is sucking on this tit like a champ

Careful @rondarousey we might have a new challenger for your belt

Dr said my knee is doing great ill be able to go in 6-7 months. We must have different Definitions of the word great

TheHulk is PROUD 2announce i have signed wit da UFC! Thank u #HulkGladiators for your support twitter.com/soathehulk/sta…

I SEE WHAT YOU DID THERE

"Calm down doctor. Now's not the time for fear... That comes later"- Bane :) twitter.com/CarlosCondit/s…

Yo @wandfc, stay on your supplements at 205, or come back to 185 and get knocked the fuck out. You decide? Obrigado @ufc & @danawhite.

Today's Fanpost of the Day sees Jonnyboy6969 take a closer look at: Who Should Fight Who? UFC on FUEL 8 Winners & Losers

Silva should fight Belfort - Reason: They fought way back in 1998, they were supposed to fight again, they coached opposite of each other on TUF Brazil. That fight apart because Vitor got injured. I think this is the perfect time for the rematch. I'm assuming Vitor will lose to Luke Rockhold and if he does then I think this fight should happen. A year ago I thought the rematch was pointless and that Silva would get destroyed but now after I watched Silva KO Stann the way he did, I'd love to see that fight. If Silva stays at 205 then he could fight Chael Sonnen, again I'm looking ahead here, if Sonnen loses to Jones then this fight could definitely happen and it would be a very easy fight to sell, this fight could actually happen at 185 or 205. I'm thinking Silva only wants big fights, there are a bunch of guys for him to fight at both 185 and 205 but Vitor and Sonnen are two likely opponents.

Stann should fight Lombard - Reason: They both just lost on the same card, they were supposed to fight each other when Lombard first signed with the UFC and it would be an all out war. I'd love to see this fight and I hope it happens. Stann could also fight Tim Boetsch or The Loser of Bisping vs Belcher.

Hunt should fight The Winner of JDS vs Reem - Reason: Hunt is on a four fight win streak and is looking better than ever, a fight against The Winner of JDS/Reem would put him in line for a title shot. It would be an amazing fight. He fought Overeem a few years ago, he lost that fight by submission. Hunt showed a much improved ground game in his fight with Struve, it was pretty impressive. I think he would do much better in a rematch with Reem. A fight with JDS would be incredible, I've wanted to see that fight for a while now. Both fights would be stand up wars. I hope Hunt gets The Winner of JDS/Reem. He could also fight The Winner of Browne vs Gonzaga.

Struve should fight Duffee - Reason: Stefan Struve, This guy is so physically gifted, hes a giant with a massive reach, if he knew how to use that reach and fight tall he could be one of the best but he hasn't yet. His striking defense isn't the best, He leaves his chin straight up in the air and keeps his hands low, thats not good. The good thing is hes still young, he really needs some good coaching, He should move to the US or he could actually just stay where he is and head over to Golden Glory. Anyways, I think the UFC will try to build up another star off of Struve's name, I think Duffee will be that guy. A big musclebound athletic freak with a ton of power in his hands, I'd love to see this fight and I can see it happening. Struve could also fight The Loser of JDS vs Reem or Shane Carwin.