"What you're going to see today is what goes on with me and my friends up in my place in Maine. In no way, shape or form am I endorsing you to do any of this stuff. Do not do what me and my idiot friends do in this video blog."

UFC 158 drama. In the wake of last week's controversial UFC 158 weigh-in video, a representative of the Quebec athletic commission issued an official statement which read, "I wish to inform you that, during UFC 158, no contestants exceeded the weight determined in their contracts." Diaz's camp wasted little time responding to statement, while also revealing plans to file a complaint over St-Pierre's UFC 158 drug test. Fun times, you guys.

TUF 17 results. No spoilers here. If you want to find out the two winners of last night's quarterfinal episode of The Ultimate Fighter 17, check out this recap or watch the entire episode in the Stew below.

St-Pierre update. The injured achilles of UFC welterweight champion Georges St-Pierre is not as serious as initially believed, according to a promotion official. In unrelated news, Tristar's Firas Zahabi expressed doubt to Sherdog Radio about how much longer St-Pierre will want to stick around. Said Zahabi: "Down the line, two or three more training camps, is he still going to want to do it? That's up to him. Does he still have the fire and the passion? We'll see."

Stephens granted continuance. The trial date of UFC lightweight Jeremy Stephens, which was scheduled to take place March 7, has once again been delayed. Stephens new trial date is July 8, 2013.

Morecraft retires. 26-year-old heavyweight Christian Morecraft, who compiled a 1-3 record under the UFC umbrella, announced his retirement from mixed martial arts. Said Morecraft: "There's plenty of ex-professional athletes out there who are lost, broke, and jobless when competing is over, so with that being said trying to find an easier way to make a living and most importantly be happy ... I'm saying goodbye to the fight business for right now."

In case you missed it, you can check out last night's episode of The Ultimate Fighter 17 below. Two fights for the price of one. Can't ask for more than that.

Apparently Tito Ortiz had a guest spot on Mad TV back in the day. It went a lot better than his latest public speaking experiment. (Click to watch.) 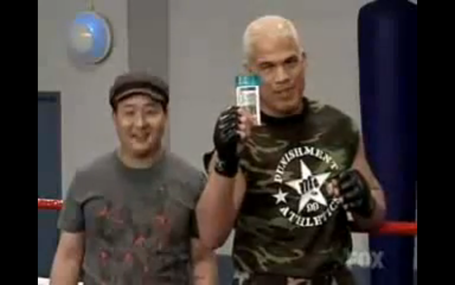 I didn't know it was possible to be simultaneously embarrassed, frightened and entertained, by hey, you learn something new every day.

"I have the mandate of the masses. The masses required and called and begged for this fight." -- Chael Sonnen, doing what he does best.

One TUF episode not enough for you? Well you're in luck. The Ultimate Fighter Brazil 2, featuring Fabricio Werdum and Antonio Rodrigo Nogueira, is finally here with English subtitles. (Click to watch.) 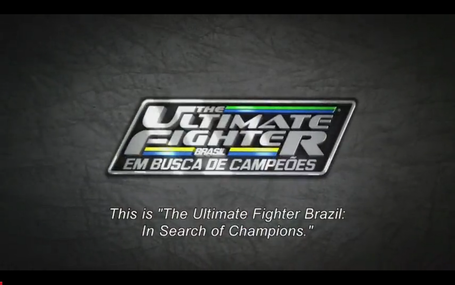 You know this man is the voice of reason: "@sonnench: That was the greatest TUF fight ever! @lukebarnatt @dylanthevillian"

@lukebarnatt and @dylanthevillian put on 1 Hell of a show tonight on @tufonfxThat 3 round was #Hellacious. Both tough S.O.B.s #TUF #TUF17

Hate 2 say it cuz I want 2 win fight of da season but @lukebarnatt & @dylanthevillian won it 4 sure! Best fight of any season!!! @tufonfx

Congrats to @kelvingastelum you're one tough ass kid, hope you go all the way!

I will be back in July. @ufc

FITCH AND THE AUTOMATIC TITLE SHOT

Do you agree or disagree with a highly ranked fighter coming off a loss getting an immediate title shot in a new organization?

Fitch is not a big fish in a small pond. Great name but as soon as someone beats him you will say he's overrated discrediting his past.

Rampage is giving back to the community and hosting a free self defense seminar for women on March 28th twitter.com/RampageAcademy…

Don't b afraid 2 fight back twitter.com/Rampage4real/s…

Here is a video of my puppy Jude singing Hey Jude by the Beatles.yfrog.us/gh1fycsmyrqjmr…

Today's Fanpost of the Day comes to us from Florence Romeo, who writes: Andrei Arlovski; and, a hero's tragedy

"Show me a hero, and I'll write you a tragedy."

The night was Saturday, March 23. The place: Revel Resort & Casino in Atlantic City, N.J. The event: World Series of Fighting 2.

It was there, a man named Andrei Arlovski stood. At least that's the name commentators Todd Harris and Bas Rutten had called him. Frankly, I know I had heard the name before, but I couldn't recognize the man.

The man I knew was nicknamed "Pitbull," and he had fangs. The Arlovski I saw on TV had chipped teeth and a swollen jaw. In my memory, he always ended fights with a menacing growl, arms spread; reveling in his victory; intimidating future opponents. Not exasperated or sullen. And, instead of the burgeoning shoulder hair I remember, this Arlovski stood hunched under the weight of a gray t-shirt and someone else's spotlight.

However, no one seemed to care. Anthony "Rumble Johnson had won. He moved up to heavyweight and defeated a former UFC champion.

Isn't that the way it always is, though? No one sees the fire. Then before we know it, the slow burn has ended. And there, under the venue lights and camera flashes, we see a pile of ashes.

We watch, as fight card after fight card, our former heroes of yesteryear valiantly, sometimes pathetically, limp into the sunset.

In those moments, we no longer chant their names, but shout for their heads. We beg for them to quit, when we use to plead them to fight another day.

We forget where we came from. We always do.

Arlovski will soon go the way of names such as Chuck Liddell, Tito Ortiz and Randy Couture to MMA's version of Charon, where he will pay his due, before riding the ferryboat into retirement. And when the day comes, I hope we will give him the exit he deserves.