On Monday it was Luiz Dorea, coach of former UFC heavyweight champion Junior dos Santos, who took a parting shot at the Dutchman. And now it's dos Santos himself who couldn't help but join in on the fun.

"I think this guy is a joke," dos Santos declared to Brazilian outlet Tatame (translation via Bloody Elbow). "He's a big man when he's pumped up from taking 'the bomb' for the fight, and is talking a lot of nonsense. I have nothing to do with him. He can follow his own career and do what he thinks best. I'll follow mine and if one day we collide and he does not have any problem, we will fight."

But dos Santos wasn't done, as he threw out one final dagger. "Overeem is not champion, is nothing. If he was champion, I would have waited."

Harsh words from the former champ. It'd be an understatement to say that 2013 has not been kind to Overeem.

Dos Santos: Overeem is a joke. Former UFC heavyweight champion Junior dos Santos ripped his rival, Alistair Overeem, while speaking to Tatame. "I think this guy is a joke," dos Santos said. "Overeem is not champion, is nothing. If he was champion, I would have waited."

TUF 17 results. Don't worry, folks. No spoilers here. If you want to find out the winner of last night's episode of The Ultimate Fighter 17, plus the winner of this season's coaches' challenge, check out this recap or watch the entire episode in the Stew below.

Aldo vs. Pettis site. UFC featherweight champion Jose Aldo will defend his title against Anthony Pettis at the HSBC Center in Rio de Janeiro, the site of his classic knockout of Chad Mendes, according to a report from Tatame. The booking marks Aldo's third UFC title defense to take place outside of the United States.

Bisping, Askren trade shots. Two of MMA's more polarizing fighters, Michael Bisping and Ben Askren, engaged in a lengthy, but rather entertaining Twitter battle on Tuesday night. We'll get to all the gory details later in this column.

Walker wants one more chance. 51-year-old former NFL running back and Strikeforce veteran Herschel Walker told The Lavar Arrington Show with Chad Dukes that despite his advanced age, he'd like to one last chance to compete in the UFC. "It's time for me step aside and give it to the young people," Walker said. "But I would love to do one more fight."

Brother vs. brother. Heavyweight brothers Thomas and Mike Treadwell will both make their pro debuts at MFC's May 10 event in Edmonton, Alberta. Against each other. Said younger bother Thomas: "Dad was angry and thinks we're idiots. Mom knows but we don't talk about it with her. Everyone else seems supportive."

Boxer exacts Twitter revenge. After repeatedly directing vulgar insults at British light-welterweight boxer Curtis Woodhouse on Twitter, now-deleted user jimmyob88 found himself the target of some slightly hilarious retribution. Woodhouse tracked down the troll's address and drove to his house, while live tweeting the whole incident.

As always, if you missed last night's episode of The Ultimate Fighter 17, feel free to check it out below via the magic of Hulu.

"I'm training Shogun Rua right now. He's punching like crazy right now. He can hit with both hands, but when I first got him, he hit like a girl." -- acclaimed boxing trainer Freddie Roach, dropping one hell of a nugget.

In case you ever wanted to know what goes on in the minds of heavyweights before a fight, Pat Barry kills it here.

David Choe and Yoshi Obayashi were recently on the Joe Rogan Podcast, and midway through the conversation Choe launched into a fascinating, meandering story about Georges St-Pierre's 2006 bout against B.J. Penn. Definitely worth a listen. (Story starts around 53:25.)

Props to Joe Mosqueda for the find.

Nick Diaz just landed in Montreal, and needless to say, he was quite impressed by the airport's ambiance.

First of all, Wanderlei Silva's son is named Thor -- which is awesome. But anyway, check out the "Axe Murderer" himself coaching Thor Silva (seriously, that's great) in his first BJJ tournament at NAGA. Scariest sideline dad ever?

Déconnecté is back with his latest UFC 158 inspired comic, courtesy of our friends at MiddleEasy. For the sake of saving space, I've included the first four panels below. Check out the rest here. 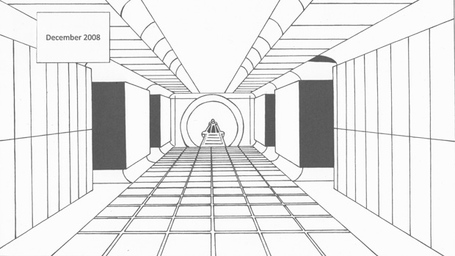 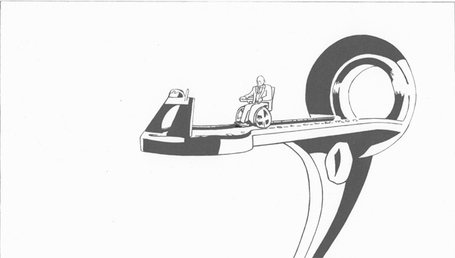 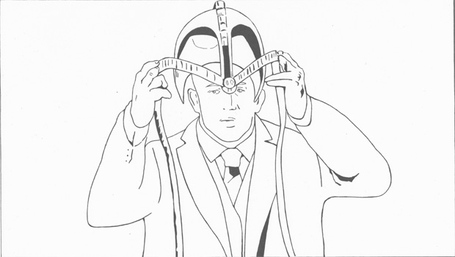 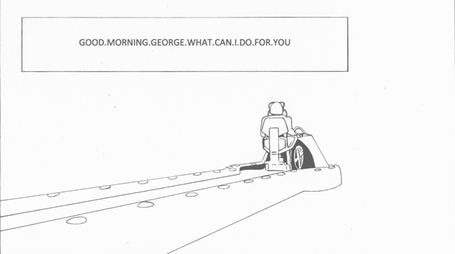 BELFORT VS. BISPING VS. ASKREN, WITH A GUEST APPEARANCE FROM BISPING'S DAD

@vitorbelfort you only fight where your allowed to cheat. Fight me in Vegas.. Oh..you can't because your not allowed to use your steroids

Hey I'm over that cheater. He just tweeted something about me so had to respond. All my attention in on Alan belcher and the 27th of April.

@benaskren @alanbelcherufc you just focus on continually boring the shit out of people. You do it well.

@benaskren @sonnench @alanbelcherufc Ben you focus on fightin in a league where hector Lombard is literally unbeatable. And a haircut please

@bisping Hey at least this doesnt have to happen to me for fans to get excited.a.espncdn.com/photo/2013/011…

Seriously though a great American like @alanbelcherufc would never let a stinkin Brit beat him.

If it was old school MMA I would just take @bisping down and lay on him til he died of starvation.But @alanbelcherufc will put him asleep

@benaskren no... No I don't. Please enlighten me toilet brush head.

@uk1manwolfpack I literally just laughed my ass of at your comment.

OK I am going to dinner with my hot wife.You guys have fun arguing on Twitter.benandamyaskren.com/resources/phot…

@benaskren your grandads suit doesn't quite fit you.

ANOTHER ONE BITES THE DUST

I got fired by @ufc ! Still living my dream, Doing what i love to do. I'll be back, I'll fight my way to the top!

HOW IT ALL STARTS

@kinkwadze @jimmyob88 ill give£1000 to anybody that provides me with address and picture of this man! knock knock!!

just on my way to sheffield to have a little chat with a old friend, get the kettle on @jimmyob88 #boxing #football #sillysillyboy

@wit_xx @kinkwadze @jimmyob88 old jimmy has shit his pants and gone quite because we know where he lives! we are coming over for a brew

@jimmyob88 @wit_xx to late for all that now jimmy, ive had enough of your mouth, ill be about 50 mins and you can have your say then

right Jimbob im here !!!!! someone tell me what number he lives at, or do I have to knock on every door#itsshowtime twitter.com/woodhousecurti…

seems like #jimmybrownpants is what we all thought he would be,a bully that gets a kick out of being nasty, well today it back fired #coward

Today's Fanpost of the Day comes from t.slothrop, who asks: Erik Perez, and is there ever a good reason to sign a long-term UFC contract?

Reading about Erik Perez's shiny new 6-fight contract today, I wondered what he has to gain from it. Or, for that matter, what does any fighter gain from signing a long-term contract with the UFC?

This isn't a rhetorical question--I'm sure there are multiple reasons that I've overlooked.

- You are locked into a set per-fight pay (18k/18k in Erik's case). If your value goes up over the course of the contract, you'll be underpaid unless the UFC agrees to renegotiate--but Erik would have little leverage to demand a renegotiated deal.

- If, like Erik, you sign a 6-fight deal as a prospect, and by your 4th or 5th fight you are fighting for the title (quite possible for Erik), your contract will likely not include PPV dollars.

- If your value goes down and the UFC deems you overpaid, you will be cut before your contract ends (see: Fitch, Jon).

- With short-term deals, as your value rises you'd be able to seek competing offers from Bellator, WSOF, etc. For a mid-tier UFC fighter, signing with one of these organizations could be a viable option; or the possibility of this could get you a more lucrative deal from the UFC.

Yes, I realize there's anecdotal evidence that underpaid fighters sometimes get paid more behind the scenes (e.g., Ian McCall). But this likely isn't universal, and you're at the mercy of the UFC.

Thoughts? What am I overlooking? If I'm an emerging UFC prospect like Erik, why should I ever sign anything longer than a 2-fight deal?