Rorion Gracie and the day he created the UFC

Royce Gracie shocked the world at the first edition of the Ultimate Fighting Championship on Nov. 12, 1993.

UFC’s history, however, started over two decades before.

The Gracie family had established a respectful history in Brazil with Helio, Carlos and Carlson fights. It was time to expand their knowledge to another market, and Rorion Gracie decided to move to the United States.

As he already expected, it wasn’t that easy.

"I came to the U.S. for the first time in 1969 and but I got robbed, they took my flight tickets and money, so I had to stay here for a year," Rorion Gracie told MMAFighting.com. "It was an interesting experience that made me more mature, and I made some good friendships here. I had to sleep in the streets, my bed was a pile of newspapers, but that experience made me grow a lot."

Rorion Gracie eventually returned to Brazil and graduated from law school, but he couldn’t forget his plans to spread jiu-jitsu in the United States.

"When I got back to America, I put a jiu-jitsu mat in my garage and asked everybody to take a class with me, and everybody liked it," he said. "I spent 10 years teaching jiu-jitsu in my garage. Most of my students said their karate, boxing or muay thai teachers said they were wasting time with jiu-jitsu, and I always invited the teachers to come train with me inside my garage. I beat them all, and some of them became my students in the end. 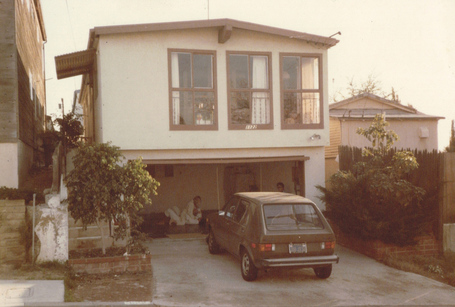 "It all happened over and over again, a hundred times in ten years, but I realized I had to leave my garage if I wanted to introduce jiu-jitsu to the world, and I knew I would need the TV to do it. That’s when I had the idea to create a tournament where every martial art would fight to see which one is the best, and that’s where a skinny Royce Gracie started all this."

The Gracie family had done those type of challenges in Brazil decades before, and it worked perfectly to make them famous -- and feared -- all over the country. Even the president of Brazil took jiu-jitsu classes and watched Helio Gracie’s fights live, but Rorion had to come up with something spectacular.

John Milius, writer and director of dozens of movies and TV series, was one of Rorion Gracie’s students at that time, and he helped him create the famous Octagon.

"The TV guys loved the idea," he said. "It was unbelievably crazy, but they loved it. I used to teach John Milius and we started wondering how we could create a ring where the fighters couldn’t escape. I’ve seen a lot of fighters escape through the ropes when they’re getting beat. We came up with the idea to build a tank full of sharks or alligators around the ring, or maybe an electric fence. We considered everything, but in the end we came up with the idea of an octagon." 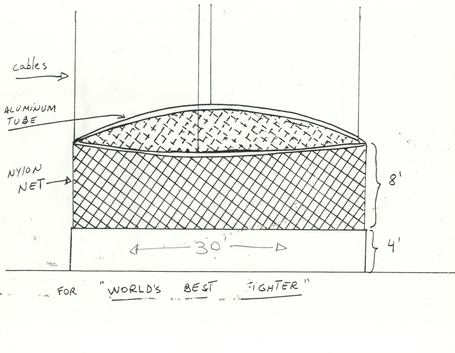 "Helio loved the idea," he said. "I was alone in the U.S., working hard to build Gracie jiu-jitsu. I found out that we could do a fight with no gloves or rules in Colorado, so it all worked out. Everybody loved the idea and my dream became true." 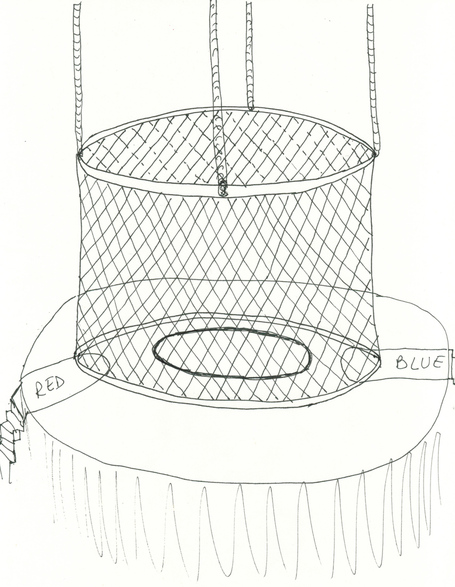 The major issue inside the family at that time was "why Royce Gracie?" He was one of the most inexperienced fighters in the clan and clearly not the best option to put into an openweight "Vale Tudo" tournament.

"Why not?", Rorion Gracie replies.

"Everybody told me to pick Rickson Gracie," he said. "He would be a huge success, he would obviously beat all of them, but the reason why I picked Royce is because he’s a tiny, skinny guy, and that would prove that jiu-jitsu is a better martial art no matter who you’re fighting. If Rickson goes there and wins, big deal! He’s huge. It would be like a tank running over everybody. The idea was showing that even a small guy could beat a bigger opponent using jiu-jitsu."

Only 2,800 fans went to the McNichols Sports Arena in Denver, Colorado, to watch UFC 1, but can still be considered a success.

"We made some money, yes," Gracie said. "We expected to sell 40,000 pay-per-views with that first edition and sold 85,000. After that, we sold 120,000. It grew fast. By the second or third pay-per-view, Forbes called the UFC the most successful franchise in pay-per-view history."

It was great, better than he expected. So, why did he sell his share of the company and leave? Blame Royce Gracie vs. Dan Severn.

"We had two hours to air the event in pay-per-view, and we had fights with no time limit or weight divisions, just two guys going in there to brawl and finish the opponent to win," he said. "That was the idea when I created the UFC. But when Royce fought Dan Severn at UFC 4, the whole event lasted two hours and three minutes. The pay-per-view went off and nobody saw the end of the main event. We had to send them tapes of the fights, return their money… It was crazy.

"At UFC 5, my partners Art Davie and Bob Meyrowitz said we had to change the rules because of TV, so I realized that the TV had changed the philosophy of my tournament. I wanted real fights on TV. My partners wanted a TV show with fights. They were the pockets of the UFC at that time, and I disagreed with them, so I left. I sold my share of the company and left, and I don’t regret it. I wasn’t there to make money. I just wanted to show jiu-jitsu to the world."

They lost tons of money with UFC 4 pay-per-view fiasco, but it turned out to be a great promotion for the brand after all.

"On the other hand, it was the biggest publicity we could get," said. "We made ten times more money with the publicity. People went crazy about that fight, everybody wanted to see it but they couldn’t. Some people called me on the next day saying ‘Rorion, you’re a genius. Everybody wanted to see the fight and you turned that off.’ They thought I did that on purpose."

Rorion Gracie hasn’t attended a UFC event since 1995, when Ken Shamrock fought Royce Gracie to a draw after 36 minutes at UFC 5. He doesn’t like to watch fights anymore, but he will make an exception on Nov. 16.

"I don’t watch the UFC anymore, but Dana White called me to go there on Nov. 16 and I’m going," he said. "I said 'of course, man, I want to congratulate you'. The fact that I don’t watch it doesn’t mean it's not good. They have a lot of great fighters there. But my dream is complete. When they started training jiu-jitsu, my mission was accomplished.

"It’s the fastest growing spectacle in the world today. Dana White built a great entertaining program, but it just doesn’t have the same educational value that it had before. We had a competition between martial arts, and now we have a competition between athletes. Everybody learned jiu-jitsu as I planned when I came to America. Today, my goal is to help people change their lives with the Gracie Diet."