Paul Daley will officially return to BAMMA later this year.

Daley (33-12-2) has won his last four fights in a row by either first or second-round stoppage. Daley returns to BAMMA for the first time since he defeated Jordan Radev at BAMMA 7 in September 2011.

Da Silva (23-10), a 13-year veteran who trains with the Blackzilians in South Florida, will enter the welterweight bout on a two-fight winning streak. 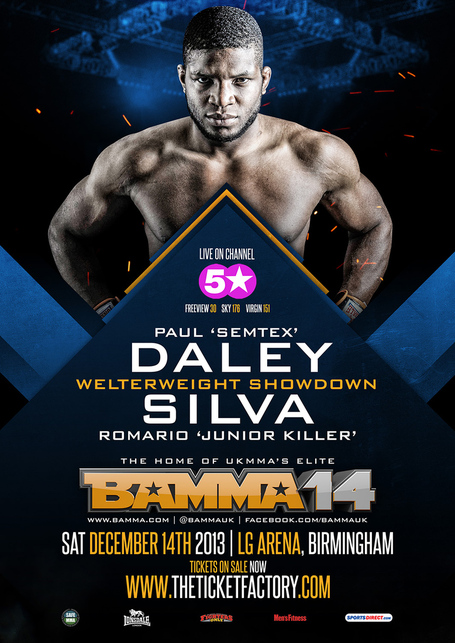