Forced to pull out of Bellator's inaugural Pay-Per-View event after fracturing his neck last week, Tito Ortiz says he plans on returning to action sooner than some believed possible.

"Ppl I will have 100% recovery & will be back n the gym in 6 weeks," Ortiz posted to Twitter. "I'm a fighter & I love competition. I was doing great n training but accident do happen. Just time to reshuffle the deck & deal another hand. #positiveminded"

Ortiz, of course, was originally slated to face fellow former UFC light heavyweight champion Quinton Jackson in the main event at Bellator 106 on Nov. 2, the promotion's first foray in PPV. With Tito removed, Jackson was shifted to a later card where he'll face former UFC heavyweight Joey Beltran. Bellator 106, no longer a PPV, will now be headlined by the lightweight title rematch between champion Michael Chandler and Eddie Alvarez.

At 38, Ortiz has had a trying past few years. With just a single win in nine tries dating back to 2006, many are left wondering what would be left to prove.

Machida-Belfort. Lyoto Machida says he wants Vitor Belfort next, but his management doesn't think Belfort's camp want any part of it. "Even if Vitor loses to Dan Henderson, I'd want to fight him in our weight class."

Reebok and Hendricks. Landing a sponsorship deal with Reebok, Johny Hendricks will be the first to sport the brand inside the Octagon.

PPV numbers. Dave Meltzer takes a look at why UFC 165 and UFC 166 may not have reached expectations. "Today it's very clear that big personalities who can fight reasonably well trump even the combination of skill, size and fighting ability at the highest level, and even heaviest level, when it comes to what gets people to spend their money."

20 in 20. Chuck Mindenhall's series reaches 2011, where the year's best action all took place on one night in two different shows.

Chat wrap. Make sure to catch up on the latest MMA buzz during Luke Thomas' weekly live chat.

So, Twitter decided not to cooperate last night and for some reason refused to let me embed tweets. I'll try to get it sorted ASAP. Sorry for the screen grabs. 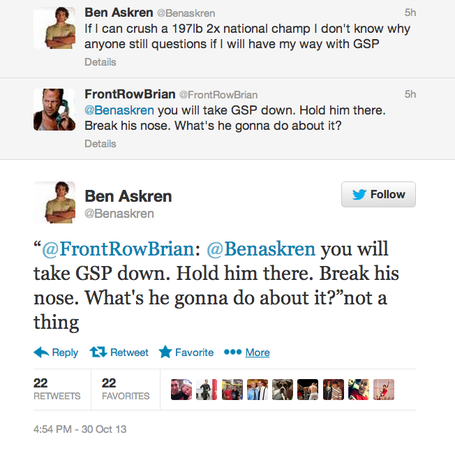 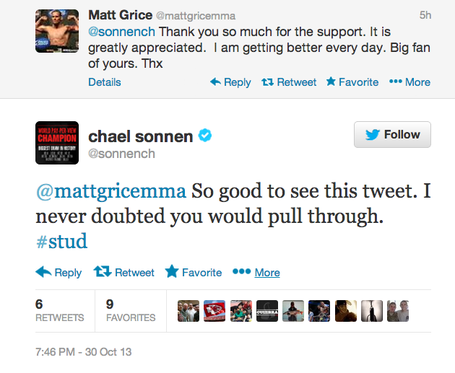 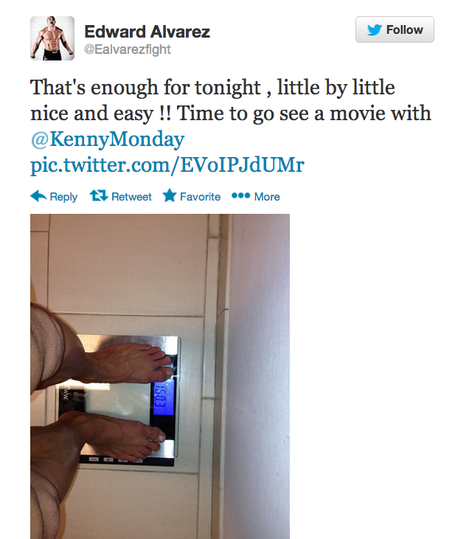 Mayhem in the gym. 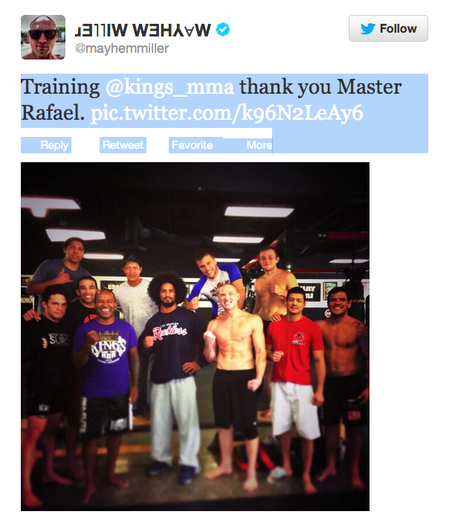 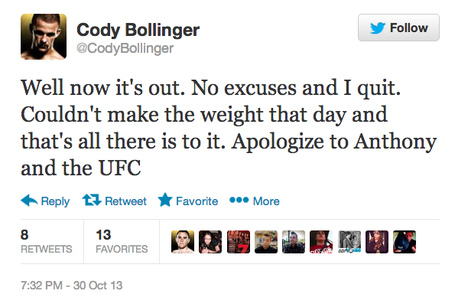 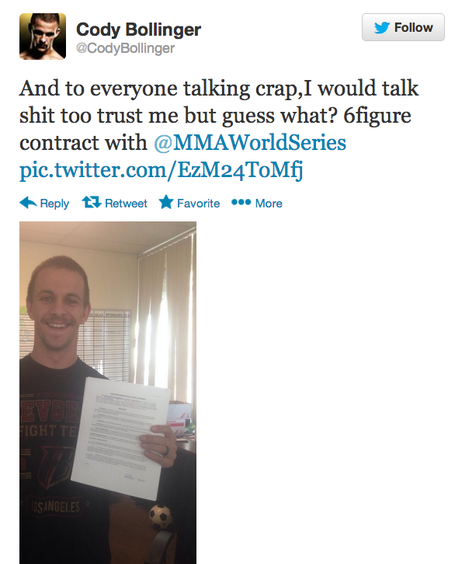 Today's Fanpost of the Day comes via heavyfl0w.

Halloween is my least favorite holiday, and I don't know what would come in second. This is an odd way to start an article about being scared, true. But I detest it. I think it brings out the worst in people, especially in regards to the whole trick-or-treat culture. You have kids running full speed in the dark and shoving other kids out of the way to get first dibs on the prime candy spots; you have lazy, absentee parents "taking" their kids trick-or-treating (when all they're doing is inching up the street in their cars, making it impossible to drive); worst of all, you have people pretending to be someone else and pretending to scare other people, which is an affront to all those special folks doing those things for real the other 364 days of the year. It's kind of like New Years Eve, where all those non-drinkers have a few whiskey sours and end up passed out in their neighbors flower bed singing "Bennie and the Jets" and vomiting at the same time. Simply put, it's amateur hour.

Getting into a leglock battle with a Japanese guy.

One of the most important adages in life, "never play footsies with a Japanese guy" is right up there with "never play cards with anyone who has the same first name as a city". It's just a bad idea. You're scrambling, you think you have something, and next thing you know, you're tapping rapidly. Actually, I just thought of a better one ...