While the MMA world turns it's focus towards Canada for UFC 152, south of the border Strikeforce officials are still scrambling to find a replacement opponent for heavyweight grand prix champion Daniel Cormier.

With a single fight left on his Strikeforce contract, Cormier was slated to go out in a blaze in glory against former UFC heavyweight champion Frank Mir. But the first cross-promotional superfight in Zuffa history predictably collapsed when Mir became the latest casualty of 2012's injury plague.

However, fortunately for Strikeforce, a few well-known names have already thrown their hats into the ring to challenge the former Olympian.

Chief among the challengers is top-five heavyweight Fabricio Werdum, a man who fans were calling for the moment the bad news broke. Speaking with MMA Interviews, the accomplished Brazilian admitted the Cormier bout would interest him if his Zuffa bosses dialed the right number.

"If (the UFC) tries to call me, and [Kings MMA trainer] Rafael [Cordeiro] says it's okay, I'll fight for sure," Werdum declared.

While Werdum is likely the optimal outcome for Showtime -- and it's not even blasphemous to say that's a better fight than the first match-up -- another old fan favorite is making a hard push to get back into the fray.

"I'm getting a lot of tweets about fighting (Daniel Cormier)," former UFC heavyweight champion Andrei Arlovski tweeted yesterday. "And if the fans want to see it, I'm sure we can make it happen!"

Arlovski eventually deleted his initial tweet, however his timeline quickly became inundated with a flood of retweets and quotes from fans calling for "The Pitbull" to return to his old Strikeforce stomping grounds.

Both men are currently riding two-fight win streaks, with Werdum recently crushing Mike Russow and Roy Nelson, and Arlovski picking up knockout wins over Travis Fulton and Ray Lopez. And for what it's worth, Arlovski's streak could debatably be stretched to three if it weren't for a dubious no contest against Tim Sylvia last month, a decision that was so bad, the offending rule was actually changed two days after the event.

For all we know, Strikeforce officials could have an ace up their sleeves. But given the dearth of talent at heavyweight, the odds on that are about as long as the Bonnar-Silva line in Las Vegas. So as of right now, which match-up sounds the most enticing?

Werdum, Arlovski willing to replace Mir. When asked if he would be open to filling the vacant spot opposite Daniel Cormier for November's Strikeforce event, top-ranked UFC heavyweight Fabricio Werdum responded, "If (the UFC) tries to call me and (my coach) says it's okay, I'll fight for sure." Former UFC champion Andrei Arlovski also voiced his desire to fight Cormier.

Jones forgives White, finds peace. In advance of his upcoming title defense, UFC light heavyweight champion Jon Jones said that while he has yet to speak to Dana White, he forgives White for throwing him under the bus after the cancellation of UFC 151. Jones also explained how he has found peace despite all the recent drama, stating, "No matter what I'm doing, fighting is my livelihood. To be back here, it is like my sanctuary. This is my place, and it's always good to be home."

Weidman 'shocked, confused.' Middleweight contender Chris Weidman said he was "a little shocked and confused, and a little disappointed" to find out Anderson Silva would be fighting against Stephan Bonnar after promising to sit out the rest of 2012.

UFC 152 predictions. Check out picks and predictions for the entire five-fight pay-per-view main card of UFC 152, which takes place this Saturday night.

Johnson, Benavidez talk flyweight title. Flyweight title contender Demetrious Johnson said that while he's glad the 125-pound division was introduced to the UFC, he's confident he could've fulfilled his potential at bantamweight if things had worked out differently. Meanwhile, Joseph Benavidez discussed his frustrating year sitting on the sidelines waiting for the Johnson-McCall fiasco to resolve itself.

Stann not asking for title shot. Brian Stann admitted he doesn't plan on calling out Anderson Silva, even if he defeats Michael Bisping at UFC 152. Stann went on to say the only viable solution to the current rash of injuries is fighters being more careful while they train.

It's a miracle. We've actually got fights this weekend, which means the return of the UFC Countdown shows. Jones vs. Belfort is below, and for more check out the complete segments of Joseph Benavidez vs. Demetrious Johnson and Michael Bisping vs. Brian Stann, because hell, who said you were supposed to get any work done today?

An injury may have knocked Vitor Belfort out of his UFC 147 bout against Wanderlei Silva, but "The Phenom" was still cageside to become the latest fighter to be featured on "Full Blast."

Apparently roaster extraordinaire Jeff Ross has a new show on Comedy Central, and somehow Arianny Celeste and Miguel Torres found themselves right in the crosshairs.

The Burn with Jeff Ross
Get More: Jokes,Jokes of the Day,Funny Jokes

I'm all for violent knockouts, but when a guy starts quivering on the ground like this, it begins to border on disturbing. (For all you impatient folks, jump to 6:55.)

Before you jump on Jon Jones for not knowing his brother's birthday, first consider if you actually know your own sibling's birthday off the top of your head. If the answer is yes, then hey, feel free to pile on.

Matt Hughes went hunting in South Africa with his son, and apparently, he killed quite a few animals. If you're really into this kind of stuff, you can see the whole gallery here. But I'm guessing Dan Hardy won't be happy with you... 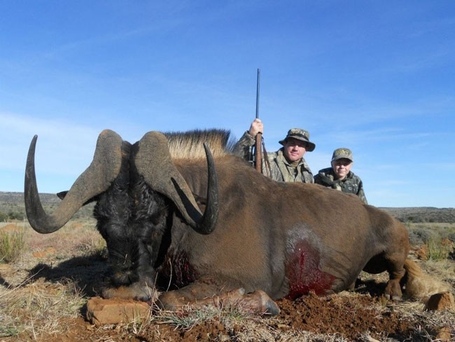 When is open season on ignorant, red neck, misguided, phony-Christian assholes? I would love to shoot some of those. matt-hughes.com/blog1/2012/09/…

I'm getting a lot of tweets about fighting @dc_mma and if the fans want to see it I'm sure we can make it happen! @ufc @strikeforce #mma

Just want to thank all u guys for thinking about me w this UFC thing. But I am with onefc now and I am very very happy with them. Maybe

Maybe someday I will get back to the UFC but u never know. But thanks again for keeping me in your thoughts that's y Mma fans r the best.

Once again guys thanks so much I love u all. Besides I just had surgery 6 days ago in my rt had so I am out 8 weeks at least.

I CAN DIG IT

What's you think if my new hair do for the fight??? twitter.com/bisping/status…

Once again just wanna tell you guys how much I appreciate the support goin into this! So inspiring. Can't wait to fight for you all #UFC152

Today's Fanpost of the Day sees The Pride give his take on the young dinosaur: UFC 152 Fighter Analysis: "The Phenom" Vitor Belfort

After a myriad of opponent swaps and an unprecedented event cancellation, Vitor miraculously found himself headlining a major event against the seemingly unstoppable Jon Jones. Despite being a major under dog, Vitor's confidence has remained unshaken. Touting this fight as "Old School vs New School", Vitor claims his fighting style is still supreme. In this analysis, I'll see if there is any merit behind Vitor's argument and find out if he has any gas left in the tank.

Vitor is a very unique fighter in a lot of ways. When he came into the UFC he was known for his jiu-jitsu, yet he knocked everyone out. He was also one of the first successful counter punchers in MMA. Of course his most unique quality is speed. Probably the fastest fighter above flyweight ever, Vitor's hand speed and aggression are what made him famous. The final, and perhaps most important, trait that Vitor possesses is his phenomenal killer instinct.

To put it simply: If Vitor hurts you, he finishes you. Violently.

An excellent example of this is his fight with Akiyama. The Japanese judoka's iron chin was well known, and when he was matched against Vitor many wondered if "The Phenom" would be able to crack it. About a minute and a half into the first round, that question was answered.

After a feeling out process, Akiyama throws a front kick reminiscent of the one Anderson Silva knocked out Vitor with. It doesn't land, but Vitor doesn't like it and explodes forward. A crushing overhand left lands and drops Akiyama to the mat. Akiyama gamely tries to defend, even momentarily standing back up, but Vitor lands another 5 punches before Akiyama drops to the mat completely unconscious. The time from the front kick to the referee pulling Vitor off of Akiyama? 12 seconds.