There are few ways to split a room of fight fans quicker than mentioning Testosterone Replacement Therapy (TRT). And understandably so. The trendy, controversial procedure has fighters as young as Frank Mir (33) and old as Dan Henderson (41) feeling like they're a teenager again, while others are left to sit around and wonder how exactly all this is legal.

Go ahead and add Michael Bisping's name to the latter group.

In a recent interview with The Score, Bisping addressed the controversy with his usual candor before offering this stunningly blunt assessment of TRT.

"I think it's absolute nonsense, rubbish, bulls---," he declared. "It's nonsense. Listen, we all get old, we all grow up, you know? At some point, as you start getting older, your balls don't work as well and you don't make as much testosterone, but that's life and you deal with it.

Bisping may not be the most popular man in the world, but it's hard to see many fans disagreeing with him here. Whether you like him or not, if the community wants TRT abolished from the sport, we need high-profile fighters like Bisping to be leading the charge from the front lines.

Bisping compares TRT to 'dressed up cheating.' British middleweight Michael Bisping pulled no punches with his criticism of Testosterone Replacement Therapy (TRT), calling the procedure a dressed up form of cheating in an interview with Mauro Ranallo on The MMA Show.

Rousey blasts Cyborg, threatens to tear Kaufman's arm off. In response to comments made by Cris Cyborg earlier this week, Strikeforce women's bantamweight champion Ronda Rousey said she would not be open to a catchweight superfight. Later in the day Rousey had more choice words for her opponent, Sarah Kaufman, threatening to tear the Canadian's arm off on Saturday night.

Miller released from jail. Ex-UFC fighter Jason "Mayhem" Miller posted $20,000 bail and was released after two days of incarceration in Orange County jail. Earlier this week, Miller broke into a church and vandalized the interior before being found naked and coherent by police.

Couture would un-retire to fight Seagal. With his tongue planted firmly in his cheek, UFC Hall of Famer Randy Couture remarked he would only come out of retirement if offered a fight against Hollywood actor Steven Seagal.

Criminal protip: Never try to burglarize a MMA gym while the actual MMA fighters are still inside.

On the eve of Ronda Rousey's first title defense, it's crazy to consider how little time has passed since this stunning performance propelled her to the big show.

The next big thing at middleweight, Chris Weidman, is here for your obligatory warm-and-fuzzy video of the day.

In case you missed any of this week's coverage of Strikeforce: Rousey vs. Kaufman, we've compiled this handy playlist for your viewing pleasure.

Check out some of these cartoons drawn by none other than the legendary Russian himself, Fedor Emelianenko. Just another reminder not to judge a book by its cover. 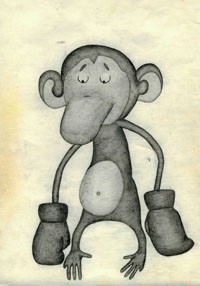 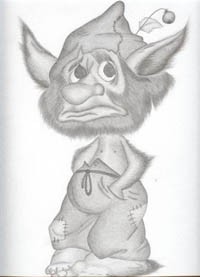 (HT: The Underground via Fighters Only)

Just stopped a robbery in old town las vegas, guy had knife and grabbed handful of $, I took his knife and held him til security arrived!

Went with @criscyborg to get my hair fight ready...it's on! ow.ly/i/RbSy #fb

I think I have a seasonal dragon incubating!! #yay!

Fat Boy is up to no good!!!! twitter.com/danawhite/stat…

For those who are not as familiar with the term, a lineal title considers a championship belt as something that is not bound by promotion, but rather a title that must be won in a fight. Another way to think about it is "The Guy Who Beat the Guy." For example, when Hector Lombard recently left Bellator to sign with the UFC, he was still considered to be the Bellator Middleweight champion. In the Lineal Title world, he did not lose his belt until Tim Boetsch took it from him at UFC 149. Therefore, Tim Boetsch is the Bellator MW champion in Lineal terms.

Below you will see that I have documented all of the Lineal Titles across all major MMA promotions over the years, many of which are now defunct. Please notice the additional notes at the bottom of each column as not every scenario flows as neatly as I would have liked for various reasons.

A quick disclaimer about my own personal lineal title philosophy (which may or may not differ from your own). I personally only like to include bouts within the particular title's weight class. For example, if a fighter holds the MW title, but loses at LHW, he retains the MW title until someone beats him at MW. I tried to note where I have deviated from this way of thinking.

- Alistair Overeem and Gil Melendez share the crown as lineal kings with 8 titles to their name respectively. The Reem also holds the distinction of being the only fighter to hold a UFC Lineal title without holding the actual UFC title

- I found it ironic that even after distroying Rich Franklin twice, the Strikeforce title still illudes Anderson Silva. Rich won it recently with his win over Wandy, who took it from Cung Le

- GSP will have a chance to unify not just the Interim title, but 3 more lineal titles when he faces Carlos Condit
Interesting how scattered the FW titles have become. Maybe Aldo can start to unify those soon

- I guess the UFC will have to snatch up Cole Konrad from the Bellator roster. He's the only thing standing between The Reem and total world domination

- The Pride FC Lightweight title is interesing because it either belongs to Gil or Chandler depending on whether or not you recognize the No Contest between Nick Diaz and Gomi. Either way you choose to represent it, those two are the clear leaders in the LW divison....sorry Bendo