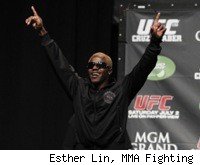 Can Melvin Guillard get back on track after his swift loss to Joe Lauzon in October? Or is Jim Miller going to hand Guillard yet another submission loss? Who's more likely to keep his recent momentum going, Duane Ludwig or Josh Neer? And what kind of heavyweight brawl are Pat Barry and Christian Morecraft going to give us?

I'll attempt to answer those questions and more as I predict the winners of Friday night's UFC event below.

What: UFC on FX 1: Guillard vs. Miller

When: Friday, the Fuel TV preliminary fights begin at 6 p.m. ET and the FX main card begins at 9.

Predictions on the four FX fights below.

Melvin Guillard vs. Jim Miller
Guillard has a ton of talent, and when he's on his game he can look spectacular. The problem is there's a certain type of fighter who can take Guillard off his game, and Miller is exactly that kind of fighter.

Nine years and 42 fights into into his professional MMA career, Guillard still hasn't given us any reason to think he's going to beat a guy like Miller, who can take him down and submit him on the ground. Guillard has nine losses in his career, and eight of them came by submission. Miller has 20 wins in his career, and 11 of them came by submission.

Guillard is a good enough striker that it's possible he could catch Miller and become the first person ever to finish him. But it's much more likely that Miller will make Guillard tap.
Pick: Miller

Duane Ludwig vs. Josh Neer
Things have gone very well for Ludwig lately, as he's on a surprising two-fight winning streak in the UFC and was recently handed the record for the fastest knockout in UFC history, as the UFC decided to ignore the Nevada State Athletic Commission, which says Ludwig took 11 seconds to knock Jonathan Goulet out, and call it officially a six-second knockout.

So will Ludwig keep his momentum going against Neer? I don't think so. Neer is on a five-fight winning streak and looked good in his UFC return against Keith Wisniewski in October. After a couple years out of the UFC, Neer appears to be focused and determined to get his career back on track, and I see him earning a big win against Ludwig.
Pick: Neer

Mike Easton vs. Jared Papazian
Easton is a very impressive young bantamweight who made his UFC debut with a TKO of Byron Bloodworth in October. I love Easton's potential to make waves in the UFC. Easton was originally slated to fight Ken Stone on this card, but when Stone suffered an injury, Papazian stepped in on short notice to fill the slot. Papazian is a solid prospect making his UFC debut, but Papazian would be better suited as a flyweight, and he's not quite ready for an opponent on Easton's level.
Pick: Easton

Pat Barry vs. Christian Morecraft
Both of these heavyweights are coming off losses, and if the heavyweight division weren't so shallow I'd think the loser might be in danger of getting cut by the UFC. But the heavyweight division is shallow, and so the UFC needs guys like Barry and Morecraft, who are both limited as fighters but both usually put on good shows. It wouldn't shock me to see Barry soften Morecraft up with leg kicks and finish him off with punches, but Barry struggles so much on the ground that I suspect Morecraft is going to take Barry down and make him tap.
Pick: Morecraft