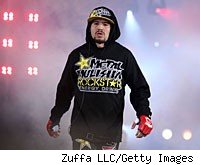 MMA Fighting has Strikeforce results of Gilbert Melendez vs. Jorge Masvidal and the rest of Saturday's Strikeforce on Showtime card happening at the Valley View Casino Center in San Diego.

Melendez will defend his Strikeforce lightweight belt against Masvidal. Meanwhile, Cris Cyborg is back in action as she defends her women's 145-pound title against Hiroko Yamanaka.