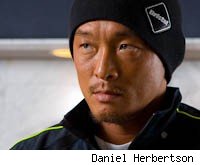 The UFC's long-awaited return to Japan on Feb. 26, 2012 will be a full pay-per-view level event, sources have confirmed to MMA Fighting as initially reported by Dave Meltzer. Zuffa has thus abandoned its controversial plan to have the UFC Japan event act as a free-to-air lead-in to a Las Vegas PPV event.

With a 10 a.m. local start time, the possibility that the Feb. 26, 2012 Japanese UFC event would act as a lead-in to a Las Vegas pay-per-view event, and the lack of local network TV deal, many were quick to criticize the first Japanese UFC event of the Zuffa era.

Although Japanese fans will still be forced to make the morning commute to Saitama Super Arena, MMA Fighting has learned that significant progress has been made towards ensuring the success of the first UFC event in Japan since Dec. 2000 as along with the elevation to PPV for the UFC Japan event, Zuffa has signed a marketing and promotional deal with local advertising giant Dentsu Inc. and a lucrative broadcast deal is currently being negotiated.

In an effort to breach the notoriously difficult Japanese market, Zuffa has acquired a significant ally as MMA's leading promoter has signed an undisclosed deal with Dentsu Inc., Japan's leading advertising agency, to assist with ticket sales, marketing, sponsorship and acquiring a larger TV deal in Japan.

Currently UFC content is only broadcast in Japan on WOWOW private satellite TV or through NTT Plala's Hikari TV. History has shown though that these relatively small subscription TV audiences have not been enough to support even the most popular local MMA promotions. For the UFC to grow a significant fan base in the East, a mass distribution TV deal is required.

Although a deal is yet to be reached, Zuffa and Dentsu have recently made significant strides towards securing wider TV coverage, possibly paving the way for more lucrative sponsorship options and most importantly, local news and talk show coverage.

Bouts and ticketing information for the Feb. 26 UFC Japan event are scheduled to be announced in late November.