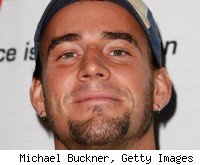 WWE pro wrestler CM Punk strongly disagrees with WWE executive senior advisor and on-screen "COO" Triple H's remarks in a recent Moviefone interview where he stated, "I don't think we (the WWE and pro wrestling) have to evolve" and "if anybody needs to evolve, it's [the UFC]."

The 32-year-old Punk, one of the most popular pro wrestlers today and a longtime MMA fan, appeared on this past Monday's The MMA Hour and explained that although Triple H's comments might be the WWE's corporate stance, that's not the case with him.

"Triple H just doesn't get mixed martial arts. he doesn't watch it either," said Punk. "Saying the UFC needs to evolve, I guess he's not wrong, but I think he's missing the picture that UFC is evolving. There's only one other sport entity in the world that has production rights to their own material on network and that's the NFL. UFC has just bartered a huge deal [with FOX]. That's evolution."


Further, Punk made it clear he shared a completely different opinion from Triple H's comment that the WWE does not need to evolve.

"I think that's absolutely insane," Punk said. "Any human being, any business, any sport needs to constantly evolve. I'm not a big football guy, but look at the NFL, they're constantly evolving -- whether it's good or it's bad, they're evolving. And if you don't evolve, you die."

WWE Chairman and CEO Vince McMahon has stated over the years that UFC is not a competition to the WWE. However, consistently strong UFC pay-per-view buys and tumbling WWE numbers would state otherwise. Punk believes fans can enjoy both products, but it would be impractical to say both products aren't competition for the consumer's time and money.

"I wouldn't say [MMA has] 'hurt' us, I think that might be a little harsh of a term, but to deny that UFC is our competition is a little ridiculous," Punk explained. "Cirque du Soleil is our competition. Mad Men and Breaking Bad is our competition . I think everything that people spend their time on and their money on is our competition and to blatantly say that mixed martial arts has no barring on what's good or bad in our business, is silly; it's close-minded. You're putting a band-aid on a gunshot wound."

In a relatable way that the UFC went through and is still continuing an education process to explain many of the basic elements of the sport and overcome negative preconceptions to the unconverted, that's perhaps what the WWE execs need, according to Punk.

"Pro wrestling as a whole in my opinion has a lot to do to get to where I would like it to go," Punk said. "I think the people who discredit mixed martial arts in pro wrestling have very antiquated ideas and honestly, I think it's an education thing. I've had many conversations with Triple H about mixed martial arts, and he just doesn't get it. "

In that same regard, Punk finds humor in the way people have come to embrace or reject professional wrestling.

"It's funny, because pro wrestling many people don't get, and there's an old saying, "Pro wrestling is religion. They're very similar in regards that if you're trying to explain to somebody who doesn't get it, there is no explanation that will get them to get it. But someone who gets it, there is no explanation needed. It's just very black and white.

On the business end, whether MMA purists would admit it or not, the UFC has followed and expanded on WWE's early business models. On the most basic level, both have television shows to drive interest in selling pay-per-views and what the UFC and WWE are in essence -- entertainment-based products. And with that, there's only so much money to go around for everyone.

"UFC is entertainment. WWE is entertainment," Punk said. "And regards to people spending their money on it. It's definitely a competition. I think the way things are in our economy, there's a billion pay-per-views between UFC, [other MMA pay-per-views] and the WWE, we're competing for each other's dollars, absolutely."