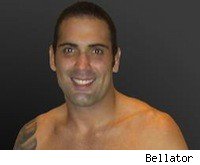 UNCASVILLE, Conn. -- After a personal best 12-fight win streak was snapped at Bellator 48, Ricco Rodriguez simply asked for another chance.

The former UFC heavyweight champion never got his game plan going and was knocked out by debuting Seth Petruzelli in the first-round of their fight. Rodriguez made no excuses for the loss, crediting Petruzelli for his execution in the cage.

And despite the loss, Rodriguez vowed that we haven't seen the last of him on the major MMA scene.

"I have to go back to the drawing board, but I'm not done," he said. "I'm definitely going to come back. Hopefully, Bellator gives me another opportunity."

Rodriguez's representatives were reportedly going to ask to have him included in the upcoming Bellator heavyweight tournament, which is slated to begin in early October.

Petruzelli knocked Rodriguez out with a step-back right hook that was similar to the punch that he used to floor Kimbo Slice. Against Rodriguez, he needed a few ground strikes to finish the fight off, but the stoppage win was all the more impressive when you consider Rodriguez hadn't been TKO'd since Tim Sylvia captured the UFC belt from him in February 2003.

But Rodriguez promised to get back on the horse. After all, this is a guy who many figured was done a long time ago, yet he managed to put his demons behind him and put together an impressive winning streak that got him to Bellator. While that stretch of success is history now, he says he has the tools to recover and rebuild.