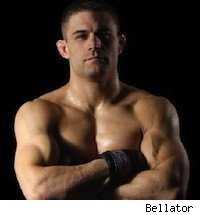 Newly signed lightweight Rad Martinez -- the recent subject of a moving ESPN "Outside the Lines" feature -- will make his Bellator debut at the promotion's upcoming event on Sept.17.

The event will take place at The Seminole Hard Rock & Casino in Hollywood, Fla.

Martinez has seen his profile rise after an ESPN feature that showed his dedication in taking care of his father, Richard, who was injured in a 1991 car accident that left him in a near-vegetative state. Since his grandmother's death a few years ago, Martinez has been his primary caregiver, often at the expense of his own personal dreams.

Still, he managed to build a name for himself in the MMA world with a 9-2 record on the pro scene. A former Clarion University wrestler, Martinez just recently had an eight-fight win streak snapped by UFC and Sengoku veteran Brian Cobb.

His opponent Van Hoven is 7-3 in his pro career. After five straight victories to start his career, he's alternated losses and wins since then.