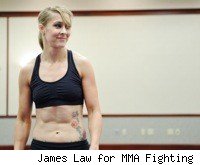 ProElite 2.0, as Vice President of Fight Operations T. Jay Thompson likes to call it, is set to get back on track on Aug. 27 in Hawaii. The organization is looking to reinvent itself after crumbling in 2008 following Kimbo Slice's loss to Seth Petruzelli in Florida.

So with its first show in almost three years less than three weeks away, here are some news and notes about MMA's newest -- or not so new depending on how you view them -- kid on the block.

* Thompson vehemently denied a Cage Potato report that the organization was close to signing a TV deal with Viacom to broadcast its events on CBS and Showtime in the near future.

"There is absolutely no truth to the report that we are close to a deal with CBS and Showtime," he said.

Thompson said they are talking to "everyone" in the TV world but stopped short at saying who was the frontrunner. The organization's Aug. 27 show will stream live on Sherdog.com, but Thompson hopes he will have a TV deal in place by the promotion's second show.

* Speaking of its second show, Thompson said "early November" in Atlantic City, N.J., is when ProElite's sophomore event will take place. No specific date or location has been finalized yet.

* One of the main attractions scheduled for the event will be the start of a heavyweight grand prix. But before you roll your eyes at the idea of another heavyweight GP, Thompson says this one will feature mostly "unknown" big men from around the world. Andrei Arlovski and Mark Ellis, who are scheduled to fight in different bouts in Hawaii, could be a part of it if they win their debut fights.

"It will outperform whatever people are expecting," he said. "I'm very excited about that."

* Ticket sales for the Aug. 27 event at the Neal S. Blaisdell Center in Honolulu, HI, have been "strong," according to Thompson. The long-time promoter says he expects to sell at least 5,000 tickets to the event. A sellout would be approximately 7,800 fans.

* When asked about the recent Golden Glory free agents, Thompson said he was "very interested" in having Marloes Coenen fight on the November show. And while he admitted that Alistair Overeem is probably out of his price range, he said Jon Olav Einemo could be the perfect fit for the aforementioned GP. According to Thompson, the lines of communication between himself and Golden Glory head trainer Martijn de Jong, who fought for Thompson in 2002, have just been opened. He sounded very excited at the prospect of signing Coenen.

* Don't expect any title fights in ProElite any time soon.

That's not to say Thompson is down on the quality of his fighters, but he explained that he needs to build the fighters first before putting them in title fights. And if you followed Thompson back when he was promoting SuperBrawl and ICON Sport, you'll recall that title fights in those promotions were scarce.

Check out the full lineup for ProElite: Arlovski vs. Lopez and the organization's new Web site here. A promo for the Aug. 27 can be seen below.